More Sleeping Dogs? That should be a good thing? Right? Of course it is, Sleeping Dogs was one of the best games releases of 2012 in my opinion, and when you get more of this game it should automatically be good. Lets see if the new Sleeping Dogs DLC can keep the praise for Sleeping Dogs coming. 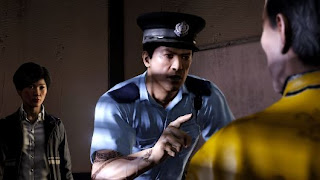 The new DLC named “Year Of The Snake” takes place after the main story and also takes place around the time of the 2013 Chinese New Year. After his actions as an undercover cop which ended up causing tons of damage and costs, Wei Shen has been given a much lesser rank at the Hong Kong Police Department. Once known as the heroic undercover cop, Wei is now dealing with small time crimes as well as doing street patrol around Hong Kong. During one of Wei’s street patrols he sees a car driving recklessly causing Wei to hunt down the dangerous driver but little did he know that he would be in for much more than he first expected.

Wei catches up to these suspects, and ends up finding out that these people are actually apart of a cult group who are guaranteeing the world will end on Chinese New Year. Wei does some detective work, and ends up finding out that this cult group are making bombs that are being planned to set off very soon. That’s all for story talk as this is a non spoiler review. This leads us to the next major part of the DLC, and that is the missions. The missions are a little bit more varied compared to Nightmare At Northpoint’s nonstop fighting missions. Wei will once again have to go undercover at one point to eavesdrop on people at a nightclub, there are bomb threat missions where Wei has to retrieve a bomb to give to the bomb squad in time and finally you get the fighting missions which this DLC seems to have pretty frequently. I thought the missions being a little bit more varied was a good change compared to the past DLC.

With Wei now being apart of the Police Department he now has some new Police skills added to his combat. Wei can now have the option to arrest people during a fight in the story missions or he can be a much more ruthless cop who is not satisfied until his attacker is out cold. Other cop skills Wei gains in the new DLC is the stun gun attack, when Wei has an enemy attack him he can grapple the enemy and press X/Square to now use a stun gun instead of punching in the grapple. Due to these additions I checked what else Wei can now do as the local cop, Wei will now show his badge, and say something along the lines of “Hong Kong Police!, I need this vehicle” when steal… Lets just say “borrowing” a car. Other than that Wei keeps most of his character the same like during fights he can still use environmental finishes and can still leap from car to car, and steal the car without warning. 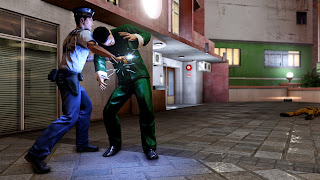 Along with the main story you will also additional clothing, weapons, side mission jobs and a brand new batch of collectibles to find which is just evidence. The main story is pretty short sadly as it only runs for about 1 hour and 30 minutes, add maybe 20/30 extra minutes for the side mission jobs to boost your game time to around 2 hours in total. It’s a shame the story is so short but I wasn’t majorly surprised due to the price of the DLC. If you wanted to play a big new chunk of Sleeping Dogs you will be very disappointed with this DLC but if you wanted a nice short ride then this DLC is for you. I actually was really enjoying the main story of the DLC too, and it deserves some praise but the DLC felt like it was ripped away from me way too soon. Once I finished it I needed more Sleeping Dogs so I just hope that a Sleeping Dogs 2 is on the way.

The Year Of The Snake DLC was easily the best DLC offering from Square Enix for Sleeping Dogs. Although the DLC had some flaws, it still managed to be a pretty good (As well as fun) DLC release. Missions are handled a bit better this time around, lot more additions compared to other DLC’s, and the story itself it quite fun to play too. The story is sadly pretty short but the price isn’t too bad so I would still recommend the DLC if you loved Sleeping Dogs but if you thought Sleeping Dogs was just “good” then maybe you might want to give this DLC a pass or wait for a price drop.