Everyone heard the new yesterday that the Xbox One is receiving a $50 price cut for the holiday. There is no doubt that it will have a ripple effect on the purchase plans of many parents, but it wont just be a price cut that has people clamoring for the Xbox One over the PlayStation 4. For Sony, while they had a great run out of the gate and impressive, even unprecedented, sales to start the console cycle the lack of games is beginning to hurt. What used to be dominated by Sony in terms of exclusive titles has fallen by the way side and the system is looking into the teeth of the likes of games like Sunset Overdrive, the upcoming Halo: The Master Chief Collection, Quantum Break, and Halo 5. 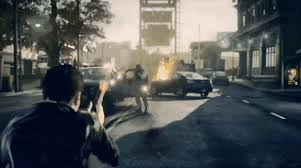 There isn’t only that though for Sony, there is the price cut that everyone is talking about but more than that the fact that in every system that people will purchase this holiday (for the most part) will include at least one game. While the plain-jane system will be available there will be a bevy of choices in terms of consoles that will include a title with it of your choice. Sony may have a white console to go with Destiny but the bone-headed decision to bring the price to $449 is beyond me. It might be the superior system in-terms of raw power and pure output beauty, but that doesn’t mean that everything on the system is better because of it. It surely doesn’t mean that the console should have a $100 price tag higher than the competition when including a game with it. The difference isn’t that vast.

The options are a-plenty with Call of Duty Advance Warfare, Assassin’s Creed Unity and Black Flag, Madden NFL 15, if you can still find one and have the interest in a Titanfall bundle, and not to mention newly released Sunset Overdrive with Microsoft’s very own… White Console. The third party titles are still available across both consoles, both require a subscription to play online, and they both give you perks for subscribing to the premium online. That doesn’t push either ahead, so we must look to the options in terms of games and the price to separate the pack, both of which Microsoft is currently winning. While many called out Microsoft early on because of the $100 price discrepancy between the two with the decision for Microsoft to include the Kinect no one wanted, Sony now must be the one facing the scrutiny for the higher prices and lack of offers. Fans of the system may not think this is a big deal, but with the interest rising in the titles upcoming for Microsoft, the combine price drops, and the inclusion of games this is a tough juncture for Sony.  The system isn’t in trouble and Sony isn’t going to close their doors tomorrow because of this and throw up the White Flag at the top of their castle (yeah we really do forget about Nintendo). Instead, they will find a response, but should that response not come soon their large gap in sales differentials will be seeing a heavy blow during the holidays. The biggest thing Sony must do is give people a reason again to buy a PlayStation 4 over the Xbox One.

That was easy coming out of E3 and upon release when it was announced that the difference in price was so drastic. Instead now, the price has shifted and the exclusives aren’t even there to hold people. The one recent exclusive everyone was so excited about because of its inclusion in the PlayStation Plus catalog of free games and being a full length title was Drive Club, which has had a laundry list of issues and continues to slip at every turn. There could be a price cut coming from Sony for the holidays and should they want to keep their lead and continue to be the pursued instead of the pursuer they will have to make that decision.

We shouldn’t have underestimated the team at Microsoft, they did the same thing Sony appears to being doing with feeling comfortable with the console sales typically falling in their direction in the last console cycle, and thought that success would just mean that people would drop to their knees in worship of the Xbox One, when announced. Gamers are smarter than that, and if Sony doesn’t want to dig themselves the same whole that Microsoft found now is the time to respond. It’s about great games and being the cheapest, or at least tied, for the lowest price on the market. It’s about value and who is willing to give more, to get more in return. The dukes are up and the gloves are off, which is typical around the holidays for most anyways with Black Friday and all.

Microsoft wasn’t ever going to just roll over in the console war. They were never going to just pave the way for Sony to a monopoly. They were just simply biding their time, and learning from their mistakes. They have owned each and everyone of them, and like everything in the news, people have forgotten most of what put them in the hole to begin with. At least it isn’t at the forefront of their minds. Instead, now people are looking at the Xbox One as the console that may just have more to offer. A wall Sony never saw coming, but is running full speed at it and is due for a supreme face-plant against it starting next week.

0 0
Previous ArticleVideo Games, Violence, and AdvertisingNext ArticleCall Of Duty: Advanced Warfare Didn’t Have a Choice, but to be Different