NBA 2K16: NBA 2K16 has some new features and much of what made 2K15 great, back again for another go-around. The blacktop online mode played well, when it worked, and this version seems to be much more steady and stable. The story mode, MyPlayer, developed by Spike Lee himself, feels solid even if about as corny as last years. It at least incorporates more of a complete story than just some casual passing in a hallway between competing players like the last. Dynasty mode adds the chance to act as your own GM just like previous years and remains largely unchanged. The game isn’t going to revolutionize the content but it has what everyone looks for in a sports sim.

NBA Live 16: NBA Live 16 has a solid amount of content as well. Live Pro-Am is like blacktop mode, connecting you with friends and promoting both indoor casual play as well as arena play that is more traditional than the run and gun of the streets. The issues come if you are not playing with people you know as much of the online sports games go, when playing on the same team. It turns into ball hogging and focusing on singular players instead of a team focus. It’s nothing that EA has done wrong, but is the nature of the beast. Dynasty mode exists here too, as does a companion app that, unlike NBA 2K16, focuses on making your player look just like you. When tested, differing from the results at E3, it worked well and put me into the center of the game. However, it becomes a grind to get your player where you want them with no story line to follow and nothing but putting new clothing on them that really changes much about what you are playing. 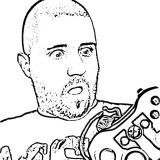 HR Professional by day, Freelance Writer and VLOGGER by night! Check out my opinion pieces at ThisGenGaming.com and while you are at it, jump to youtube.com where you can see my videos from Dumbbells and Joysticks focused on Video Games and Fitness/Nutrition. (You'll also be able to tune into the Video Game side of things on ThisGenGaming too!)
More Posts (37)
Warning: count(): Parameter must be an array or an object that implements Countable in /home/thisgeng/public_html/wp-includes/class-wp-comment-query.php on line 405