Sony have done a good job so far at bringing out AAA’s with games like Bloodborne, The Order 1886 and Until Dawn shining on Sony’s machine but Uncharted 4: A Thief’s End is simply in a whole different league and here’s why we think it will be the PS4’s first must-own game of this generation. The Uncharted franchise has long been a staple of the Playstation brand ever since Uncharted: Drake’s fortune in 2007. Since then, the game has seen 2 more mainline entries and even some smaller titles on PS Vita. However, Uncharted 4: A Thief’s End is the first mainline entry on PS4 (not including the Uncharted remastered collection) built from the ground up to utilise the power of the Playstation 4 hardware. Even since its original reveal in 2013, the game has shined graphically and recent gameplay reveals have proven the game to be a graphical powerhouse. I mean, even the ‘mud’ in the game spawned multiple news reports so you get the idea.

When the Nathan Drake collection for PS4 was announced back in June of last year, the official Playstation blog revealed that the Uncharted series as a whole has managed to sell 21 million games

“Since the launch of the PS4, we’ve seen plenty of requests across our Twitter,Facebook, and message boards all over the internet to provide remastered releases for the first three games in the Uncharted series, which sold an amazing 21+ million copies and garnered an average 92 Metacritic rating.”

That alone should convince anyone of Uncharted’s status as a sales juggernaut. This puts the Uncharted games (1-3) pretty much on par with 2 of the Halo games (3+4) and considering the broader appeal of the Halo series, this is a seriously impressive feat for an adventure game. And that’s without the sales from the Nathan Drake collection this holiday just been so there’s that too. Ultimately, this use of sales figures is just to reflect how significant of a franchise Uncharted is to the Playstation brand and if we consider that Sony has prioritized Uncharted 4 over Playstation’s other big franchise Gran Turismo, you can bet Sony are banking on Uncharted 4 being a bit hit.

If you’re hungry for a taste of just how amazing Uncharted 4 will be look no further than this 15 minute-long clip on the official Playstation youtube channel:

15 minutes of incredible action, stunning visuals, impeccable details and crazy action should be more than enough to sell you on Uncharted 4. Additionally, Naughty Dog are also introducing all new features with Uncharted 4, one of the most prominent of which being the new dialogue options. Before, Uncharted was a very linear, narrative experience and Naughty Dog are enhancing this experience with more open-ended options in the campaign and the introduction of dialogue options. Sony opened its Playstation Experience show with a nearly five-minute excerpt of Uncharted 4 featuring Nathan Drake and his newly introduced brother, Sam. What makes this gameplay, and not a cutscene, are the dialogue options, shown at 2:54 of the video below.

Even though Sony’s PS4 is sitting comfortably in the lead this generation, it’d sure be a big boost still for the PS4 once Uncharted 4 arrives this April. Considering the other 3 games have managed to sell, on average, 7 million copies each in their lifetime (estimation based on the 21 million figure) then Uncharted 4 is undoubtedly going to be one of the biggest system-sellers not only this year, but this generation. Sony and Naughty Dog are marketing A Thief’s End as the last entry in Nathan Drake’s story. Even as early as the E3 2014 cinematic trailer, where Drake has, once again, fallen on hard times, literally, with his face mashed against the shore of a sandy beach. As a result, our favourite treasure-hunting hero calls upon his longtime friend Victor Sullivan “one last time.” This tagline is something Sony have made frequent use of with marketing of Uncharted 4 and that’s probably as a tactic to drive up sales as the conclusion to Nathan Drake’s story will surely be an epic one.

Neil Druckmann, a developer at Naughty Dog issued a statement late last year where the delay to April 26th was announced that

“On April 26, 2016 the most ambitious installment in the Uncharted series will be in your hands.”

And make no mistake, Sony are pulling their full might behind this game. Recently a new custom bundle for Uncharted 4 was announced (one of the better one’s this generation from Sony) and if you think the Uncharted Collection bundle sold well last holiday then just wait until this Uncharted 4 bundle goes on sale. 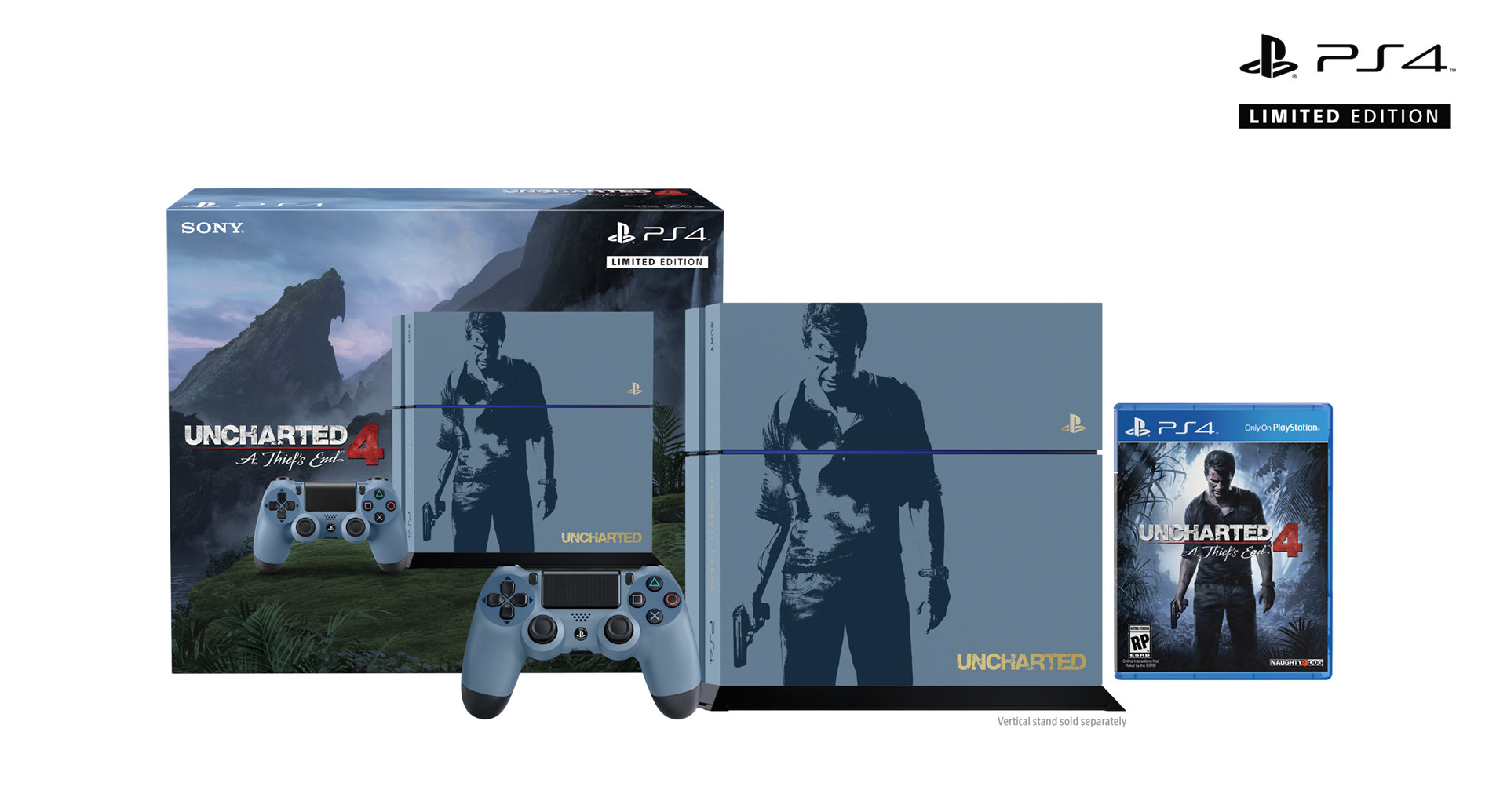 As someone who’s been waiting for that compelling reason to jump on the PS4, I think the Uncharted 4 bundle will have an easy time convincing myself and many others in a similar position to join the near-40 million install base on the PS4.

In another very smart move, Sony and Naughty Dog held a multiplayer beta for Uncharted 4 in December of last year, a perfect way to satiate the fans eager to get their hands on Uncharted 4 and the beta was widely regarded as a success for the game. It wasn’t like the beta for Street Fighter V, according to fan feedback it was a solid, fluid experience that helped players prepare for April 26th. Not only that though because a beta like this also drastically helps drive up hype for the game.

Since Naught Dog are rumoured to be working on The Last Of Us 2 (another highly anticipated game) it seems like Uncharted 4: A Thief’s End might round off the Uncharted series for quite a long while so we expect fans of the series to go out in flocks in support of this game to see the epic conclusion of Nathan Drake’s story.

There you have it, these are just some of the reasons why Uncharted 4 will be Playstation’s first must-own game this generation. While other games such as Bloodborne have attained critical acclaim and a loyal following, the next entry in the Uncharted series is a juggernaut of its own and mark me as excited for April 26th. Are you getting Uncharted 4? Let us know what you think in the comment section below.