Like a politician running un-opposed NBA 2K has had it’s place on the throne of basketball video games all but assured for the past decade. And while each yearly iteration of the 2K series does see a number of welcome changes and new features, much like the politician with no fear of losing re-election the ability to grow stale and let needs go unaddressed becomes far to common. While 2K’s biggest competitor, NBA Live, has been nowhere near a viable challenger in the past, the last entry in the Live series (NBA Live 16) showed promise and that, possibly, the days where it competes with and pushes NBA 2K to innovate may be close at hand. In order to keep it’s grip on the throne secure, NBA 2K will have to address a couple glaring issues and continue to improve upon current features.

All aspects of 2K’s matchmaking and online play leave much to be desired. The problems with online play aren’t unique to this year’s entry and have been well documented in the past. Lag, connectivity problems, long load times, dropped connections, freezing all continue to be frequent problems, whether in online head to head play or Pro-Am play. It’s almost become expected for games to suffer some networking problems immediately after launch but the problems with NBA 2K’s online modes have persisted, in this year’s entry and those of the past, well after launch. 2K’s inability or unwillingness to fix these issues could prove to be it’s achilleas heel, especially if EA can find a way to best them with their Live series.

Today’s NBA is a much faster paced game then it was even a few years ago. Fast break points, long range bombs and quick cutting guards are now a staple of most NBA teams. And while player movement and animations remain a stalwart of the 2K series, at times movement can seem a little sluggish, especially when compared to the real life counter part of the player. As such we would love to see an increase in player speed. Being able to accurately capture the energy and intensity of Russell Westbrook as he barrels ahead coast to coast for a tomahawk slam or the quickness with which Damian Lillard cuts to the hoop or Steph Curry stoping on a dime for a pull up 3-pointer would go a long way to matching the feeling of a real life NBA game.

Much was made about Director Spike Lee’s involvement in 2K16 and his turning the career mode into a cinematic experience, an underdog story of one basketballer’s journey to the pros and super stardom. But what probably sounded good on paper fails to translate into a compelling gaming experience. Not only are the cutscenes that serve to further the story poorly rendered, acted and often times unskippable, but the actual gameplay itself leaves much to be desired. Sure the core gameplay remains the same solid 2K experience but the context that this gameplay is dropped is sorely lacking. There are probably few things less fun than being forced to play through a series of fictional high school basketball games, equipped with sparse and ugly looking crowds/courts, PA announcements and strained Cheerleader chants. 2K would be wise to pull inspiration from another EA franchise, Madden, which has recently, if only for a few brief moments, been able to capture the thrill and excitement of playing in big games. While upgrading your players skills and appearance and taking them through the requisite career mode will always be a desired and integral part of the total package, it would be better to skip the story/cinematic aspects and instead let players experience some of the real games most thrilling moments. Put the player in Lillard’s shoes as he sends the rockets home with his 0.9 game winner. Let the player experience Golden States historic Finals Win. Let us relive what it would be like to score 80+ as Kobe Bryant. That’s why we play these games, to experience what it would be like to actually be there.

Any gamer will tell you that they would probably prefer to have the ball in their hands for the duration of the match but even the most offense only James Harden wanna be can’t argue that there is something supremely satisfying about making a good defense play, blocking a shot, pulling down a rebound or stopping the ball handler from cutting to the hoop. Unfortunately defense is the one aspect of 2K’s core gameplay that needs the most work. It’s far to easy to lose the player you are guarding, for them to skate past you or pull up for a jump shot while your defender jumps to deflect a half second too late. Being able to more solidly lock onto the player you are defending is a must, as well as finding someway to keep the paint from become clogged with every member of the team all jumping and swatting at air with great futility.

The inclusion of Pro-Am was one fans have been asking for for quite some time now but unfortunately for NBA 2K16 the newly introduced Pro-Am feature is the one area of the game that gets beat soundly by NBA Live 16. Not only is the matchmaking a mess, unless you’ve come with a party of 4 other friends, be prepared to stand around a poorly rendered locker room, waiting for other’s to pop in to the game, wonder if the game has frozen as both teams stand on the court unmoving for what feels like an eternity, or be disconnected at any random time, but once you’ve finally get into a functioning game the pace is far too slow. 2K opted to go for a full online 5v5 simulation rather than the more Street ball, blacktop oriented games NBA Live has created. For some this will be preferred but for others, who had to wait an eternity just to get into a game, having to waiting around 30 seconds for the digital referee to let you inbound the ball is about as frustrating as it gets. Another touted feature of 2K’s Pro-Am was the customization, giving players a seemingly endless amount of customization options for making their own court and jerseys and in theory customization is great but more often than not user made courts and jerseys are gaudy eye sores that legitimately make seeing the ball and your teammates harder. Whereas customization in Live’s pro-am is much more palatable and sees players upgrading their outfit, their jerseys, shoes, shorts, etc.

Pro-Am is the feature that, along with the constant networking issues, 2K needs to worry about the most. Things like weekly leader boards and customization are nice but as it stands right now the package and core experience of NBA Live 16’s Pro-Am is just better.

What would you like to see in NBA 2K17? Let us know in the comments section below.

Having been found guilty of crying when, as a child, he did not receive a Nintendo 64 for Christmas, Joshua vowed to, from that day forward, spread the joy and importance of gaming to the world, which he does mostly by talking to himself and his dog, so that in the future no child should find their Christmas tree devoid of a shiny new game console.
Topics2K SportsBasketballNBANBA 2K16NBA 2K16 Vs. NBA 2K17NBA 2K17NBA 2K17 ImprovementsNBA 2K17 NewsNBA 2K17 PS4NBA 2K17 Release DateNBA 2K17 Xbox OneNBA Live 16 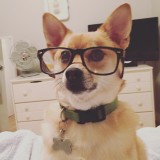 Having been found guilty of crying when, as a child, he did not receive a Nintendo 64 for Christmas, Joshua vowed to, from that day forward, spread the joy and importance of gaming to the world, which he does mostly by talking to himself and his dog, so that in the future no child should find their Christmas tree devoid of a shiny new game console.
More Posts (10) Should More Games Adopt A One Release With Constant DLC Stance?