With the all the AAA produced titles these days, it can really seem like they are all the same and don’t have a lot of variety. From Call of Duty to Assassin’s Creed, they all do the same thing and never change the formula because they know they will sell no matter what and don’t branch out. For me, I like to see changes and things done differently in the yearly franchise titles. One game in particular Watch Dogs tried to be a different game while borrowing mechanics from other Ubisoft games.

When it was shown off years before the current generation systems at E3, it came out of nowhere. A game that is connected to everything and you are able to control everything from just a phone. Sadly, this game failed to live up to the hopes everyone had for it in being a game that could really show what next generation systems could do. From lowered visuals to redundant controls, it was somewhat of a troubled game as it had a few delays and did not preview well. There has not yet been a title that really shows the potential of current generation systems and is the title you think of when thinking of this generation. I feel this is where Horizon Zero Dawn can be that title. Concept art for Horizon Zero Dawn. In early production at the time of this art.

Horizon Zero Dawn started as a long-rumored game that Guerrilla Games were working on. Guerilla Games are a first-party developer for Sony Computer Entertainment who has only made games in the Killzone series. The rumors of the game started as an “open world RPG” which was very surprising as this was a totally different game than what they are known for. The information made available in the news leading up to the eventual reveal of the game at E3 in 2015 at the Sony press conference was very little and all that was known is the type of game it is going to be, some concept art, and that Guerrilla Games had been working on it for 2 years which was unveiled in a video from PlayStation Japan where Guerilla games said they were working on it. It had been revealed a few months before E3 2015 that Guerrilla Games would be showing off their game.

The reveal was very well received and I was left very impressed. The gameplay they showed revealed the setting of the game which is where technology has led to the downfall of civilization and has set the human race back into the prehistoric ages with some technology they are able to use at their disposal. The character you can play as or do play as is a woman named Aloy. She has red dreaded hair and wears tribal type clothing and uses a bow to fight the robot type creatures. The gameplay looked very solid and incorporated elements of Uncharted and other open world type games. The gameplay showed Aloy taking on a giant type robot dinosaur in a very acrobatic ways using her bow to take down the dinosaur and shoot a vulnerable part to destroy it and salvage its parts. It received many accolades for its showing having just been announced and many people were impressed. 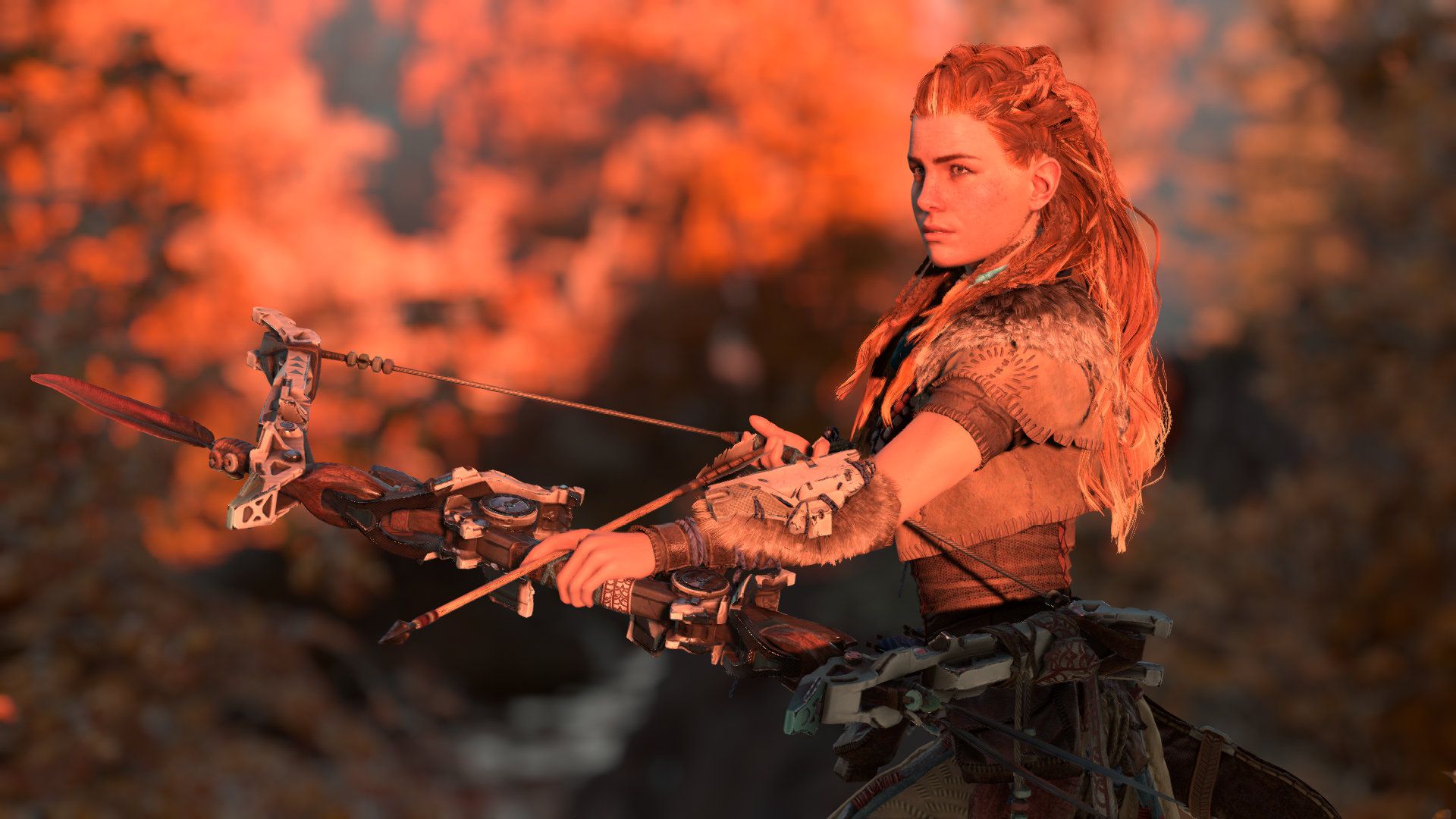 With all new games shown off, there are reasons to be skeptical with how it will turn out due to how a game like Watch Dogs turned out. I do not feel this will be the case with this game. The game was in a very stable, polished state when it was shown and many game writers who saw more of it behind closed doors said that it played very well and looked very good. Guerrilla Games also had been working on this game for over 2 years before saying anything and is expected to be released this year. I feel this speaks volumes to most games that are announced years before they are released and where solid gameplay is not even shown until later. This is also is a brand new game that Guerrilla Games is doing.

They have not done another game besides Killzone since it was first released on PS2. They may not have worked directly on each game in the series, but they were involved with each game. I find it really awesome that they are now being able to do their first original game since Sony had them work on Killzone and while I am not a big fan of that series, it is very well made and I have full faith in them that they will make Horizon Zero Dawn fantastic as most of the Killzone games have been well reviewed. The gameplay and mechanics shown in what we have seen so far seems very promising too. It does not seem that there will be any guns at all and the weapons being used will be hand weapons such as the bow.

It is very ambitious to include weapons such as this in an open world type game and adds a layer to how you play. You have to conserve the ammo you have, make it, and can make tweaks to the weapons you have. The story seems lifted out of a sci-fi movie, but some really awesome things can be done to make it different than a movie like that. Another positive thing is that it seems like the main protagonist you play as is a woman, which is always welcome from the standard male character who seems just one-sided.

I am certain that we will see more of Horizon Zero Dawn at E3 this year and likely a release date. If it ends up getting delayed, that will be unfortunate. But, for a game like this, I want them to take the time they need to craft it and make it a great new game they will hopefully be able to make into a future series. I have a lot of hope and faith that Guerrilla Games will make this a breakout title for this current generation and make it a must play game for the Playstation 4.

Do you think Horizon Zero Dawn could be the next breakout video game of the 8th generation? Let us know your thoughts in the comments section below.