“5 Game Franchises We Want Back Right Now (sort of)”

New intellectual property gets me going in the morning. I love games that push the boundaries of what is possible in storytelling and gameplay, but there is something about a classic that plucks my heart strings in ways new IP cannot. I have a couple of theories as to why this is, but ultimately I believe it is because there are moments in our lives that we want back from our childhood that center around video games. With this thought in mind I want to do two things in the next few moments that you promise to stick with me. First, I will spare you the agony of hearing my gamer stories growing up. Secondly, however, I will share with you five game franchises we want back. Note: These are NOT the “best” five game franchises that went away and need to come back, simply five that I would enjoy more than any other.

Rygar is top of my list for game franchises I wish would be brought back. As a sharp 5 year old I took my best shot at this classic side scroller to no avail. It got the best of me between T-Ball practice and picking on my siblings. Calling the old Tecmo team that put this game together! Let me get a shot at redemption in beautiful 60fps. I really don’t care what they do with it or how it’s made, all I want is to throw that little shield and watch bad guys boom. Redemption this deep could go a long way to solving some of my long standing self esteem issues.

Tecmo Super Bowl. EA and the Madden franchise have lit the world on fire in recent years when it comes to great NFL games, but just like FIFA got a healthy challenge in Pro Evo Soccer so does Madden need some competition in the professional football landscape. The pay to win nature of the only Ultimate Team needs to stop before some fresh player loses more milk money that is robbing him/her of their valuable nutrients! Pro Evo took an ugly mirror to the FIFA franchise and they are now both better for it. Madden needs healthy competition and Tecmo Super Bowl is just the franchise to do it. As long as they keep Super Bo Jackson out of the game it should fair well.

Tetris. You know what would shut those mobile game lovers up better than anything else? You know what would crush every piece of candy into oblivion? Tetris that’s what. Tetris was meant to be played on a hand held gaming specific devise or in a medically certified Mario format. That’s right mobile game players. Them’s fightin’ words. Get off my lawn and leave the puzzle games to the professional. I’m looking for Tetris to make a big comeback as one of the franchises I miss more than any other in my cranky old age (I turn 30 in two weeks so give me some grace).

Duck Hunt. You know what’s better than shooting large pixelated ducks across an open field with a sarcastic dog laughing at your every miss? Nothing is the answer for which you were searching the bowels of your heart. I can remember many a day shooting that plastic orange gun at the screen hoping to bag more birds than my baby brother. Imagine playing an updated Duck Hunt. That laughing dog could come fully stocked with one-liners written by some of today’s best dunking booth clowns like Dane Cook (you know since no one has seen him since his terrible failure at a movie career). The only change I would ask that they make in continuing this wonderful franchise is that it would include the ability to shoot the dog with a heavy tranquilizer if he didn’t watch his tone. Please Nintendo, make this little boy’s dream come true.

Track and Field. Speaking of making dreams come true, my final game on this list would put me back atop the winners circle one last time if my wishes came true. Track and Field by Nintendo put you in the shoes of some of the best athletes in the world. For those of you who played, you may remember it was not the gameplay that got you most excited about this title, but rather the game pad! I kid you not people, there was an electronic pad that tracked your movement on buttons to determine which member of your family and friends was the olympic god sent from Olympus. True champions found out the best way to win in every contest and set new world records was not to obey the rules of the game but to get on your hands and knees cheating your way to success. The only thing faster than my feet were my hands, and let me tell you Usan Bolt has nothing on these mitts.

There you have it ladies and gentlemen. These are my five game franchises I wish would come back, sort of. I’ll be back later this week with an updated list of games that truly deserve their moment in the sun with some imaginative alterations to bring them up to speed. For now, enjoy the comment section by bringing your own 5 guilty pleasure games to the table! I hope you were able to recall some good times that I could not!

Les is the Husband and father of 2 (soon to be three). He has been playing games since childhood, getting his start with “Blades of Steel” and graduating through every system since then. He often fills his time hosting events for Dads Gaming where he is one of their community managers (dadsgaming.com). While he can often be found playing most FPS, he’s not afraid to jump into a good ole fashion RPG. Les has been writing professionally for four years after earning his masters degree is 2012. Any questions for him can be directed towards @LesGetGaming on twitter, /r/lghughes3 on reddit, or lesgetgaming@gmail.com.
TopicsConsoleDuck HuntgamesGamingGaming FranchisesN64NESnew ipnintendoOld School Gamesps4RetroRygarSegaSNESTecmoTecmo Super BowlTetrisThrowbackTrack and FieldUpcoming Gamesxbox one 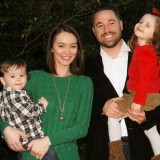 Les is the Husband and father of 2 (soon to be three). He has been playing games since childhood, getting his start with “Blades of Steel” and graduating through every system since then. He often fills his time hosting events for Dads Gaming where he is one of their community managers (dadsgaming.com). While he can often be found playing most FPS, he’s not afraid to jump into a good ole fashion RPG. Les has been writing professionally for four years after earning his masters degree is 2012. Any questions for him can be directed towards @LesGetGaming on twitter, /r/lghughes3 on reddit, or lesgetgaming@gmail.com.
More Posts (13)