By now most gamers are aware of Sony’s project Neo, but if you are not, it seems Sony is getting ready to release a new and improved version of the PS4 that will include better system specs. At the moment no release date is set in stone but rumors say it will be released by the end of this year. Between the PS4.5 and Sony’s VR headset, it seems like their presentation at E3 this year will mostly be focused on new hardware.

So what does this mean for Microsoft? Should they try to compete by releasing a new version of the Xbox one? No, even though a slimmer model would be nice. Let’s face it, the Xbox One sales aren’t quite up to par with the PS4 sales yet, so I don’t think Microsoft jumping the gun on a new console will help sales any time soon. Fans will be reluctant to spend that kind of money again on a new console after they just bought theirs a few years ago.

But what will Microsoft show at E3 if not hardware? Simple answer, games, and lots of them. We can look back to last years E3 for an example of what Microsoft should do this year. Last year Microsoft came out with the big guns, announcing that Xbox 360 games would start becoming backwards compatible for Xbox One.  But they couldn’t just leave it at that. Microsoft also revealed 5 console exclusive games that would be coming out over the course of 2015 . The Rare Replay collection, Halo 5, Rise of the Tomb Raider, Forza 6 and Fable Legends were shown, as well as others, including  Gears of War 4 and a new open-world pirate game from Rare, Sea of Thieves that is scheduled to come out this year.

Microsoft’s best bet to “win” E3 this year is to show people games that they would want to play, games that people have been waiting for. Personally, I want to see more information on the new Crackdown game and finally an actual release date for Cuphead.  Another thing that could aid Microsoft in securing the win would be a few surprise games such as new IPs like their announcement of Sea of Thieves last year or a few unexpected sequels. The one surprise I am really hoping for at this years E3 is a new Battletoads game from Rare.

At the end of the day I think more fans care about the games they are playing and not how good their consoles’s specs are. People want games that will be fun for them, games that will submerse them into a new world. I know that I always look for games that will be a breath of fresh air because a lot of game franchises have grown stale in the past few years. Microsoft just released Quantum Break which has my favorite story of the year so far. Some of the concepts of Quantum Break were so fresh and the game kept me glued to my screen. Microsoft needs to show us more games like that, games that will make people want to buy them or sway the people that have not jumped into this current generation yet.

If Microsoft wants to win the fans over, they just need to show the best games that they having coming out like they have been doing and not worry so much about hardware upgrades like Sony.

A musician with a passion for video games. Xbox One is my console of choice. Living in the Sunshine State. 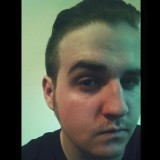 A musician with a passion for video games. Xbox One is my console of choice. Living in the Sunshine State. What I'm playing: Alan Wake (Again), Blood Bowl 2, Rocket League GT: tylerw1212
More Posts (3) Microsoft Fired A Humongous Shot At E3, And It Has Me Extremely Excited For The Future Of Xbox

Who Had The Best Exclusives At E3 – Sony or Microsoft?