Thanks to a user on Reddit by the name of Criop20 it seems all but confirmed the next Battlefield will be set in some version of WW1. From what we can gather, he’s wearing the trench coat in a ‘cape style’ and is carrying a Mauser C96 and trench club/grenade with a Zeppelin in background.

A new poster image has just leaked confirming the next Battlefield will be titled ‘Battlfield 1’: He also seems to be carrying this Sterling SMG on his hip:

The Sterling submachine gun is a British submachine gun. It was tested with the British Army in 1944–1945 as a replacement for the Sten but it did not start to replace it until 1953. It remained in use until 1994, when it was phased out at the end of the phase-in period of the L85A1 assault rifle.

Alternatively, it could also be a MP18 SMG:

The MP 18 manufactured by Theodor Bergmann Abteilung Waffenbau was the first practical submachine gun used in combat. It was introduced into service in 1918 by the German Army during World War I as the primary weapon of the Sturmtruppen, assault groups specialized in trench combat. Although MP18 production ended in the 1920s, its design formed the basis of most submachine guns manufactured between 1920 and 1960. Either way, this at least confirms we will be going back to World War One in the next Battlefield game, whether it’s an alternative version or not remains to be seen.

As you can see, the solider also appears to be holding some sort of spiked melee weapon. Well, this indeed looks like a ‘trench raiding club’ which were homemade melee weapons used by both the Allies and the Central Powers during World War I. Clubs were used during nighttime trench raiding expeditions as a quiet and effective way of killing or wounding enemy soldiers: 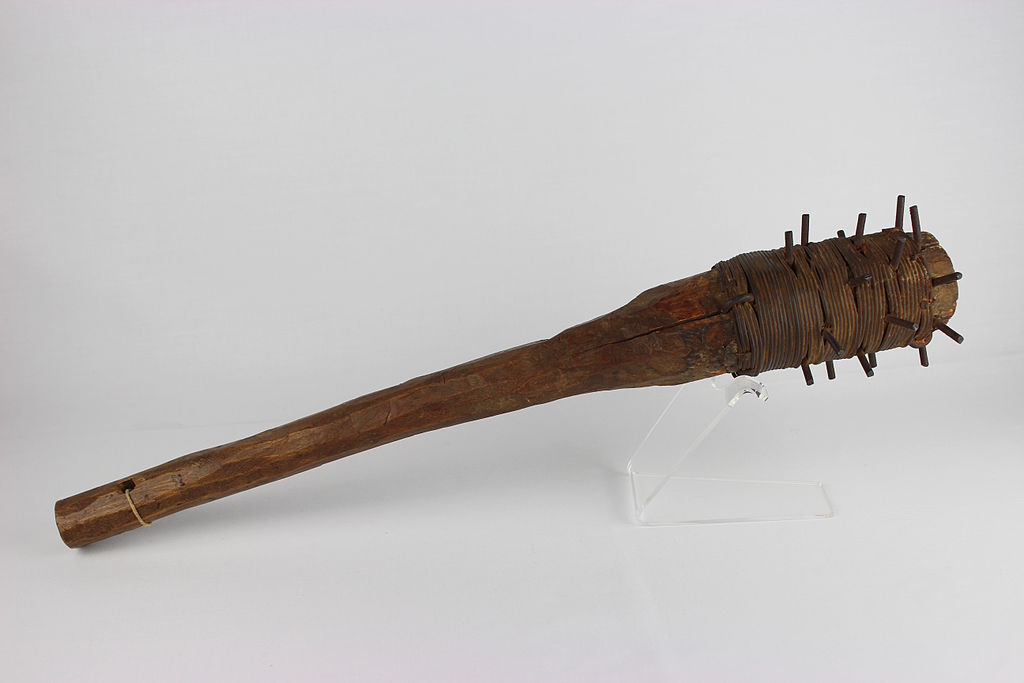 0 0
Previous ArticleAmazon Canada Has Shipped Out Copies of Uncharted 4 EarlyNext ArticleWith Battlefield Going Back to WW1, Will It Take The FPS Crown From Call of Duty This Year?