There are a handful of games that let us play as a female protagonist that worked incredibly well. For example, Tomb Raider (a franchise that has been going since 1996, which has never failed to impress) Mirror’s Edge and The Walking Dead: Episode 2, and in this list we’ll be discussing some franchises’ female character that could benefit from a spin-off, putting them in the spotlight.

If you’ve played the latest Witcher game, you know how freaking badass Cirilla Fiona Elen Riannon, or more commonly known to us as Ciri, really is. After Geralt lifted a curse from Duny, the Urcheon of Erlenwald, he had one demand from Pavetta, Duny’s wife. This was for their firstborn child who is the rightful Princess of Cintra, ad during the Nilfgaardian invasion of Cintra, Ciri was kidnapped by a knight – after managing to escape, she was adopted by a merchant family who had previously helped Geralt.

Ciri in The Witcher 3

The two were reunited after this, which then allowed Geralt to take Ciri back to Kaer Morhen where she was supervised by everyone’s favourite sorceress, Triss Merigold, where she underwent partial Witcher training, sans mutations, along side Geralt, Vesemir, Lambert, Eskel and Coën. Without spoiling too much of the brilliant story, Ciri is one of the main points and we follow her throughout the third in the series. We are able to play as her on multiple occasions and it’s unbelievable how powerful she is. I can definitely see Ciri being the main character in a game by the developers, perhaps taking a bit of a step away from Geralt for a bit to try out a new protagonist.

Alyx Vance is Half-Life’s second most important character, frequently seen alongside Gordon in the long living series of games. She is a very prominent figure in the campaign against the Combine and could easily be seen as one of the leaders of the Resistance.

“Aren’t you going to speak up for me, Gordon? “―Alyx Vance

As a youngun, Alyx lived with her parents Eli (another resistance member we see frequently in the games) and Azian in the Black Mesa Research Facility as her father was a Sector C Test Laboratory worker. During the Black Mesa Incident, Eli managed to escape the facility with Alyx while his wife unfortunately, was killed. The frequently seen G-Man was a very instrumental member during the rescue of Alyx even though she doesn’t remember it, nor him.

Alyx was raised in the world controlled by the Combine at Black Mesa East, and had frequent encounters with Isaac Kleiner, another character we see along the long line of gameplay – not only this, Alyx’s childhood was full of events such as the creation of Dog who was designed by Eli to protect her. There is far more that meets the eye with Alyx and although a sequel to Half-Life 2 is unlikely to happen, I could definitely have another game featuring Alyx as the protagonist.

Mara Jade Skywalker is one of the lesser known of the family. During many different time of her life, she undertook many different tasks – notably the Emperor’s Hand and Jedi Master who was a member of the Jedi High Council. While under the Emperor’s command, she became his own personal assassin, taking out Rebels and Imperials – receiving professional training from experts in different fields, including the force, of which she became a high-level force operative.

Mara Jade with her trademark lightsaber in Nar Shadda

Mara Jade was given a final task before the inevitable death of Emperor Palpatine, to kill Luke Skywalker – although upon Palpatine’s death, she turned rogue and join the smuggler chief, Talon Karrde, later moving up to be his second-in-command. She worked  with many different people from the Star Wars universe, eventually leading to working with Luke Skywalker himself and on a mission to Nirauan, they realised their love for each other – leading to Jade taking the surname Skywalker and devoting her life to the New Jedi Order and becoming a Jedi Master. There is so much in the story of Mara Jade, with the people she met and interacted with as well as the missions she went on before and after her Jedi appointment. She would be another brilliant addition to the Star Wars line of games.

Alma Wade is the main antagonist throughout the F.E.A.R series of games, who is a very powerful psionic seeking revenge against Armacham Technology Corporation from their abuse and usage of her in their secret projects and experiments, seeking to make financially advancements through her powers. She was, unfortunately, a very troubled child, who was unwillingly gifted with very powerful psychic powers. At the age of 3, the Armacham Technology Corporation whom she frequently battles in the games, inducted her into Project Paragon – testing her for every known psychic ability. 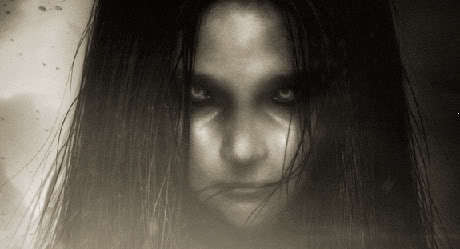 Alma is capable of linking her mind with the son she gave birth to at only 16, Paxton Fettel, who appears in all of the F.E.A.R games. She is able to use him for her own personal revenge, telling him to “Kill them. Kill them all” during F.E.A.R’s intro, before freeing him from his sell. She is also able to kill people with a psychic attack that liquefies all of their flesh, leaving a blood-drenched skeleton behind. Not only this, but she can create a number of different hallucinations and perform pyrokinesis. Alma is undoubtedly a very powerful little girl, who has her own very dark storyline. I, for one, would love to get back into the F.E.A.R series and see her before and after the events of the games.

Anya Stroud, Lieutenant in the Coalition of Ordered Governments army went kinda unnoticed during the first two Gears of War games, however during the third, players were given opportunities to play when developers decided to give Stroud more of an energetic role in the game. She is the daughter of the army’s Major, Helena Stroud and joined the army to follow her mother’s footsteps, however she didn’t serve as a frontline Gear, instead becoming a communications officer and served under her mother during the Pendulum Wars. This is where she met everyone’s favourite, Marcus Fenix, and fell deeply in love (aw).

Lieutenant Anya Stroud is the radio assistant of the Delta Squad

Stroud continued to serve as a controller in the CIC during the Locust War after the death of her mother during the Battle of Aspho Fields – becoming even more heartbroken when the love of her life, Marcus, was tried as a deserter and sent to prison 10 years after Emergence Day. Upon the Lightmass Offensive, she was reunited with Marcus and a longtime friend, Dominic Santiago. If she’s not sounding badass enough already, she was also a major part during Operation: Hollow Storm and the Second Battle of Azure. There is far more that we can see of Anya, and with Gears of War 4 on it’s way, I’d love to see more of Anya in the game to come.

These are just some of the characters I think are more than worthy of their own spin-offs, but what do you think? Perhaps there are a few we’ve missed off the list here, or maybe they don’t belong in a game at all? Let us know down below in the comments who you’d like to see in their own game and why!

0 0
Previous ArticleNo Man’s Sky Potentially Delayed Once AgainNext ArticleThe Developers Behind The Order: 1886 are Going to Announce a New Multiplatform Game Next Week