You’ve heard the news by now, Sony will not be showcasing it’s half-gen console, codenamed Neo, at this years E3. I’m all for holding off until the product is ready, after all the last thing we want is to see an incomplete build, but it’s also a bit odd that Sony seems so dismissive about showcasing what this half-gen can and will do. Things get a little more complicated as well, since this can actually open the door for Microsoft to create some much needed hype for their half-console as well.

Timing can’t be any more perfect for Microsoft to make this move. The rumored half-gen Xbox, code-named Scorpio, is supposedly 4x stronger than the current gen Xbox One. Just that is interesting, but if the info that was given to Polygon is correct, there is also a 1.5x power increase over the PlayStation 4 Neo as well. This means, that once again, Microsoft may actually have the advantage of owning the most powerful console on the market again. This opens a lot of doors for them and could recoup some of the massive lead Sony has created in this new generation of the console wars.

By bringing the Scorpio to E3, all eyes will be on Microsoft and their new lineup of games that actually use 4K tech and hopefully host great frame rates as well. As the press won’t have anything to clamor over at the Sony camp, other than the PlayStation VR, Microsoft could truly drown Sony in a hype-wave before any real details of the Neo become available. It creates the opportunity for Microsoft to completely hog the spotlight. It doesn’t necessarily mean that either system will be better than the other, but with their recent struggles, it creates an easy slam dunk for Microsoft.

There’s still some info we don’t know about either console yet though. Rumors have stated that there’s a very real possibility that the Scorpio and Neo may not offer native 4k gaming and will instead upscale 1080p. There’s also talk that the Scorpio may ship with Oculus support included, this would mean the Scorpio could potentially take advantage of Oculus’ already established library of titles and give Microsoft a console advantage with both AR and VR options once HoloLens happens. Scorpio also has rumors abound that this console may actually allow for external video cards, so there’s real possibility that 4k 30FPS gaming could actually be a thing.

There’s a lot to be excited about from Microsoft, if the Sony specs that have been linked are correct. With an Octo-core 2.1GHz CPU amd 8GB of GDDR5 memory and a proprietary AMD GPU, the Neo isn’t going to be a slouch. If the Scorpio ends up outclassing that, Microsoft may have found its second wind. There hasn’t been any leaked info on the Scorpio as of yet, but buy seeing the rumored specs for Sony’s system, it takes simple math to know that it very well could be a definite attention grabber.

Let’s hope that Microsoft takes advantage of this opportunity on June 13th, when they have their pre-E3 press conference to show off their latest toys. With Microsoft hinting that they’ll be doing things that they’ve never done before, there’s certainly a card up their sleeve here. We’ll find out what that card is in just a few weeks. 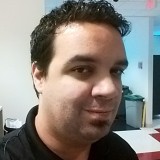 PlayStation Days of Play 2019 Offers Discounts on Consoles, PSVR, Games, and More from June 7 to June 17