With the recent rumours of a Skyrim remaster being released and announced during E3 2016, some more pretty exciting news has hit the scene, with a website putting up a definitive edition of the game up for sale. A definitive edition is usually released by the initial developer with some form of an update either graphically or in the engine, and with all DLC included, which is why something like this would be a huge thing to go on. 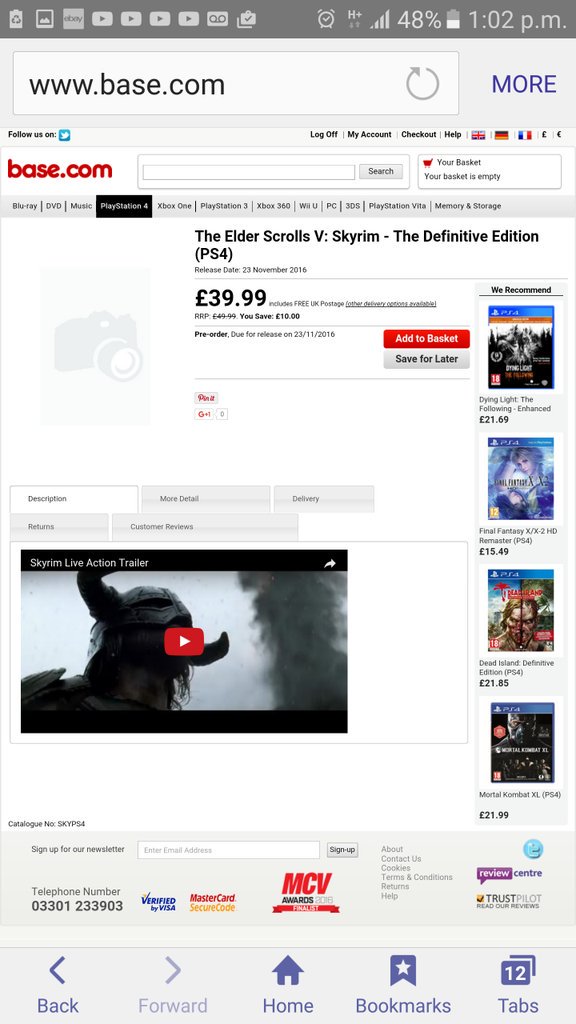 The release date of the game is set to be November 23rd, 2016 according to the website. We cannot wait for further news regarding the possible edition being produced, and we will be updating you as soon as we know anything else.