Yesterday’s Nintendo Treehouse event provided us with no shortage of the upcoming Zelda game which has since been given a proper title — The Legend of Zelda: Breath of the Wild. A very fitting title to say the least as, from the gameplay we have seen so far, this latest entire seems to be breathing new life into the Zelda franchise with its stunning environments and immersive gameplay. While we did not really get to see much of anything else, I believe Nintendo played their cards right for this year’s E3 show. “The Legend of Zelda: Breath of the Wild” allows players to play out an adventure anyway they choose.

The truth of the matter is, when we get down to it, not a lot about Breath of the Wild was really divulged. Because of how Nintendo decided to go about showcasing this game, the only things we learned about the game was what came up during the gameplay segments. Understandably, with the sheer size of the game, I don’t see how Nintendo could have really showcased the game any other way. Between the constant reminders from Nintendo officials and the commentators during the gameplay segments, it is obvious that there is a very heavy emphasis on open ended exploration — creating your own unique adventure. And what better way to show this off than to showcase different people playing? There is seemingly an infinite amount of ways to play through Breath of Wild and an infinite amount of things to do. The way that Nintendo chose to showcase the game led to me seeing the amount of different ways you could accomplish a task in the game — like what Bill Trinen did with his little… explosion “project.” With so many different playstyles showcased and explored during yesterday’s Treehouse event, there was sure to be something for everyone to get excited about. The gameplay footage from yesterday’s Treehouse event leaves quite a lot for fans to discuss.

Focusing on one game for an extended amount of time also allowed for conversations to not only pop up but also to grow. It truly felt like a community coming together to discuss and ultimately get excited for this fantastic new Zelda game. If Nintendo had just treated this like any other E3 and went with another generic Nintendo Direct, then any excitement for the newest Zelda game would have been drowned out in all the sea of announcements those typically bring. Because Nintendo devoted so much time to showcasing Breath of the Wild, conversations had ample time to develop. Time that was very much needed seeing how there is a lot to shift through just from what we’ve seen so far. With so many possibilities to explore in the latest entry in the Legend of Zelda series, these gameplay segments were a great way to get people talking and thinking about all the different things they can do. The world of “The Legend of Zelda: Breath of the Wild” is proving to be larger than we could even imagine.

The biggest take away from all of this is the size of the world in Breath of the Wild. All the time put into presenting this new world was really to show off how much there is to explore. A handful of hours is nowhere near enough to fully realize everything this game has to offer — the gameplay segments were barely scratching the surface. Nintendo has shown off a lot of what Breath of the Wild has to offer — but left just enough in the dark to leave fans craving for more.

While it was a rather risky move on Nintendo’s part to dedicate quite nearly the entire E3 show to just The Legend of Zelda: Breath of the Wild, I do believe that, at the end of the day, it was the right choice.

What do you think? Did Nintendo do the right thing by focusing on Legend of Zelda: Breath of the Wild or should they have done something else? We want to know, so leave your comments in the section below!

Hello there! I'm Gina, a writer for ThisGenGaming, a business student who has put more hours into Pokemon X than I would like to admit. My history with Nintendo dates back to the N64 and I've been a fan ever since.
I mainly stick to RPGs as I am a big fan of "Pokemon", "Fire Emblem" and recently "Yo-kai Watch."
In fact, it's my dream to help with the next big rpg and I hope I make it there one day!
Topics2016 Nintendo E3Breath of the WildE3Legend of ZeldaLegend Of Zelda NewsnintendoNintendo E3Nintendo E3 2016Nintendo NXNintendo TreehouseThe Legend of ZeldaThe Legend of Zelda: Breath of the Wildwii uZelda Breath Of The Wild 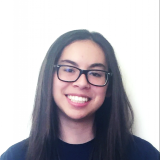 Hello there! I'm Gina, a writer for ThisGenGaming, a business student who has put more hours into Pokemon X than I would like to admit. My history with Nintendo dates back to the N64 and I've been a fan ever since. I mainly stick to RPGs as I am a big fan of "Pokemon", "Fire Emblem" and recently "Yo-kai Watch." In fact, it's my dream to help with the next big rpg and I hope I make it there one day!
More Posts (7)

If The Nintendo NX Is 4K, It’s A Must Buy Console