Xbox One & Xbox 360 owners have had the chance to enjoy the excellent Rise of the Tomb Raider since November of last year and PC users got their hands on the title in early 2016. Microsoft played a vital role in the publishing of Rise of the Tomb Raider and as such gained a timed exclusive deal for the game. Now, the PS4 release is drawing near. The images you see below are courtesy of piccio_ssl on NeoGaf 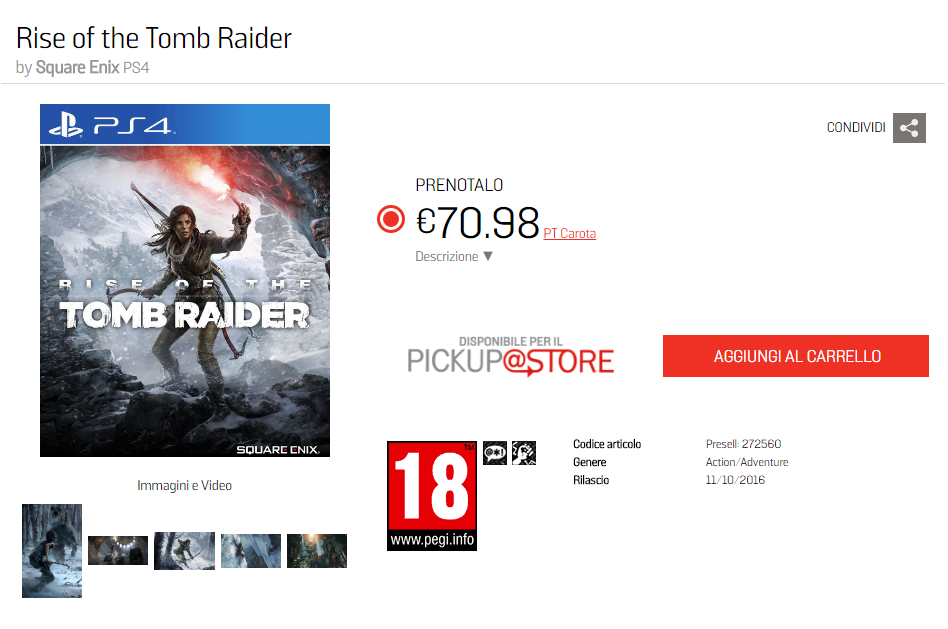 This gives the PS4 version a release date of 11-10-2016 but the price is in Euros. However, Amazon has shed some light on the pricing for the US version of the game thanks to this listing which shows a $60 price tag. Some users who were and have been upset over the exclusivity deal with Xbox were hoping that the game might be available at a reduced price for PS4 owners after this long wait but that doesn’t appear to be the case. As more information comes out, we here at ThisGenGaming will keep you updated.