In a Q&A concerning the upcoming release of Rise of the Tomb Raider on PS4, Crystal Dynamics Community Manager MeagamMarie took to the Square Enix forums to share some more details. It’s quite a lengthy post but one thing in particular caught our attention, it’s buried down in the post but the post mentions that:

Is VR Support coming to any other platform?
VR support for “Blood Ties” will only be available on PlayStation 4 at launch.

It’s clear that the intent of using the words “at launch” at the end there is because there’s a good chance that this mode will be playable on VR on other platforms. Vive, Oculus and other VR solutions are already on PC and could come to Xbox One in the future with Project Scorpio due to arrive in 2017.

The “Blood Ties” chapter, which will let you explore Croft Manor and unlock its mysteries in a new story mode, then defend it against an undead invasion in “Lara’s Nightmare.” 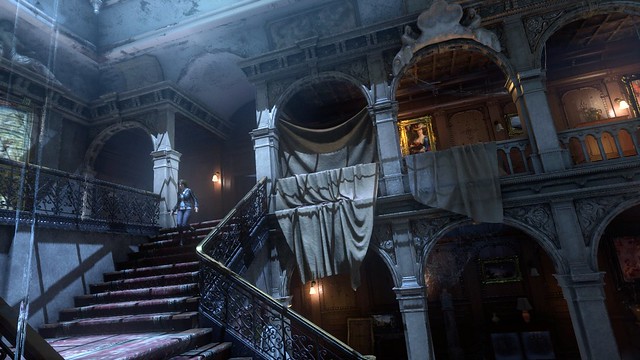 The Manor also offered a great opportunity for us to investigate the possibilities with cutting edge VR technology. So for the first time in franchise history, you’ll be able to play “Blood Ties” in first-person through Lara’s eyes!