One of the worst things that can happen with any huge game release is the hype ruining it. The fans of the series will pump it up as much as it can with their hopes for the release and when it finally comes out with hardly any of the features they wished for, awful graphics, a generic storyline and a handful of game breaking bugs, it makes you wish it had never existed whatsoever. These are just a few games in no particular order that we feel had the whole world in the palm of their hand and screwed their plans up completely.

Now, I know most people might think this is a very odd addition to a list like this, but hear me out. Anybody who played Far Cry 4 can’t honestly say that many of the features and gameplay were similar to it’s predecessor Far Cry 3 which, mind you, was an incredible game. To me, Far Cry 4 seemed like more of a DLC than an entirely new game which ruined the whole thing for me.

The similarities of the two are uncanny, from the animations, gunplay, attacking and outposts. Not to mention the crafting system is pretty much exactly the same. I’m not saying that there are not new things that we could see – there were new animals, vehicles and the location was different. We had a grappling hook and we were able to fly vehicles as opposed to gliding with a wingsuit (which still exists in the game).

The main antagonist is another arguably insane man, who we  have brief encounters with and the initial reason that we’re caught in the first place. Remember that definition in Far Cry 3? Insanity is doing the same thing over and over again and expecting different results. That wasn’t really the plan you’re supposed to stick to when you’re making games Ubisoft.

Call of Juarez: The Cartel

Remember the iconic western series that put you in the shoes of a cowboy, riding horses and shooting bandits in the desert? Yeah, forget everything you know before you pick up The Cartel because they decided to completely ignore that genre and move onto something else that we see literally every year as opposed to something that actually worked.

The case was the first hint that it was going to flop. A man wearing bulletproof armour with POLICE written on the front. That’s not what cowboys looked like, right? Their intention was taking more of a modern take on what we know of the Wild West, with a Mexican drug cartel bombing a US government building. The story is odd to say the least and I got stupidly confused half-way through. I don’t think I ever finished it because of how boring the whole thing really was.

Just try and tell me this doesn’t look ridiculously corny?

When I picked this game up, I’d had a prior thought that this was going to be a hit. A new change was odd but change isn’t always too bad, maybe we’d have some sort of flashback for Ben McCall, the LAPD detective who is a descendant of former protagonist Ray McCall that put us back in the scenes we’re used to but we weren’t. The game failed to meet all and any expectations and really, they shouldn’t have gone down the route they did.

A list about games ruined by hype would be nothing without the addition of Watch_Dogs. I personally felt the game did quite well, even though the footage we were show during E3 was completely different to anything we played. Many other professional video game journalists also agreed with IGN giving it a hefty 8.4 out of 10 and Polygon, 8 out of 10 but many players failed to see the hype that other sites gave it and there are many reasons why. 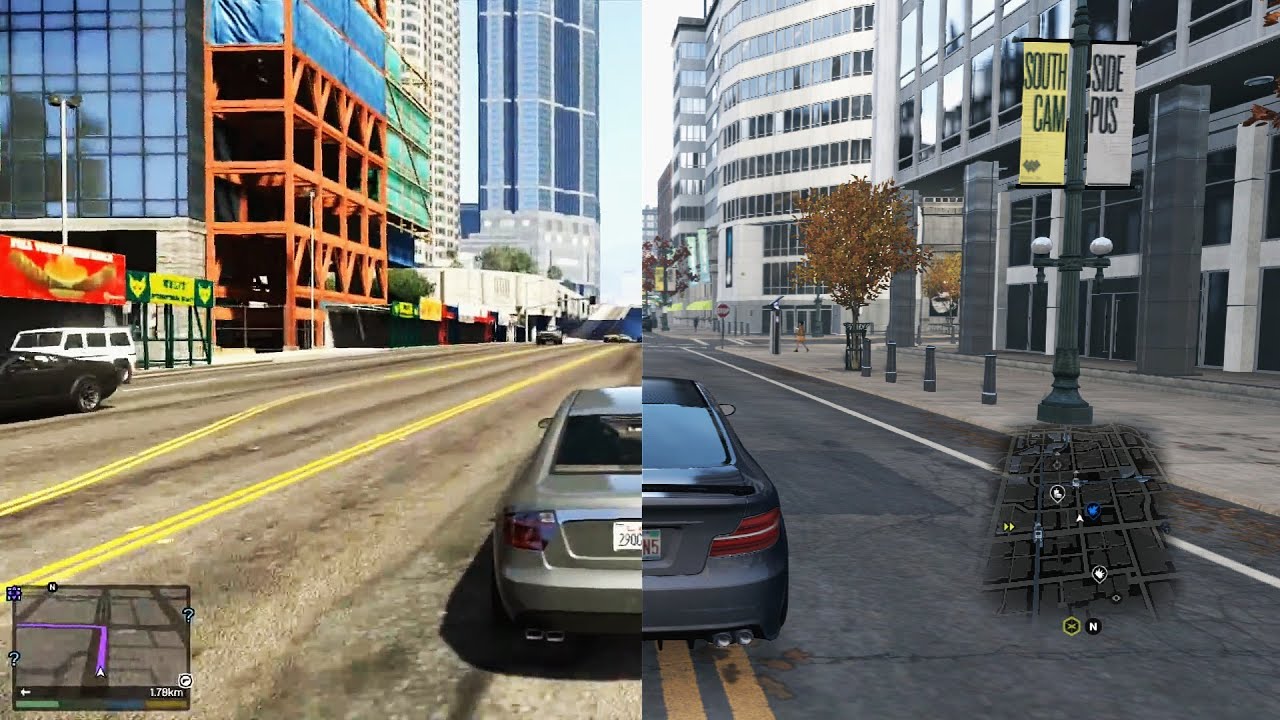 Comparing it to the likes of Grand Theft Auto, the driving was pretty crap and lacked any features that we saw in games in the same genre. We are able to play side missions but they start feeling incredibly repetitive and boring with the same scenarios being repeated over and over again. But the campaign really was incredible, and the selling point of being able to hack into almost anything and everything really is fun.

But the thing we have to remember here, is that the quality of graphics changed on release and not in a good way. When we were provided with the E3 2012 trailer is what pissed a lot of players off as the graphics we were given were dull in comparison and because of this, people hyped it up way too much for the graphics to live up to the standards we set. This has made many people question whether or not Watch_Dogs 2 is going to flop or succeed, or fall victim to it’s own success. I guess we’ll have to wait and see.

This game is one of my favourites, but I also loathe it. When I first began playing this game, I realised that it was going to be one that could easily top the list of games I’ll be playing for years, and it really did – but as many pay-to-play games are, the only real way of progressing was to buy a subscription which I usually didn’t have a huge issue with, but this game made it an issue.

There might’ve been times where I’d take a bit of time off, longer than a month and I’d lose my subscription bonus. When I came back in-game I’d notice that some of my items were unusable due to them being ‘subscription only items’, some of my pets were back in my inventory and I had caps on my credits – bearing in mind, I had quite a significant number over the free-to-play status cap so losing them really did irritate me.

Make sure you have your possy ready for this fight.

With brilliant games like the Knights of the Old Republic series being a predecessor to this huge title, it was saddening to see that EA ruined yet another game with microtransactions which they’re renowned for doing but did we listen? No. We paid EA the money and we carried on throwing it at them. The storylines for each different class really made the game stand out for me but it was hard to progress without being a subscriber and that really did suck the fun out of it and eventually caused me to hang up the gloves completely and put it to bed.

Many people had different opinions of Brink, but I always kinda liked it – even if it could never stand up to the demands of the FPS genre during that timeframe. While we’re usually used to seeing Bethesda making first-person games that have a more medieval feel to them, this was going to be a huge change for them IF it worked the way it was intended to. And did it? Not really. And this is for quite a handful of reasons.

The artstyle was incredible and was the best visual direction of most of the FPS games back when it was released, and the developers at Splash Damage could never see eye-to-eye regarding the art style. Some wanted a photo realistic look, and some wanted the arty-cartoon style that we saw on the release, so it was all a bit weird. Kind of looks like two art styles mashed together.

The multiplayer/single-player features were also quite weird to say the least. When you’re playing single-player, you want to be immersed. Sometimes more than you would be if you’re playing multiplayer, but the single player mode was exactly like multi-player just with no other actual players. The game had potential, but it wasn’t thought out enough. A few more months in development with people actually coming to an overall agreement would’ve done the game more favours than slapping some half-arsed attempt at an FPS game down on the table and saying, “Here, this is what we came up with but we’re not sure if it’s right. Let’s sell it anyway.” forshame developers, forshame.

These are just a few we had in mind, but there are obviously many more! Let us know down below if you agree or disagree with the choices and why! Perhaps let us know which games you feel fell from the hype tree?