It’s actually coming out this year; Final Fantasy XV, formerly known as Final Fantasy Versus XIII, has been given a firm release date of September 30th, 2016. More than 10 years since it was first revealed at E3 2006, gamers around the world can now look forward to getting their hands on the latest instalment in the main series of games in the Final Fantasy franchise.

It’s been a long wait, but from what we can tell, it all seems worth it. Many of us have already had some hands-on time thanks to the two demos that have been released; one bundled with copies of Final Fantasy Type-0 HD, and the other available for download free of charge from the PlayStation Store and the Xbox Store. I’ve played through both demos and I was completely blown away by how much time I spent with I ended up spending with them, and how much time they actually offered.

On September 30th, Final Fantasy XV promises to give us hours and hours of content roaming cities, going on quests, having epic boss battles on grand scales, and maybe even doing a quiet spot of fishing on the side. It looks to be one of the most engaging games this generation.

A common complaint of the new Final Fantasy games is that the combat is all done in real-time, whereas the old games, the ones which first drew some fans to the series, were all done in turn-based combat. Thankfully, Final Fantasy XV includes a ‘Wait’ mode which will allow for tactical planning and careful evaluation of the fight before engaging the enemy. It’s not exactly turn-based, and I would compare it more to that of the battle system in Dragon Age: Inquisition, but it’s good to see that Square Enix are giving something to the players that prefer this style of combat.

For PlayStation 4 owners that also pick up PlayStation VR, you’ll be interested to know that Final Fantasy XV will have a VR mode in which you play as Prompto.

Check out the trailer below, but I’ll warn you now that the music is awful.

I’ve been following this game closely ever since the slightly underwhelming reveal at the end of Microsoft’s E3 2015 press conference. Since then, we’ve seen the game really come along in terms of quality, and it’s significantly increased my excitement. The latest gameplay trailer we’ve seen looked intense, brutal, fast and utterly fantastic. This is what Gears of War is.

I’m also pleased to see the newest entry in the franchise move away from the old characters that were present in the Xbox 360 games. In fact, the new lead protagonist, JD, is the son of Marcus Fenix, the lead character in the older games. This change of generation shows me that the story is something that’s been thought about a reasonable amount. I love a video game with a good story, and I’ve got my fingers crossed that this can offer me that…as well an addictive horde mode!

Thank God someone is doing something new (old?). In an age where the FPS genre has become increasingly more sci-fi (Killzone, Halo, Call of Duty, Titanfall…) it’s like a breath of fresh air to see someone doing something different. Fans of the genre have been begging for a game to once again be set during one of the world wars, and Battlefield 1 is the answer.

Developer DICE are known for creating games that have a very addictive multiplayer aspect. Large maps that can support more than 50 players, a great variety of classes for people to play as, vehicles from jeeps to bombing planes, and tanks to gunboats, and a handful of other reasons are why Battlefield games are still popular years after their release. Battlefield 4, which launched back in October 2013, and was also a launch title for the PlayStation 4 and Xbox One, is still very popular today, and publisher EA have even been giving away premium DLC map packs for free to keep players interested.

The big FPS this holiday season in undoubtedly Call of Duty: Infinite Warfare, regardless of how many dislikes the YouTube video has (the words ‘Call of Duty’ sell), but I’m hoping that Battlefield 1 will prove to be very good competition.

It’s hard to describe why people are excited for this game, but as a gamer who has played both ICO and Shadow of the Colossus, the previous games made by game director Fumito Ueda, I can very easily understand why. These games are all considered to be works of art, due to their unique art direction, interesting characters, wondrous stories, intricate puzzles and engaging gameplay that keep players engrossed until the very end.

Details about the story of The Last Guardian are rather limited right now. Fumito Ueda has stated that the reason that they don’t release many details is due to the very story-heavy nature of the game, and that each bit of the game we’ve seen has been very carefully selected. We do know, however, that the game is based around a young boy trying to escape a castle with the aid of Trico, a giant creature that resembles a cross between a dog and griffin.

Trico is a unique creation in video games. So much programming work has gone into making Trico very lifelike and believable, so rather than being a simple companion to the player, Trico will act instinctively, like a real untrained pet, and it will be down to the player to keep him happy and cooperative throughout the game. Communicating to Trico will also be a puzzle in itself. In the E3 2015 demo the boy used a combination of calling to Trico and jumping on the spot to show to Trico that he needed him to jump across to the wooden beams.

The Last Guardian comes out October 25th of this year, and I’m going to be glued to my PlayStation 4 for quite some time after my copy arrives.

The original WATCH_DOGS didn’t quite live up the hype that gamers surrounded it with, but there was a serious potential lying underneath it all. Much like Assassin’s Creed II to the original Assassin’s Creed, Ubisoft looks to take on board all of the critiscms of the first game, and then blow us all away with the sequel.

WATCH_DOGS 2 looks much better than the original. Gone is the boring, Batman-esque personality of Aiden Pearce, as we say hello to the more youthful, hipster, cooler protagonist, Marcus Holloway, a young man in his mid twenties who’s far more technical-minded than that of his predecessor. He also appears to be more athletic than Aiden, as we’ve seen him demonstrating his parkour abilities in numerous videos. He’s not exactly Ezio when it comes to climbing around on buildings, but he’s not too far off.

Marcus also has an arsenal of gadgets at his disposal, such as homemade weapons that he learned how to make via the internet, drones, and a remote control car which can get into secluded areas and hack from within.

Of course, WATCH_DOGS’ main draw is the hacking, of which Marcus Holloway appears to be very capable. There are a ton of new and exciting things to hack in WATCH_DOGS 2, so check out the trailer below and some videos on YouTube if you’re interested.

21 year-old programming student at University of Bath. Video games, technology and superheroes are all personal interests of mine.
Feel free to add me on gaming networks: JimmyRowe1994
TopicsBattlefieldfinal fantasygears of warplaystation 4The Last GuardianWatch Dogsxbox one 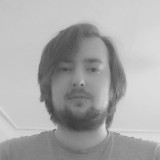 21 year-old programming student at University of Bath. Video games, technology and superheroes are all personal interests of mine. Feel free to add me on gaming networks: JimmyRowe1994
More Posts (3) Bloodstained: Ritual of the Night Launches on PlayStation 4, Xbox One, and PC on June 18, Nintendo Switch on June 25 GlowFish Interactive Interview – Belgium is in urgent need of a dedicated game publisher!