We have come quite a long way since the time of the Xbox 360 and PS3 console generation, the word exclusive no longer means what it used to and we’re now seeing both major console manufacturers embracing PC gamers, perhaps like never before. Microsoft is obviously in the leading position in this respect, leveraging their ownership of Xbox and Windows to create more unity between the respective platforms. Sony’s been open to PC in the past in respect to cross-play but PS Now going to PC is the first sign of Sony essentially putting their exclusive IPs on a Windows PC. Both companies have spoken of a strategy of being more ‘open’ and ensuring their services aren’t limited by one platform. Microsoft has the Xbox service and PlayStation want to extend the reach of their own services (Vue, PS Now and the likes) to succeed in reaching a larger audience and bringing more people into their ecosystem.

Just today, Sony has made their PS Now subscription service available on Windows PC, at least in the UK, Netherlands and Belgium for now. This means that for the first time in PlayStation’s history, you can now stream hundreds of blockbuster titles straight to your Windows PC, all courtesy of PlayStation Now.

With more Xbox games releasing on Windows PC, allowing those titles to be cross played and bought between both Xbox and Windows with programs such as ‘Xbox Play Anywhere’ gives consumers a lot more value for their purchases within the Xbox ecosystem since they can unlock both versions of the game and saves, achievements, friends etc. transfer across both platforms.

The way that games measure success now is changing from the traditional measurements of ‘it sold X amount of copies’ since that method is more archaic today than it was even 5 years ago. Many games now are seen as a “service” and figures such as player count, active players, time played per user etc. is increasingly more important to the long-term success of a game. 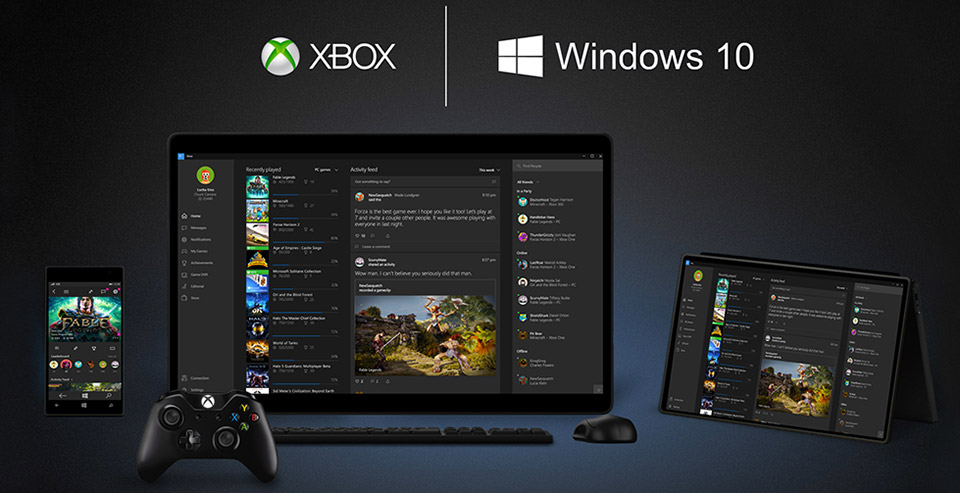 Embracing PC gamers can also benefit console gamers in many ways that gamers might not, at first, notice. For instance, games that release on PC alongside console can see benefits such as more players, and thus larger communities and more choice for gamers. Multiplayer communities can greatly benefit from features such as cross-play which can improve the longevity of a game.

Microsoft also has their UWP or Universal Windows Platform. The initiative allows developers to easily develop apps and games for multiple Windows devices (PC, Xbox, Smartphones, Tablets etc.) Microsoft has said that UWP is central to their gaming strategy and building out a complete gaming ecosystem for Universal Windows Applications.

Truthfully, it’s not hard to see Sony attempting to go down a similar route, albeit in a different way considering they don’t have a stake in PC hardware. However, the benefits aren’t hard to see. Sony has many services that would surely appeal to many beyond the console ecosystem and it doesn’t make financial or business sense to ignore those potential users.

Of course, the final utopia might be the realisation of full cross-network play across Xbox, PSN and PC but that seems unlikely, despite the efforts of certain developers to make it happen. However, what we’re seeing from both major console companies is a transition to a position whereby they are embracing PC gamers in a manner that is perhaps unprecedented up to this point.

Do you want to see Sony and Microsoft embrace the PC platform? Let us know your thoughts on this subject by leaving a comment below.

0 0
Previous ArticleTitanfall 2 To Make Huge Changes Before The Release Of The Full Game, Here’s The List Of ChangesNext ArticleAlone With You Review – PlayStation 4 Are The Halo Announcements Of Last Year The Apology That The Halo Fans Deserve?
January 7, 2018
How Gamers Can Use Bitcoin To Their Advantage
August 22, 2020