Whether you agree with it or not, it was rather clear to me back in 2013 and even now in 2016 that a major selling point for the PS4, in particular when compared to rival system the Xbox One, was the power advantage of the PS4 hardware. Whether it was PlayStation employees’ use of social media to drive the fact home or through their official marketing, Sony really emphasised the power advantage that their hardware held. 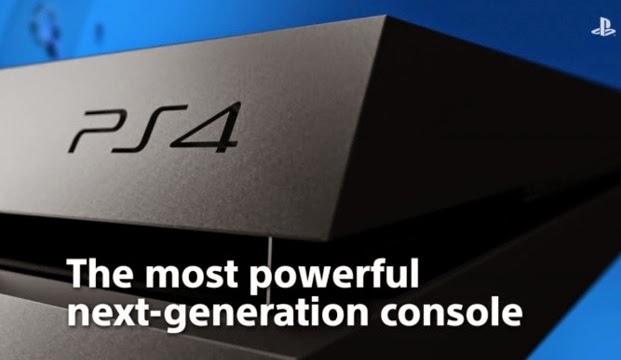 With the announcement on the PS4 slim and PS4 Pro at the PlayStation meeting, it’s confirmed now that Sony’s “high-end” version of the PS4 will not match the upcoming Project Scorpio from the Xbox team. This isn’t intended as a technical analysis or comparison by any means but for the sake of informing anyone that isn’t aware of the differences, here’s what we know so far:

Naturally, less is known about Project Scorpio since it won’t release until holiday 2017 but Microsoft has rather boldly released some information on what we can expect power-wise.

Xbox Project Scorpio will be a “monster” of a console and will provide 6-teraflops of GPU power along with 4K gaming and high-fidelity VR gaming. It’ll also have 320GB/s of memory bandwidth and is currently over 4x more powerful than the current Xbox One.

Now, before anyone types furiously away calling me an idiot or whatever it is you deem a necessary response, I want to make it clear that Xbox One, as a system, has a high mountain to climb. Sony’s PS4 has enjoyed a healthy lead against the Xbox this generation and it’s a tall order for the Xbox One to match that, or even surpass it. Worldwide, that ship might have already sailed. We can’t forget the sheer brand power of PlayStation worldwide, whereas Xbox One has traditionally done best in the US/UK.

If Microsoft can market the Scorpio upgrade right and really market it as the most powerful console ever then I think their console will experience a healthy boost, especially in the wake of the disaster that was the PlayStation meeting and all that has ensued since. Let’s look at how things stand, though, since the PS4 Pro does have the advantage of being on the market up to a year earlier than the Xbox Scorpio, even if the core PS4 fanbase isn’t responding well to the new system.

Back in the 360/PS3 era when things in the so-called “console war” were a lot tighter than the current competition, we saw a Sony that aggressively funded first party games to create a compelling library of games that enticed customers into buying what was an overpriced system. It is my opinion that Sony’s first party and exclusive games development has been nothing short of disappointing up to this point in the current generation. Admittedly, 2017 is shaping up to be a good year for exclusive games on Sony’s system thanks to a series of new games as well as delayed games from 2016 but thus far it’s been disappointing.

Sony’s PS4 Pro will have between November and sometime in holiday 2017 to market the Pro as the most powerful gaming console on the market until Microsoft’s Project Scorpio releases. Once this happens, you can be sure Microsoft will really play up their machine being significantly more powerful than the PS4 Pro and the fact that their machine delivers a true 4K experience alongside high-fidelity VR.

So, what’s the problem? Well, I think it could be a safe hypothesis that the upcoming PSVR is a big factor in this. After all, Sony’s PSVR already has a lot of their internal studios working on games compatible with the new headset and in a Kinect-like situation, we could see primary PS4 users miss out. When Kinect stormed out of the gates on the Xbox 360, a lot of Microsoft’s internal studios such as Rare focused on Kinect-based games but this left out the majority of gamers who didn’t own the peripheral.

2017 is shaping up to be a good year for Sony’s machine but how many of the 2017 games for the PS4 can we safely say will actually launch in that year? It’s not unheard of for Sony’s exclsuive games to suffer from a delay or two and it would be naive to believe all games currently slated for 2017 will actually meet that date. Not to mention that a lot of their E3 games didn’t have release dates at all which could leave open the possibility that some of these may not even arrive on the PS4 until 2018 or even later. Due to this, I’d say Sony should enjoy the time they have with the Pro on the market before Microsoft’s upcoming Scorpio but once that self-described “monster” comes out, Sony needs to double down on their software.