Summary: The worms are back in their most destructive game yet. With a gorgeous, hand-drawn 2D look, brand new weapons, the introduction of crafting, vehicles and buildings plus the return of some much-loved classic weapons and gameplay, Worms W.M.D is the best worms experience ever. Work your way through 30 campaign levels of increasing difficulty using the huge arsenal of new and classic weapons at your disposal. Use new vehicles to cause chaos amongst the enemy ranks and use buildings to gain the tactical advantage as you try to dominate the battlefield!

Take on up to five opponents in hilarious all-out tactical worm warfare with up to eight worms each, either in local or online multiplayer, including ranked play. Flatten your opponents with the Concrete Donkey. Turn them into chunks of worm meat with the Holy Hand Grenade. Rain down hell from above in helicopters or pound them into oblivion with the tank. With 80 weapons and utilities at your fingertips, this is Worms at its chaotic best! 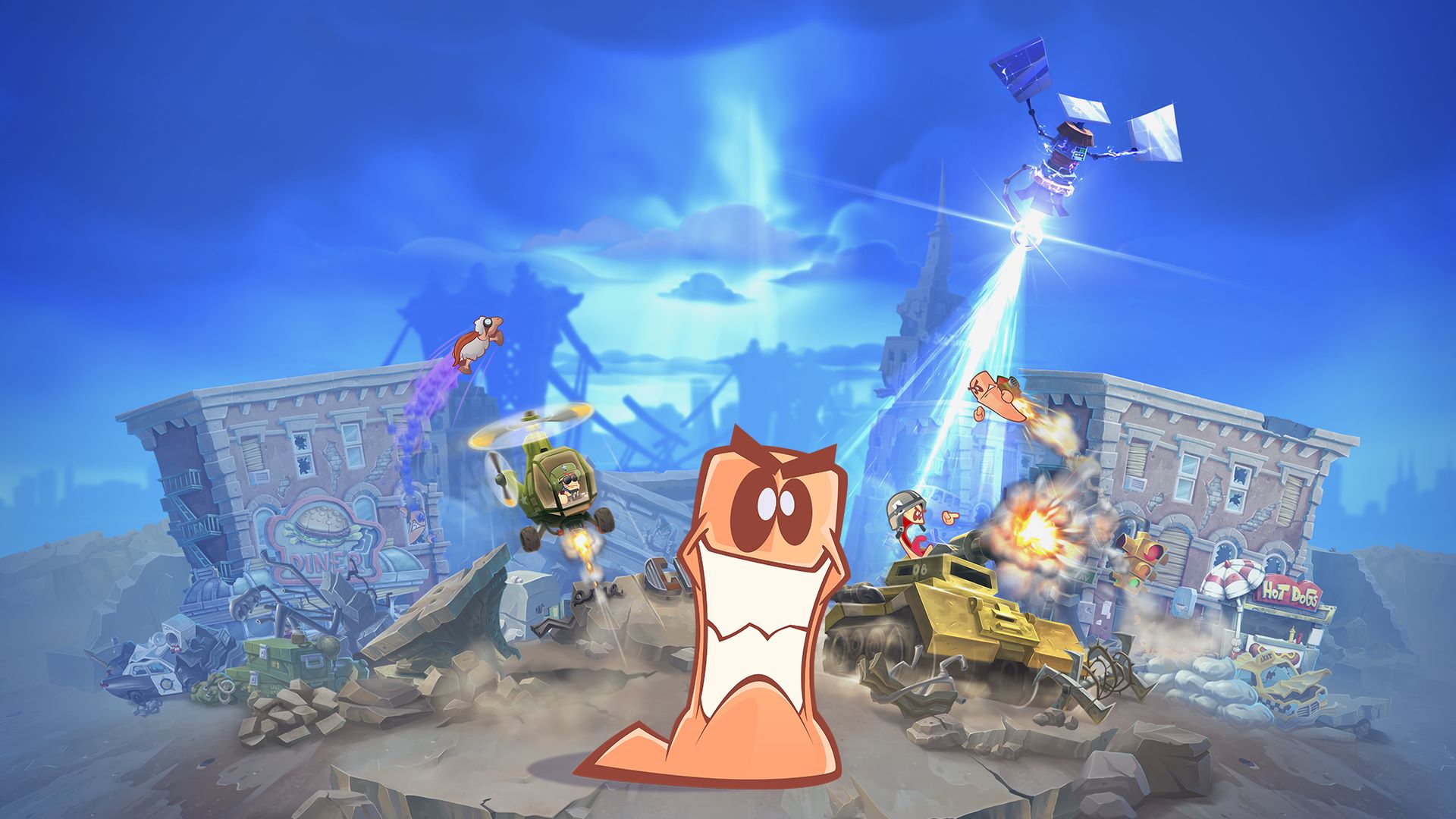 The Worms video game franchise is perhaps one of the longest-running and most recognisable video games of all time. The franchise has been going strong since 1995 and it’s actually amazing to see the franchise still getting new entries that continue to improve upon the original foundations set by the early releases. The series clearly has done something right to still be around after all this time and the latest entry, Worms W.M.D is one of the best entries in years.

The odds might be that most of us have either already played a Worms game before or know enough to know whether you would enjoy it or not. Well, let me tell you, you can’t go into Worms W.M.D with that kind of thinking. This is one of the most refined entries into the Worms series in years and it’s a worthy contender for people returning to the franchise or for those who are completely new to the series. Everything in this game makes it accessible to newcomers whilst also providing that challenge and fun that those familiar with the franchise have come to expect. 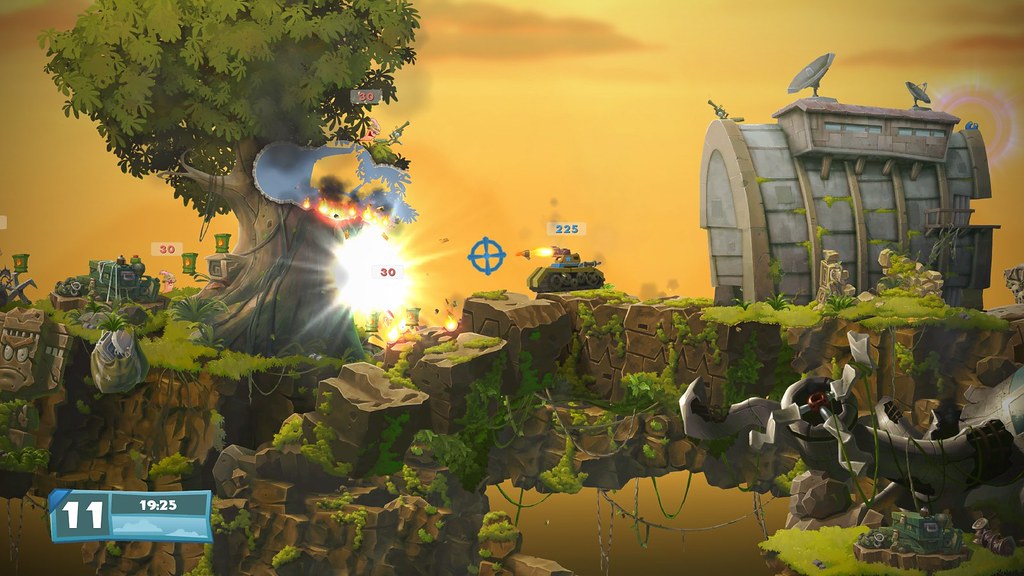 If by some chance you don’t know much about Worms, the essence of the game is set out on a 2D plane and your aim is to take out the enemy worms with a multitude of weapons at your disposal. Sound a little serious? Well, it’s quite the opposite. Everything in Worms W.M.D has a comical effect. Whether it comes down to what outfit your Worm wears or the fun tools such as the jetpack, there’s plenty of room for comical moments.

The art style goes for a hand-drawn feel that reminds me of some of the recent Rayman platformers – and I say this in the best way possible. The choice complements the Worms game very well and adds a lot more charm to the environments and the characters themselves. The essence of the classic game remains, though; you’ll be jumping, crawling or jetpacking your way into position to blow the hell out outta the other worms on the battleground.

The notion of turn-based combat might seem like some archaic form of combat for many newcomers in the gaming world but it’s always been a staple of the Worms franchise. There’s a sort of urgency in the strategy required with this form of combat; you only have a short space of time to get in position and make your attack and in that time your mind is rushing to ensure you make the right moves.

Naturally, the whole game is coated with the quirky charm of each individual worm and all the catchphrases, songs, outfits etc. at your leisure to customise your experience. There’s plenty of funky customization items to supplement each and every character in the game, as well as accents that nicely contribute to the charm of the game.

Overall, the game is one of the best entries into the Worms franchise for years now. I’d be shocked if you haven’t played a Worms game at some point but W.M.D provides a ton of fun and charm that’s well worth your time.

Buy from the Xbox store now

Buy from the PlayStation store now