The crown jewel in Xbox’s Autumn games line-up, Gears of War 4, is merely weeks away, and with it, The Coalition will bring a wide variety of multiplayer modes to keep its loyal fanbase wallbouncing well into 2017 and beyond.

In addition to the mainstays of the franchise, Execution, Warzone, King of the Hill, Guardian and Team Deathmatch, we will also receive the new modes of Dodgeball, Escalation, and Arms Race.

Let’s have a quick look over the new modes, while I give reasons why I at least will be tempted to dive right into them:

Dodgeball
AKA. The clutch-specialist’s dream

While this is a sporting activity rarely seen in the UK, most of us who have grown up and caught an episode of South Park or watched the frankly brilliant Dodgeball: A True Underdog Story will understand at least the rudiments of the game: Hit the other team, don’t get hit. You get hit, you go out. You hit one of their team and they go out, while bringing a previously-banished member of your team back into the game, and so on.

This mechanic actually translates really well into Gears’ multiplayer; 5 v 5, a kill in your team’s favour will resurrect a player previously lost on the battlefield – a true test of risk vs. reward. Having played this mode in the beta from earlier this year, the sense of tension created, as you attempt to use guerrilla-like tactics to split up and whittle away the members of the opposing team in the hope of bringing your decimated squad back from the brink, is so sweat-inducingly palpable, that the payoff is one of most satisfying feelings you can experience in videogames today.

The other team’s reaction to your near-impossible comeback. Here’s to you, King Clutch.

Escalation
AKA. 9 months after Execution and Annex hook up at an ESL after-party.

While first impressions indicate the game is a King of the Hill variant with three rings as opposed to one, it’s actually far deeper, and much more exciting and visceral than that. Though a team can still win by holding one or two rings for 210 seconds in total, should either team find themselves in a position where all 3 rings become theirs (Domination), that’s an instant win for them. This can lead to some astounding feats of luck and victories for underdog teams. With each passing round, two seconds are added on to the spawn time (which starts with a default of ten), meaning by the time round 6 arrives, any death means waiting a whole twenty seconds before re-entering the fray; let that sink in for a moment. The potential for either total domination by way of superior numbers, or a majestic comeback by the hobbled team, is immense.

But, there’s more; at the end of each round, the team that lost is granted the opportunity to place a weapon onto the battlefield. The location and types are derived from the choices usually available on the map used. This presents the team with a few options: Do they place the weapon closer to their spawn for the instant boost in firepower, or do they place it nearer to the opposing side with the hope of drawing them away from the ring nearest to them, making capture easier?

Couple this mode with Execution rules – meaning no picking off from a distance with default weapons – and you’ve got a game perfect for the thriving Gears eSports scene – fast-flowing action with the potential for many a shock comeback.

The best comeback ever. If you don’t enjoy this you have no soul.

While Gears of War: Judgment had this mode (culled from FPS’ such as the Call of Duty franchise), the Coalition have given it a unique twist by expanding it to accommodate a Team Deathmatch-like environment.

Members of each team start out with the same weapon – 1st round goes off with a bang, literally, with the Boomshot. Once a team has accrued three kills with that weapon, a new weapon is received. Proceedings could start slow at the beginning of a round, with players cautiously peeking out of cover with power weapons in hand, but then the pace soon picks up as kills rack up, and players find themselves hideously outgunned or, by blind luck, turning the tables as the team advancing in with Gnashers suddenly find they’re carrying Boltoks because of a third kill gained by one of their own.

Expect to see moments like this. A LOT… Just hopefully with not as much backwards-cap-wearing-douche action…

In addition to this information, I also spoke with Peter Byrne, better known as TheRazoredEdge – a well known YouTube personality, famed for his excellent Gears Clip Of The Day channel.

In Rod we trust.

I asked his thoughts on the upcoming modes, in addition to how new fans will find the multiplayer:

MC: Which game modes do you think will keep fans coming back?

PB: I think it depends on the kind of fan. Gears of War 4 really seems to have something for everyone. We have Arms Race for the casual players, but games can still get really intense if the players are good. Not to mention Horde Mode 3.0, which again can get really intense if you’re trying to run it on insane or climb the leaderboards. The way they’ve built and added to Horde Mode 2.0 is just perfect. It’s definitely a lot more replayable now.

Then for the competitive minded pub stomper, you have Dodgeball with it’s super clutch moments. This kind of gameplay is extremely addictive and it truly feels like a signature Gears of War game mode. I’m honestly surprised that it’s not being taken under the eSports wing because it feels like a fixed version of Execution and Warzone. Very exciting gameplay moments to be had.

And then you have Escalation for the eSports enthusiasts and also competitive minded players that just want to play what the pros play to try and achieve the highest rank, which actually does mean something now. It reflects the actual skill of the player and for the first time pro players have the opportunity to make use of a public playlist to test their skills, which is just crazy to think about.

MC: Which modes could usher in new fans and those who had difficulty getting to the previous MPs?

PB: Brand new / inexperienced players to the Gears franchise now have co-op TDM for the first time in the series. So instead of getting beaten badly by more experienced players, they have a chance to get to know the maps and weapons without worrying about the competitive aspect of the game at the same time. Plus more experienced players can use it as a warm-up too and even give the new players who might be in there some helpful tips. It’s something I’ve always wanted to see in the game.

Thanks to Peter for his thoughts.

As someone who usually eschews multiplayer gameplay that goes beyond Team Deathmatch types, quite surprisingly I have recently found myself playing Blitz in Gears: UE more and more. Whether this is down to the higher amount of XP awarded each game, the potential for more kills in general to go towards that damned Seriously achievement, or just the general chaos that makes modes like this so enjoyable, who knows?

What I will say is that in light of spending more time playing that, I’m immensely looking forward to these new modes, and I’ll be interested to know what others think, so feel free to leave your thoughts in the comments below.

Matt Clarke has been playing video games since 1983, when he first received an Atari 2600 with Jungle Hunt, and Videopac G7000 (AKA Odyssey2) with KC Munchkin! (Their exclamation mark, not his). His journey through videogaming has spanned three decades and multiple platforms, some good, some bad, some downright questionable. 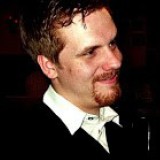 Matt Clarke has been playing video games since 1983, when he first received an Atari 2600 with Jungle Hunt, and Videopac G7000 (AKA Odyssey2) with KC Munchkin! (Their exclamation mark, not his). His journey through videogaming has spanned three decades and multiple platforms, some good, some bad, some downright questionable. He can currently be found playing Gears of War: UE, Minecraft and Rayman Legends, but would gladly give them all up if Codemasters released a proper Dizzy sequel.
More Posts (1) Yooka-Laylee and the Impossible Lair Launches on October 8 Pokemon Go! Beta Test: Should Games Motivate Us To Go Outside?