Both the PS4 Pro and Xbox Scorpio have been confirmed to have upgraded graphics. It is confirmed that both will have up-scaling and 4K support for both games and video streaming. This means that both consoles will allow a better gaming experience with better quality, however the quality upgrades will only be available to you if you have a supported TV that can output 4K, otherwise you will receive whatever your TV can output.

Both the PS4 Pro and Xbox Scorpio will both have upgraded processors built into them. This means that your’re favorite games will run and play better on the console. A better processor also means that it will be easier for both Sony and Xbox to give 4K output. A more powerful console means that we can see better games in the future and we can get a much better gaming experience.

The PS4 Pro and Xbox Scorpio will both have Virtual Reality compatibility. This means that both of the upcoming consoles will support the use of Virtual Reality. It is pretty clear that the PS4 Pro will support Sony’s own Virtual Reality headset, the PSVR, but we are still unsure what we will see for the Xbox Scorpio. Some people are assuming that Microsoft will partner with Oculus Rift, but we aren’t for certain yet. We will probably find out more about it closer towards the time of the release.

With PC gamers having the ability to play games in 4K, console gamers are at a disadvantage. This is because as of right now, there isn’t a console to support 4K quality or games. However, the PS4 Pro and Xbox Scorpio would support and allow this. If people support these two consoles and but them, it would show that both console and game developers that gamers are interested in the ability to game in 4K. This means we have a bigger chance of receiving 4K consoles in the future and the possibility that game developers will produce their games in 4K.

5. Current Gen Consoles Are Already Out Of Date

We need to be supporting the PS4 Pro and Xbox Scorpio because current gen consoles (Xbox One and PS4) are already out of date. This is because PC gamers already have 4K gaming/60 FPS and have plans to increase to 8K gaming, whilst console gamers are still gaming in the highest of 1080p. Current gen consoles are also at the stage where they are currently unable to run games properly at 1080p/60 FPS and sometimes struggle to even reach this. With PC gamers already at an advantage to console gamers, console gamers need something big.

Those were just a few reasons as to why gamers should be supporting the PS4 Pro and Xbox Scorpio. With the PS4 Pro releasing on November 10th 2016 with the Xbox Scorpio having an unconfirmed release date, although reports suggest that is will be released in the holiday season in 2017. Let us know what your thoughts of both these consoles are and if you are getting one in the comments down below. 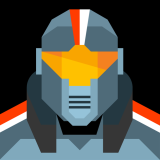 What Never Was – Review