Grand Theft Auto Online has consistently been updating itself with fantastic downloadable content for all of the fans to enjoy, however, earlier this year there were claims from a YouTuber under the name of MrBossFTW and an infamous Grand Theft Auto tipster Funmw2 that a casino DLC was to be released sometime in the future .

There were intentions to release it as both a single-player and multi-player DLC with the casino games to use and gamble in-game money as opposed to additional micro-transactions which, for the user, is a better way of making money legitimately without having to spend even more money. 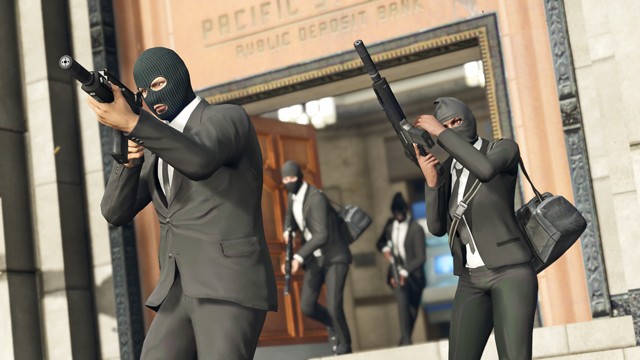 There were confirmations back in January that three new mini-games were to be unveiled including the most popular ones, Blackjack, Poker and Slot Machines as codes relevant to these were unearthed in a script called, “am_mp_property_int”. It wouldn’t be the first time we’ve seen casino like features as Red Dead Redemption previously had a rendition of Poker in it. This allows the players to use a sort of Virtual Casino without having to go out and lose any sort of real cash.

There are locations in-game that could work for the casino.

The intended mechanics would allow the users to gamble at their own risk, with opportunities to make it or break it with their fortune, with the ability to win thousands or even lose it within the blink of an eye. This would’ve been an incredibly beneficial addition for the Executives and Other Criminals DLC earlier this year, being the ripe time for the release.

This was all a rumour and has yet to be entirely implemented, however, this isn’t something that Rockstar should ignore as the features could (and have previously) work to a brilliant extent to allow more playtime both offline and online especially after – since the release of online – single-player has had a lack of interest with focus being on the unreleased casino DLC.

Let us know down below in the comments what you think of this idea from the tipsters. Would you like to use the virtual casino and gamble your winnings? Perhaps this wouldn’t be beneficial and would essentially allow most players to be millionaires too easily? Let us know!

What Can Developers do to Increase the Longevity of their Games?
January 24, 2017