EA have had their ups and downs since their initial launch, but for a number of years they’ve been nominated for the Consumerist’s Worst Company in America, and through 2012 to 2013, they won. It wasn’t a secret that EA had been struggling financially and the expectations hadn’t been met, with stock falling two-thirds over the last six years in 2013.

But what made EA’s critics so pissed off to vote them the worst company for two consecutive years? Mainly it was because of the games they were releasing, claiming some weren’t “innovative enough” or “well made as the originals”, such as Medal of Honor: Warfighter. The 16th release in the long series of games was heavily criticized for not being innovative enough with regards to the everyday typical shooter that we’re used to, while other players absolutely loathed EA’s gear shift towards downloadable content and microtransactions.

For the worst years, EA seemed to be more like a business than a developer of games, with some fans going as far to say that,

“EA doesn’t even have the decency to recognize when they’ve published another uninspired piece of crap,”

I think winning the prestigious award for the worst company was the kick up the backside that EA needed, helping to convince their executive that a change was needed in the way they thought of their customers as more than just another potential sale and it paid off well. EA’s sales had grown back from the decline that they had faced growing from $8 million to a staggering $875 million in 2014, and still growing to this day.

This came with not a lot of change in development, and luckily no unnecessary layoffs. EA initially released their first ever title in 1988, which kickstarted one of the highest selling series of their lineup, John Madden Football. It wasn’t a lot back in the late 80s, which is expected, but it made the fans want more and more. To this day, Madden strives to look as realistic as possible, designing the players after their real-life counterparts. 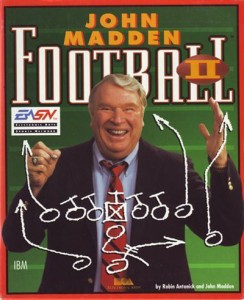 So – what made EA go from being celebrated to despised? Well, a lot of gamers seem to believe that Mass Effect 3 was detrimental to EA’s downfall. Even though they managed to sell 890,000 copies on the first day alone, the ending was hardly something satisfying and the players were understandably furious, demanding an entirely new game ending scene but did EA really care?

Maybe! EA worked on fixing the relationship with its dying fanbase because most gamers aren’t like your everyday person; they’re passionate about the games they play, they’re committed to playing a story through until the end and they’ll do it for hours and hours every day.

In September 2013, Andrew Wilson was hired as the new CEO of EA following the leave of Riccitiello, which isn’t something that surprised a lot of people given the shocking performance EA had given in the years under his reign and people adored Wilson. He was energetic on stage, spoke enthusiastically and is exciting. Not only this, he also understands about the endgame.

“Data tells us more about players than we ever did before … The challenge with data is you never seek to do anything profound or inspired … You just do what the data tells you.”

Wilson has managed to bring important wins to the table, including accolades for Dragon Age: Inquisition and making the investors of the company more enthusiastic about their purchases in the company, as well as facing the growing expectations of the popular titles including the beautiful Star Wars Battlefront, developed by the same studios as the popular Battlefield series.

Star Wars: Battlefront amazed everyone with their fantastic visuals and sound effects

It really doesn’t take a genius to see that EA have improved since their early years, with Battlefield 1, Titanfall, NHL, Madden and many, many more series of games showing that they have the potential to make the games we’ll be playing for years to come.

What do you think? Do you believe that EA managed to get from rags to riches from Wilson’s appointment or do you think they pulled the long straw and just had a few lucky games? Let us know down below in the comments!