Microsoft announced the Games With Gold titles for December, and I must say that I’m rather impressed.

The first up is Sleeping Dogs: Definitive Edition for Xbox One,  it’s available for free through all of December. This game originally came out in 2012 for the Xbox 360, then was remastered for Xbox One. In the game you play a undercover police officer trying to infiltrate organized crime in Hong Kong, and it’s kind of a cross between Grand Theft Auto, and The Batman Arkham games. The game is an open world game once you complete the tutorial missions, go anywhere, do anything, there’s also a wanted system like GTA if you start committing crimes. The combat reminded me of the Batman games, so if you played those it will feel similar. Sleeping Dogs actually was supposed to be a sequel to Activision’s True Crime game series, but they canceled it, later Square Enix bought the rights to it. There was also going to be another game based on Sleeping Dogs, but Square cancelled it. In case you’re wondering Sleeping Dogs, received mostly positive reviews, with a Metacritic score of 75.

Outlast was also announced, and will be available on December 16th. It’s a first person horror game that takes place in psychiatric hospital that as a reporter you have to investigate, and you have no weapons, in fact you can’t fight at all, you have to outwit, and out maneuver the bad guys. There is a sequel in the works for release in 2017, so this would be a really good time to grab it, if you haven’t played it yet. This game also scored well with a Metacritic score of 80.

Outland is free for the Xbox 360 from December 1st until the 15th. Outland is a 2D platformer that was first released in 2011, and has a really cool look to it. In the game you are having weird dreams, and you have to figure out why you are having these dreams. There are shrines in the game that grant powers, and hidden items that unlock abilities, there is also co-op so you can play through the game with a friend. Outland has won two awards from IGN, and Gamespot, on metacritic it has score of  84.

December 16Th Burnout Paradise is the other free Xbox 360 game until the end of the month. It came out in 2008, and has a metacritic score of 88. This game is set in an open world, and you can compete in different types of races. The gameplay is not linear so you can basically do what you want, when you want. The real star of Burnout Paradise are the crashes, the more spectacular the crash, the more points you get, and can level up. The game also has online multiplayer.

I have to admit most months I look at the Games with Gold list, and I’m not usually thrilled with it, there might be one, or two games I download, and some months I don’t download any but December is a great one. Sleeping Dogs I already own, Outlast really isn’t my kind of game, but I can see how others might really like it, Outland reminds me of Shadow Complex a little I plan on downloading it, and I haven’t played Burnout Paradise in years, I will definitely be downloading it next month. I really don’t understand with the vast library of games available why Microsoft doesn’t make better choices for Games With Gold, it would be interesting to know what the process for selection is.

What do you think of Decembers Games With Gold? Feel free to let us know in the comments. 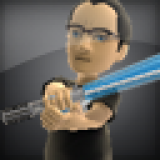