This wonderful year of 2016 is coming to a close. This year saw great releases, awesome video game moments and equally controversial events. What were the top 5 of 2016? Find out below.

The Release Of No Man’s Sky Arguably one of the most talked about gaffes in the gaming world this year, No Man’s Sky tops our list.  The game was released in August for both PC and PS4.  Boasting as being the number 1 explorer game ever, the game had been hyped for previous E3s with limited game play, but details about the universe and story.  Fans were ecstatic and pre-orders topped the charts.  However upon release, it was found the buildup and excitement for the game compiled into a monotonous and repetitive journey through the stars.  While some fans liked the game, most did not and took to social media to air their grievances.

This lead to never before seen action from distributors, including refunds to gamers for misleading their customers.  Petitions took hold with gamers wanting retribution for the blunder, and some monetary damages for the “gross neglect”.  Reaction from the game has even put forth change in the industry on what images and videos should be shown in advance of the game, and to make sure they are not miss leading as well as potential regulation to promotional activities.  In a move in the right direction, a recent patch has helped to alleviate some of the woes of the game…for those that still play.

Blizzard has brought us the monumental World of Warcraft, so when they announced a new IP, everyone listened.  Turning towards first person shooter, Overwatch was released in May 2016 as an online FPS for PC/XboxOne/PS4.  Beta testing was strong and the high competitive nature of the game, with a stylized world has made it a leading eSport with sponsorships and tournaments.  One of the characters, Tracer, became well known for a certain victory pose, deemed the Butt Pose during the beta testing.

Shown as an Over the Shoulder victory pose, users complained about the “sexualizing of the character as no longer a fighter but a sex symbol”.  If that didn’t spark an intense debate is was fueled even more with Blizzard’s response to change the pose.  In a game with pronounced creativity it was seen as a slap in the face because a stylized piece of work was going to be modified simply because of its “sexual” nature and the feedback of a seemingly small few.  Forums exploded with backlash of the change and the slippery slope of how it could affect games in the future.  Blizzard’s reasons for the change ranged from an apology to modification of an undesired piece of art, to the final graphic being what was intended by the creative team.  One thing can be said, if nothing else changes in this world, it’s the fact that if you voice your anger and distaste loud enough – someone will listen and action will be taken. Uncharted 4 is the celebrated 4th installment in the fantastic gaming series.  Everyone loved that Nathan Drake would be back for at least one more game (hey I can hope for more right?).  Reviews upon release were as expected, quite high as like the rest of the series, but one review stood out from the Washington Post.  The game was released on May 10th and garnered 9/10 scores on average.  Washington Post however gave the game a 4/10.  The scathing review criticized the game on repetitive game play, lack of storytelling and over indulging on large set pieces and big action.  It was also clear the author didn’t quite care for the series in general, even mentioning it should have stopped with Uncharted 1.

Fans were furious over the review and even a petition was adopted to have the review removed based on the grounds of unprofessionalism.  Now, I’m fairly new to the journalistic world, have no formal training, but I do have opinions and last I checked, those opinions were still treated with respect and acceptance on readers parts.  Besides, given that this was the only negative review, how much of an impact was it really?  Nevertheless this was still a hot bed topic this year.

The Announcement Of Call of Duty Infinite Warfare Call of Duty Infinite Warfare was released on Nov 4th.  The announcement trailer on YouTube is where the controversies started.  Due to the name, fan base (it is the 13th game in the series) and general reputation it started climbing into the millions of views.  But folks started noticing negative comments and thumb down voting.  Reasons ranged from graphics, to the setting, and the big one – bundling the remastered Modern Warfare.  As time went on the comments got more specific – graphics seemed outdated and reused, the setting is too futuristic with seemingly no engaging story and becoming too sci-fi for the series roots.  One of the biggest and a personal one for me, was the bundling of Modern Warfare remastered.

This game came ONLY with Infinite Warfare, and even more – you had to buy the above standard, legendary edition of the game to get it.  This was perceived as a poor tactic by Activision to force people into buying Infinite to get Modern remastered, as it is by far the best game of the series, and an upgrade to the graphics and playable on current gen would appeal to nostalgic nature.  Overall fans were seemingly upset and it appears the game has finally hit a fatigue point.  But Activision’s response was that this was seen before, specifically in Black Ops II, and that it became one of the more received games from their catalog.

The Division was Ubisoft’s next big online multiplayer shooter.  It was released with great hype on March 6th.  The game received good reviews, but was marred by numerous issues.  Problems such as downgrading, to broken leveling, to infinite boss respawn glitches, various other glitches, to online play.  An initial issue was level size, the map was drastically cut down in size from previews.  Other issues included glitches that prevented logging in to your character being deleted!

On top of that, online PvP play in the game was plagued with cheaters, hacks and exploits.  At one point it was available for players to have infinite health and achieve max level in a matter of minutes.  Ubisoft has attempted to fix this issue in various patches, but the player based dropped drastically if not showing one of the largest declines in player participation ever.  I was one that fell to the hype and purchased the season pass, and only recently have I started playing again with the games new expansion Survival.  The damage was done unfortunately and this game will forever be in the reddit posts of lore on a game not what it was supposed to be.

So what are your thoughts on the gaming world in 2016?  Were there any topics that received bad press that you felt should have made the list?  I for one am looking forward to 2017 as a whole, both in gaming life and personal.  Make your comments below, and as always follow ThisGenGaming on Twitter @TGGamingReviews for all the news, reviews and commentaries in the gaming industry.

Author at ThisGenGaming
I am a semi pro gamer (or at least my wife says I am) and have been playing games for over 20 years. I am a professional and a dad who games and writes in my free time. I'm always looking to talk shop, about the recent games or trends. I reside in Denver CO.
Topics2016GamingControversyInfinitewarfarenomansskyOverwatchthedivisionUncharted4 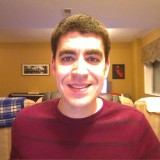