Well 2017 doesn’t seem to be starting off with a bang for Microsoft like they might have hoped.  With all the news flying around about the cancellation of Platinum Games Scalebound, it brings to the forefront a larger issue for Microsoft.  That is their big need for Xbox Exclusive titles.  Everyone can agree that the more multi platform titles there are, the better it is eventually for every gamer.  But for a console to be truly standout, it has to have a great lineup of exclusive titles.  With this most recent console exclusive title cancellation, one has to wonder if Microsoft is really putting all it has into providing Xbox exclusive gamers the best experience they can offer.

In this writer’s opinion, how successful a console is doesn’t truly matter whether one can have a slightly higher frame rate than the other, or it has a more cutting edge components, or a sleeker interface.  No, what makes a console truly standout are its exclusives.  And more to the point, are its franchise exclusives.  One of the greatest companies that does this is Nintendo.  From Mario, to Link, to Pokemon, to Star Fox, Nintendo prides itself on offering gamers a truly exclusive gaming experience that can’t be found elsewhere.  Now while it may be true that now a days, Nintendo has taken a tumble from its once high pedestal, it still delivers, fairly consistently, their exclusive franchise titles.

While the Wii U or even the Nintendo Switch may not be on the cutting edge of graphical technology, I still purchased a Wii U and will purchase a Switch.  It is because I look forward to exploring the next dungeon with Link and going down the next Warp Pipe to a new zone with Mario that I have and always will buy Nintendo consoles. Unfortunately, the same can’t really be said for Microsoft and the Xbox One.

When we get down to it, what exclusives does the Xbox One, or Microsoft for that matter, really have. Sure they have the heavy hitter in Master Chief and the Halo series. And then of course there is the fantastic Gears of War series.  But honestly, when it gets down to it, they don’t have many truly standout franchise exclusives. They have their own racing series in Forza and a few other smaller titles.

But honestly, most of their exclusives are one offs, that in some cases truly deserve more attention. Take Sunset Overdrive for instance. That game offered so much, and could offer even more, but t doesn’t look good for any sequel anytime soon.  The main point, is that Microsoft needs to build itself a bigger exclusives game catalog and then help it flourish and not end up letting them go to the wayside.

So with the recent news of the cancellation of Scalebound, the outlooks is rather bleak for any change in focus when it comes to exclusive games. Like I mentioned above they do have a few select franchises, which are indeed very good. But in all honesty, they don’t have a truly unique feeling that a  Mario game does for example. Sure most Mario games are essentially the same thing, but that style of game, while imitated on other platforms has never really been mastered like Miyamoto was able to for Nintendo.

While the new Project Scorpio looks very promising and has the ability to offer new technology that might not be available elsewhere for a while, lets hope they can back it up with the introduction of new and exclusive franchises.  When you think of Nintendo, what comes to mind? Link, Mario, Donkey Kong, Kirby, Star Fox…the list can go on. When you think of Microsoft and Xbox what do you think of?

Master Chief…Marcus Fenix…and that’s just about it give or take a couple more.  Notice the difference? While Nintendo can be knocked for the console development and 3rd party support, what they have always thrived at were developing exclusive franchise titles.  For Microsoft to pull the console race even, they need to add a few more names to their list.

Let us know your thoughts in the comments below.  Would you like to see new exclusives from Microsoft?

Gamer since the age of 5. Started with the classic SNES all the way to the Xbox 1 and PS4. PC Gamer as well. MMORPG enthusiast, starting with World of Warcraft. Action/Adventure, RPG, and FPS games are my favorite. Anything with a good story line and well developed characters. When I'm not gaming, I play a chemist at a local metalworking chemical manufacturing company.
Topicsxbox oneXbox One IP'sXbox One New FranchisesXbox One New IP's 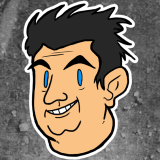