Say goodbye to basic dull controller rumble, Nintendo Switch’s HD Rumble has potential to be not only a great feature for the Switch, but an innovation that changes console gaming forever. It is a unique upgrade of a simple controller feature, but it opens the door for a more immersive gaming experience. It makes you wonder why this improvement was not made earlier by either Microsoft or Sony.

Current and past gaming “innovations” by Sony and Microsoft have not gone well for them, as shown through PSVR and Kinect; hopefully Nintendo can give them some pointers, starting with HD Rumble. It is fitting that Nintendo is making the improvement to the controller rumble feature, since they are the ones that made “rumble” standard in controllers when they released the N64 rumble packs.

HD Rumble has huge potential and could be a tool used to enhance the experience of gamers in every game. Nintendo released a video demonstration where they displayed the HD rumble capabilities. The demonstration showed that the Switch “Joy-con” controllers have the capability to allow gamers to feel ice cubes move in a glass and can even simulate the feel of liquid being poured into a glass. Third party developers could easily incorporate HD Rumble into their games and reap the huge benefit of making their game feel more realistic.

For example, the HD rumble could be utilized in shooters to indicate to the player which part of their body is taking damage. It could also be used in racing games, allowing players to feel where their car is taking damage; there would be a different rumble pattern if a player slams the front of their car into a wall versus if they get hit from behind.

It is likely that for next-gen consoles, Microsoft and Sony will need to ensure that their controllers are updated with HD Rumble. Sony and Microsoft could incorporate the HD rumble into their VR controllers to give gamers an even more immersive experience. The same way Nintendo’s games will benefit from the HD Rumble technology, so will Sony’s and Microsoft’s. VR gamers would be able to feel the vibrations on the handle of an axe or hilt of the sword that they are swinging. Gamers could feel the roar of the chainsaw throughout their controller as they cut through Locust in Gears of War or feel the string of the bow leave their fingertips as they let loose an arrow in Elder Scrolls.

Microsoft’s attempt at innovation came with the Kinect. The Kinect was at best mediocre, it suffered from lack of games and third party support. The upcoming announcement of Xbox’s VR technology for Project Scorpio, should signal the end for any hopes that Microsoft had for the Kinect. Playstation 4’s most recent innovation was the PSVR, the first VR to be brought to console gaming.

The PSVR has done poorly in sales since it first launched, and it has faced similar woes as the Kinect, with lack of games and third party support being major contributors to its lack of popularity. The PSVR still has a chance to bounce back with good games being developed, but Sony was not the first to create a virtual reality headset. HD Rumble will likely be overlooked by gamers at first but it wont be something they forget, HD Rumble is here to stay. 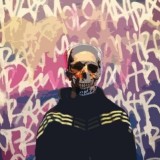