The day has come when Microsoft have announced Project Scorpio! If you haven’t been under a rock for the past couple of days, you would have seen that Digital Foundry (the guys who do all the spec and frame rate tests) had an exclusive look at Project Scorpio. This was hosted on Eurogamer.net and the specs are quite impressive. Now, it looks like it is more powerful than the PS4 pro by about a third, but I’m not here to talk about spec. More about the generation and is it over now that Xbox Scorpio has been revealed and its pending release.

The Birth of the 8th Generation of Consoles
The Nintendo Wii U was the first to release on November 18th 2012. It booted the 8th generation in to gear and was the first Nintendo console to support HD graphics. Releasing on launch with New Super Mario Bros Universe, Nintendo Land and other 3rd part titles, it was not as popular as its predecessor. It just didn’t have the pick-up power that Nintendo wanted it to have with its dual screen capability and lack of ‘Powaa’ to compete with the next console in the generation. . . the PS4.

With a great E3 early in June, the PlayStation 4 was the second 8th generation of console to release on 15th November. It set off with great momentum and its launch titles included Killzone Shadow Fall, Knack, Resogun and Playroom, which was released to show the capability of the PlayStation Camera. These released in line with other multiplatform games that it shared with the Xbox One. Driveclub and Watch Dogs were also to release on launch, but had to be delayed due to development issues. At the time of launch, it boasted the stronger console out of all 3.

Next up was the Xbox One. Releasing on November 22nd it released with a higher price point of £429.99 ($499.99) compared to the PS4’s £349.99 ($399.99). It didn’t have the best of E3’s either, with critism aimed at its always online policy and DRM capabilities, it had a big hill to climb, almost a mountain. Surprisingly, it didn’t stop it from having a good start, selling 3 million units in the first 5 weeks. With the help of launch titles of Dead Rising 3, Forza Motorsport 5, Killer Instinct and Ryse: Son of Rome it had a good go at the generation, but what soon followed changed the generation.

The Battle of the Generation
With the PlayStation 4 taking the early lead with 4.2million consoles sold by the end of December and the Xbox One selling 3 million respectively, the communities went at it like dogs on a leash. It was starting to become clear that the PS4 had consistently produced the better version of the multiplatform games compared to its rival. Microsoft caught wind of this and were having none of it. They were lacking when it came to graphical superiority and sales.

With a bad E3 and the potential to lose further ground, Microsoft went back to the factory to produce a strong version in their Xbox One S version. Not only with a revised GPU and CPU, being 40% smaller, providing players with an Ultra HD Blu-Ray player it was also capable of 4K UHD playback. This was more of a statement to say we can still bring our ‘A Game’ to the table.

PlayStation responded as usual within a generation with their slim version and announcing a higher spec model, the PlayStation 4 Pro. With an upgraded GPU, a higher CPU clock and able to render in 4K, it made the PS4 Pro the most powerful console of the generation.

A Different Generation
For the first time in a notable generation, two competitive hardware manufacturers went in with an upgraded version after their vanilla releases. It is playing out like ‘my dad is bigger than your dad’ moment, with ‘anything you can do, I can do it better’ as this generations motto. Now with Xbox bringing out Project Scorpio, and as mentioned above it is a third more powerful than the PS4 Pro. Is this the end of the generation? PlayStation can’t surely bring out a PS4 Pro Pro?

It makes you think, while we sit here playing our consoles, happily for some may I add, scraping out our pocket money, hard earnings, inheritance etc. etc., to pay for the next version of the CURRENT generation, what do the companies supplying these versions thinking? Are we now out of the generation game? Are consoles becoming like software patches, where instead of introducing a new console every 7-8 years and then releasing a slimmer version with a slightly higher spec, we receive a new console every 2 to 3 years with a higher specification?

I can totally understand that Sony and Microsoft wanting to have their consoles in everyone’s household, but can we all keep up? There are now 3 Xbox’s in this generation alone!! (Xbox One, Xbox One S and Scorpio).

The ball is firmly in Sony’s court. They have seen Project Scorpio’s specs and what it is capable of. It makes the PS4 Pro look like the old guard on its way out. Do they bring out the PlayStation 5 or do we continue to play this tit for tat game and bring out PS4 Pro 2.0? Who knows….

I think Project Scorpio is looking very good. It’s strong and hopefully it will look good too. But more importantly, it needs the games. Games sell consoles and without them, it will just perish. This article is not intended to spur up some petty fanboy shenanigans but more of an opinion on what I can see, what we can see. What do you think? Have a prediction? Let us know in the comments below or tweet out to me. Remember, it’s an opinion 

Writer at This Gen Gaming
Hi, my name is Dan aka Bravo. I have been a major gamer all my life starting all the way back on the Sega Megadrive (not too old for some of you :P).

I love everything about gaming. the hardware, the software, the peripherals, the communities, but most of all the GAMES!

Be proud to call yourself a gamer in public, I do! 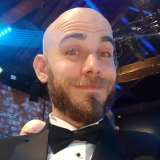 Hi, my name is Dan aka Bravo. I have been a major gamer all my life starting all the way back on the Sega Megadrive (not too old for some of you :P). I love everything about gaming. the hardware, the software, the peripherals, the communities, but most of all the GAMES! Be proud to call yourself a gamer in public, I do! Follow me on Twitter - @Bravo2Zero0 Official PlayStation Brand Ambassador
More Posts (8)

Why 2015 Is The Year Of The Third Party, Not Xbox/Playstation