Publisher Microsoft and developer Mojang have announced that the “Bedrock” version of Minecraft will finally launch on PlayStation 4 tomorrow, December 10.

This is the version of the game that is unified across all systems which means that PlayStation 4 players will now be able to play with those on Xbox One, Nintendo Switch, Windows 10, and mobile. This update also brings access to the Minecraft Marketplace where you can buy worlds, skins, mash-up packs, and mini-games. It is of course a free update for anyone who already owns the game. If you don’t own it yet there will be a new version of the game released at retail that includes these new features. 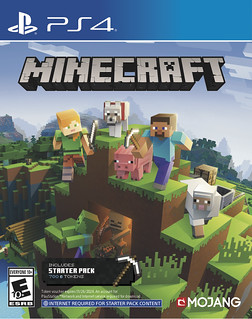