It may be a new year but that doesn’t mean that the new content has stopped for Crash Team Racing Nitro-Fueled as publisher Activision and developer Beenox have announced the next free Grand Prix season of content coming to the game.

Starting on January 16 players can take part in the “Rustland Grand Prix” and earn a brand new character, three new karts, race on a new track, play a new game mode, and unlock a bunch of new skins and customization items. Megamix is the brand new character this season bringing the total playable roster to 50. You can get full details on this new season of content below.

The Megamix Mania course is three laps of survival on a dusty canyon near a factory hideout in the desert. Graffiti, chains, and flames accentuate this end of the world-themed track, so keep your focus on the road and surviving the atmosphere to see if you can grab victory and race another day.

You’ll race through outdoor canyons and the interiors of this track while having plenty of jumps routes and boosts to keep things fast-paced. Plus, be on the lookout for several shortcuts to stay ahead of the competition! If you think you’ve got what it takes to outlast the apocalypse queue up and race on the Megamix Mania track.

If you enjoyed the Ghost Hunt during the Spooky Grand Prix, the Golden Wumpa Hunt just might scratch that itch.

Have a favorite Racer in Crash Team Racing Nitro-Fueled? Or sometimes is it hard to pick just one?

The newest racer, Megamix, is a terrifying mash-up of Neo Cortex, N. Gin, Dingodile, and Tiny Tiger. No need to choose between the four, instead choose to shock other racers as you drive by as Megamix. Crash fans may remember him from Crash Bandicoot™: The Huge Adventure. In this Grand Prix he doesn’t just hit the track, but also represents something momentous – – Megamix is the 50THPLAYABLE CHARACTER in Crash Team Racing Nitro-Fueled! When we think of all the oddballs that have graced the track in this game, we think it’s fitting that this dastardly mutant is the one who helps the game hit the half-hundred mark!

This season, beat those challenges and unlock Megamix in the Nitro Gauge. 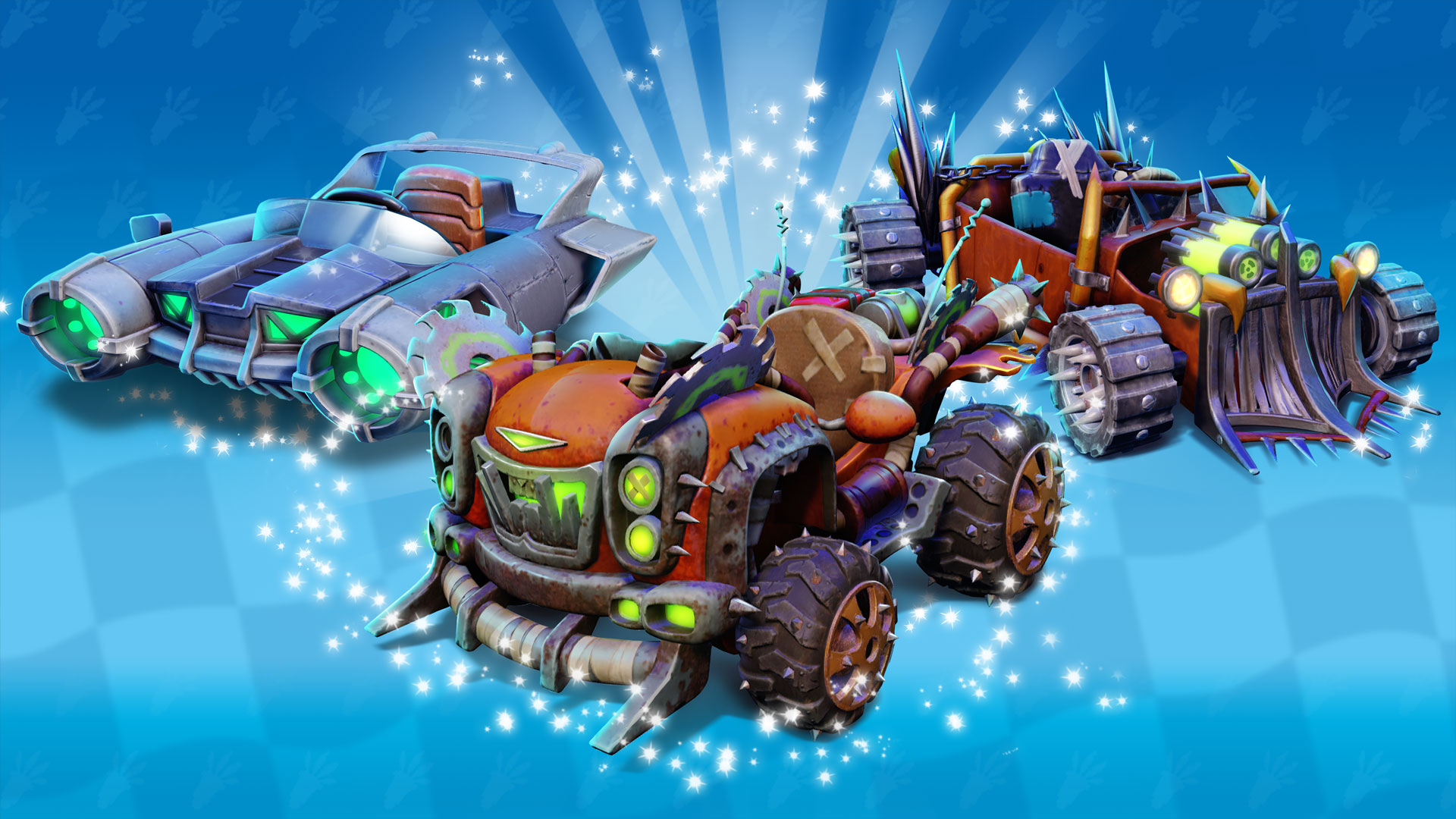 Rule 101 of racing in the apocalypse: bring a ride that’s ready for the end of the world. The Rustland Grand Prix introduces three new karts. Two of the karts can be earned in the Nitro Gauge and the other unlocked in the Pit Stop, and all of them are ready to take on the challenges of the wasteland.

Earn enough Nitro in the Grand Prix to unlock a kart made from salvaged parts that’s still capable of getting into a few scraps with your fellow racers. Keep collecting that Nitro, and you’ll earn the other bonus kart, which is powered by a rotating chamber of pure nitrous and sports some mean looking spikes!

As for the new kart in the Pit Stop, it may not have pointy spikes or a gnarly looking grill … But this kart can fly! Or hover, at least; with this cool retro-looking kart, you’ll float like a butterfly, sting like a post-apocalytpic melee warrior. 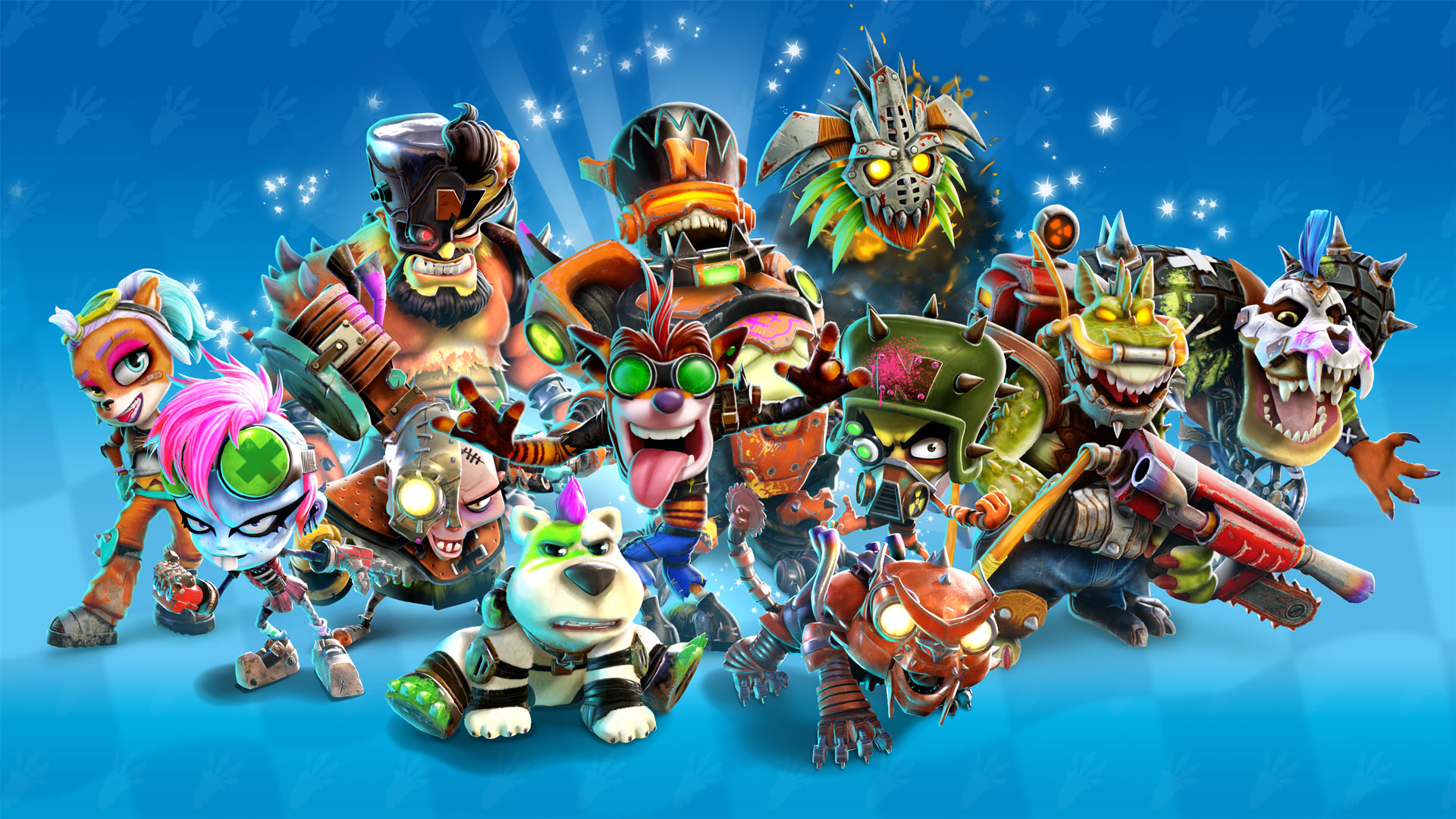 Even as the world comes to ruin, the Pit Stop stands strong with new items for the Rustland Grand Prix. You’ll find eight skins that channel an industrial punk-style, including an absolutely rockin’ Tiny, a half-croc half-metal Dingodile, and a still-adorable robot Pura!

Also available are paint jobs, wheels, and stickers to make sure you have your ride ready for whatever tomorrow brings. Need your kart to have some grit and grime as you tear through Megamix Mania? Or perhaps you want to mark your territory with the new Tag wheels that leave a trail of paint in their wake?

The Pit Stop will have all that, and more, during the Grand Prix, including some returning items from the Spooky Grand Prix! As if Rustland needed to be a bit scarier, be on the lookout for some items that you may have missed from that spine-tingling event!

In addition to all the content that you can unlock either in the Nitro Gauge or Pit Stop this season, the Rustland Grand Prix features a few other items available.

By winning some races with them, players will be able to earn Rustland versions of our two favorite CTR TV newscasters, Chick n’ Stew.

Plus, players will be able to rep their country pride with flag stickers for their karts!  These stickers are unlocked automatically once the player has downloaded the game update for this Grand Prix.

Those who rank among the top Rustland Grand Prix racers in terms of victories or Nitro will also earn the Champion Kart (if you haven’t earned it already), and the Champion Decal – a Neo Cortex-inspired graffiti.