Publisher Deep Silver and developer 4A Games have announced that they are bringing Metro Redux to the Nintendo Switch on February 28.

This collection includes both Metro 2033 Redux and Metro Last Light Redux. The game will be released digitally and at retailers with both games on the cart. You can get full details for all of that below.

The critically acclaimed Metro Redux saga has been brought to life on Nintendo Switch. Immerse yourself in the post-apocalyptic world of the Moscow metro as you, Artyom, fight to save your besieged home station from all that would threaten it. Experience the events that came before Metro Exodus and experience the epic story on Switch for the first time.

Developed in-house by 4A Games, the Switch iteration of Metro Redux will contain both games and downloadable content. For physical editions, there is no extra download required.

Order your physical version from select retailers to receive The Ranger Cache pre-order pack which contains:

The year is 2033. An entire generation has been born and raised underground, and their besieged Metro Station-Cities struggle for survival, with each other, and the mutant horrors that await outside.

You are Artyom, born in the last days before the fire, but raised underground. Having never ventured beyond the city limits, one fateful event sparks a desperate mission to the heart of the Metro system, to warn the remnants of mankind of a terrible impending threat.

But will they even listen? Rather than stand united, the factions of the Metro are locked in a struggle for the ultimate power, a doomsday device from the military vaults of D6. A civil war is stirring that could wipe humanity from the face of the earth forever. 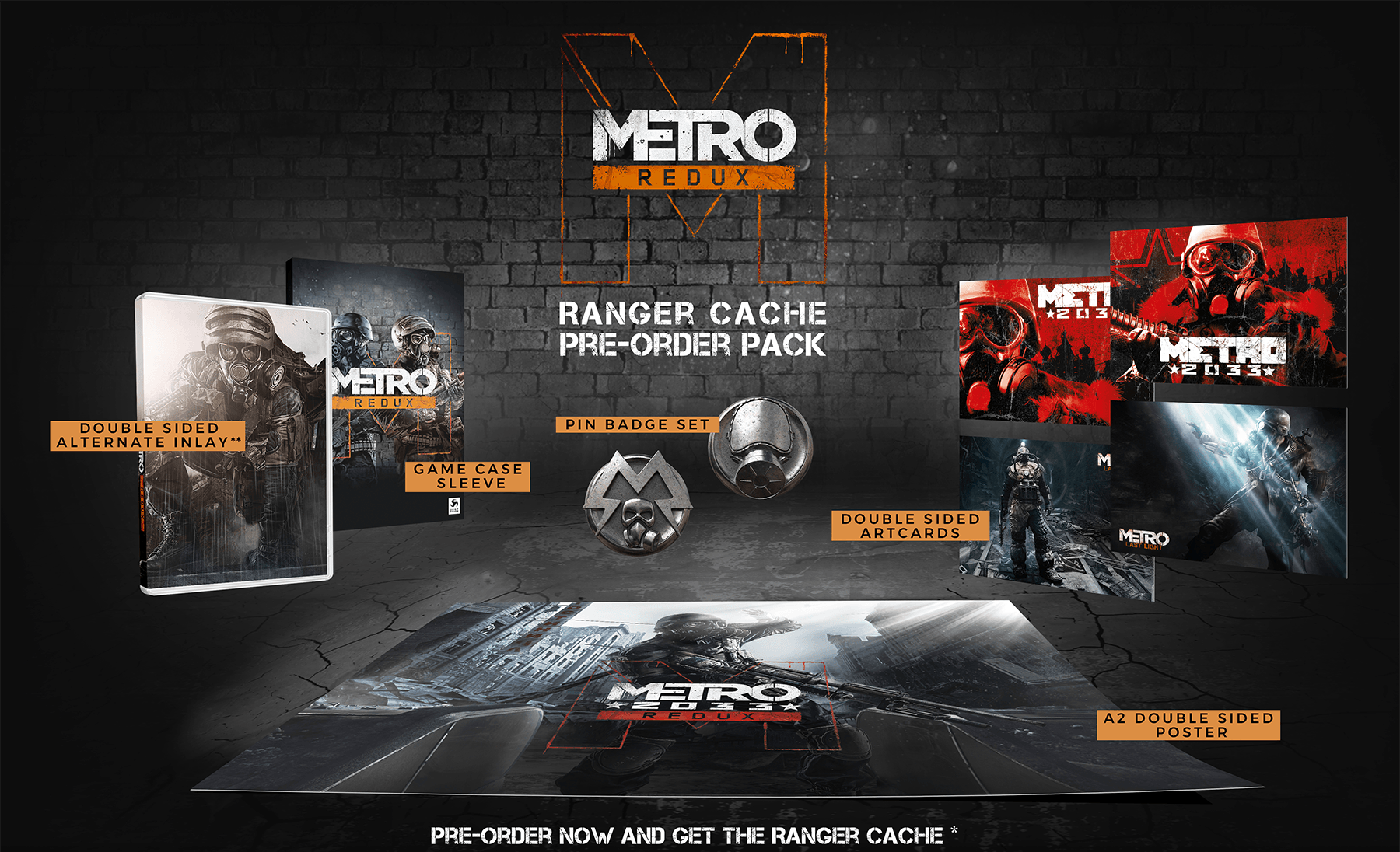