Marvel’s Avengers will launch on PlayStation 4, Xbox One, and PC on September 4 and will be available in a Standard, Deluxe, and Earth’s Mightiest Edition. You can read about what’s included in each one, the price, and the pre-order bonuses below. 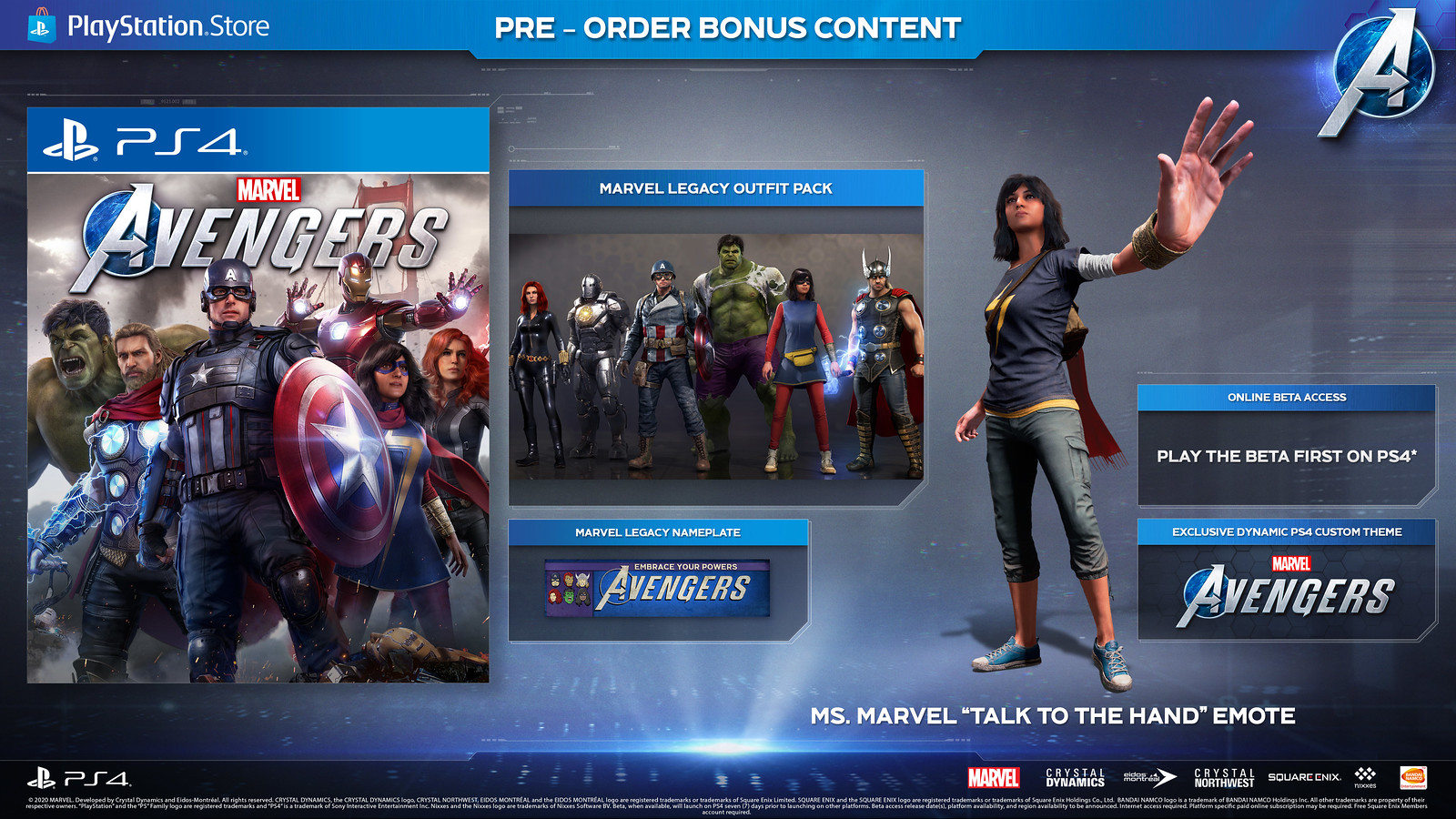 Users who pre-order any version of Marvel’s Avengers at participating retailers will receive guaranteed access to the beta, as well as a “Marvel Legacy Outfit” pack (inspired by moments from the comics that defined who each Super Hero was as they first embraced their powers to become the icons they are today) and an exlusive nameplate.

Users who pre-order any version of Marvel’s Avengers via the PlayStation Store will receive additional pre-order bonuses, including a Ms. Marvel “Talk to the Hand” emote and “Marvel’s Avengers: Hex Pattern Logo” dynamic theme. The exclusive Digital Edition on the PlayStation Store includes an exclusive Ms. Marvel nameplate and 1,000 credits which can be used towards Super Hero customizations. This edition also includes 72 hours early access when the game launches in September. PlayStation 4 players can also play the beta first when they pre-order any edition on the console. 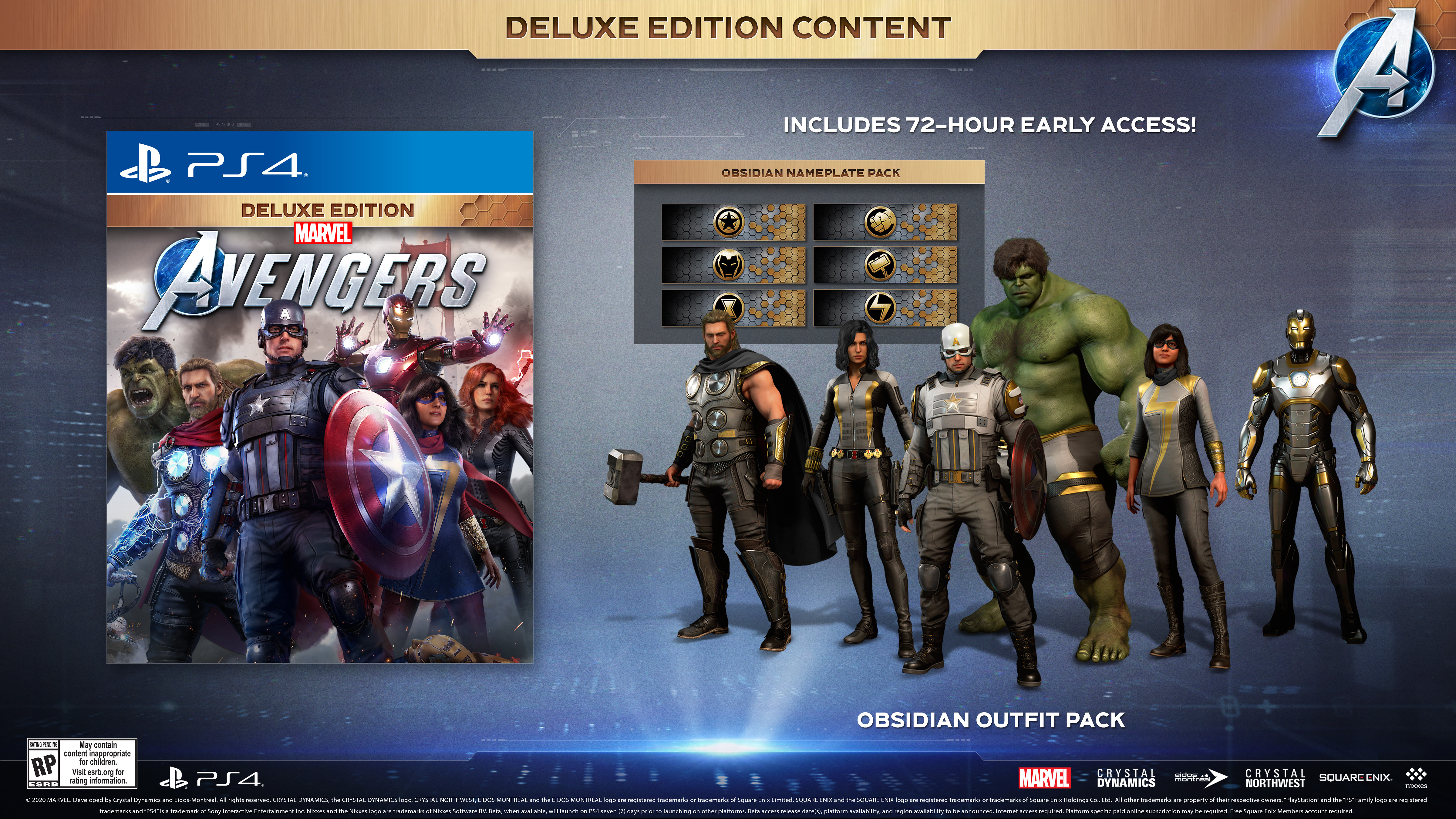 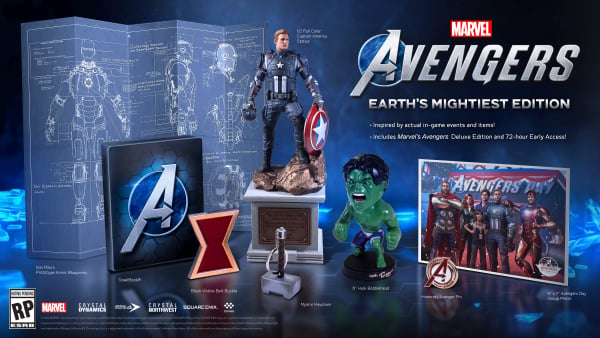 0 0
Previous ArticleKatana Kami: A Way of the Samurai Story Arrives in the West on PS4, Switch, and PC on February 20Next ArticleRomantic Visual Novel Arcade Spirits Launches on PS4, Xbox One, and Switch on May 1