The rate at which videogames have technologically progressed is astonishing. In the span of forty years we have gone from the simplistic block worlds of Pong and Tetris to full-on Hollywood-grade blockbusters like Call of Duty: Advanced Warfare. Gameplay, meanwhile, has also evolved in ways that have allowed more and more games to achieve that rare balance of being easy to pick up but difficult to master. The standards across the board have become more even, and today it is rare to find a game that reaches the levels of awfulness as, say, E.T. or even Big Rigs Over the Road Racing. Yet there’s one department in gaming that hasn’t quite transcended in the same ways its technological aspects have: storytelling.

It’s a common thing you see in many reviews of videogames: great graphics, great gameplay, great multiplayer, crap story. For reference, just look at some of the most high profile games put out in recent memory: Destiny, Advanced Warfare, Watch_Dogs–the list goes on. Of course, there are plenty of games with great storytelling out there. The Metro and Half Life series come to mind, as well as many indie titles that use more subtle, minimalist approaches such as Braid and Papers Please. Ultimately, however, these are games that thrust you into the shoes of a certain protagonist, with your only input involving moving and shooting anything that isn’t you. Many of the most well written games are nothing more than a series of cutscenes punctuated by shooting and exploratory sections.

Even a game like The Witcher 2, for example, with its mature and extraordinarily conceived plot, isn’t using the videogame medium to its full advantage in order to tell a story. You are playing as a very specific character, Geralt of Rivia, who has a distinct look and backstory. There are numerous key points in which you make game-changing decisions, but ultimately it just feels like you’re a railroad engineer flipping switches to steer a train. In many games, the only way in which you the player are truly defining the player character is how you play during non-story related sequences. Again, there are plenty of fantastic games that adopt this formula, but as a medium whose capabilities far exceed its peers, we have to expect a little more from videogaming.

So what makes a game truly great at storytelling? I’ll list a few games and I’d like you to try and figure out the single unifying aspect they possess: The Walking Dead Season 2, Fallout 1 and 2, Mass Effect, and Dragon Age: Origins.

You can argue whether or not these are the games with the most compelling stories, but what is indisputable is that these are a rare breed of videogames that take full advantage of their format to do so. What these games possess that few others do are two things: a blank slate of a player character, and plenty of dialogue options and opportunities for players to define that blank slate.

Let’s look at The Walking Dead Season 2, for instance. As a point and click adventure game, TWDS2 is by its nature a story-driven game. But where it excels in its genre is the degree to which the player can define Clementine, the player character. Just about every line of her dialogue, both important and inconsequential, is decided by the player, and while many of them have little to no effect on how the story pans out, they help to shape every minute detail of Clementine’s personality in the mind of the player. Is she inherently distrustful of her adult counterparts? Is she kind-hearted to everyone in spite of the circumstances? It’s entirely up to the player, and the way he or she defines Clementine is instrumental in shaping the mood of the entire narrative, whether it is of hopefulness against all odds or bleak pessimism.

Everyone’s seen Breaking Bad, right? It is one of the most watched TV shows in history, and deservedly one of the highest rated. One of the biggest reasons why the show is so beloved is that it gives itself plenty of room to show you its characters outside of the context of the main plot. There were plenty of scenes that didn’t necessarily drive the plot along, such as Hank and his brewing and mineral collecting hobbies, Walt teaching his son how to drive, Jesse hanging out of with his brother, and Marie going around stealing things. Yet these scenes are the most crucial in Breaking Bad, as they gave the plot plenty of quality substance to stand on. Had these characters existed in a show in which nothing of particular note happened, it would have still made for a fairly interesting watch. However, if Breaking Bad retained its central plot but lacked the compelling quality of its characters, it would have been unwatchable.

Likewise, for a game to truly tell a compelling story as far as the videogame medium will allow it, it has to let you define your character in less plot-driven moments. One of the most effective examples of this is in Dragon Age: Origins, in which your party members ask for your opinion on certain moral or political matters. Answering one way or another had zero effect on the story or gameplay, aside from a minuscule level of approval or disapproval your party member might have. The effect on the game is negligible, but the effect it has on the mind of the player is profound. Dragon Age: Origins may not have a voiced player character, but that allows  for a greater variety of dialogue responses to be created, and as a result the overall persona of your character, the Warden, is much sharper and defined than the heroes of its two sequels. Game developers shouldn’t underestimate the ability for gamers’ minds to fill in the gaps. Having no voice acting might make for a less “cinematic” experience, but making up for it with plenty of dialogue choices is a far greater reward, as players will fill their characters with their own personalities and voices.

Another fantastic example of excellent videogame storytelling can be found in last November’s This War of Mine. The game has no recorded dialogue or scripted plot, no QTEs or fancy cinematic. Yet the game is one of the most capable storytellers in recent memory because it sets things up in such a way that the player’s every decision with the survivors becomes one chapter of a larger narrative that is entirely driven by him or her. You begin the game with a group of randomly assigned survivors, and from there their journey towards surviving the conflict is in your hands. You can play the game peacefully by trading often, avoiding stealing and killing, or you can play it in the opposite manner. Your survivors will react emotionally and in extreme circumstances take their own lives, and the game will keep track of these updates through diary entries by each of the survivors. In the end, This War of Mine revolves around a “What if?” scenario. What would happen if a group of survivors in a war torn city are forced to cope with the reality of their situation? Do they turn to banditry right away and stain their souls with their actions? Do they try and be moral, but wilt away from sickness and starvation as a result? These are narratives that you’ll find in the stories of many real-life war survivors that the game takes inspiration from, but unlike its larger budgeted peers, This War of Mine takes full advantage of its nature as a videogame and uses the player’s actions to craft its narrative of a band of survivors struggling to make it out alive.

A good sign that a game is successful at storytelling is if you decide to play through it a second or third time and find that, in spite of the plethora of opportunities you have to take the story down a different path than your earlier playthroughs, you simply can’t bring yourself to choose differently. This was particularly the case for me with The Walking Dead games; once I had finished each season, I found no reason to play through them a second time to see the different outcomes. The games truly made me feel like I owned my decisions. The combination of their moral dilemmas and the availability of dialogue options and decisions I could definitely picture myself making under those circumstances made it seem like choosing any differently would be a betrayal to my identity and values. A videogame that can accomplish this has truly succeeded at storytelling, because at that point it isn’t just the game telling the story; it’s also you.

Many triple A publishers like Ubisoft and Activision are pushing to make more cinematic games, and therefore in their minds, better storytelling games. But next gen graphics, quick time events and the like won’t necessarily tell a good story if the player is merely along for the ride. Look at the upcoming The Order 1886, which has been getting bad preview reception from media outlets for its heavy reliance on fancy graphics and QTEs over quality gameplay and player input, or the Call of Duty games whose single player modes more closely resemble the tram ride at Universal Studios. These kinds of production values may make for compelling entertainment, but ultimately they are merely videogames living in the shadow of movies, TV and books. Games should instead go where no author or Hollywood director can go by further exploring the techniques used by the likes of This War of Mine, Dragon Age Origins and Fallout, and in doing so they could evolve the very concept of storytelling in ways previously thought impossible.

Wanna Be a Streamer? You’ve Gotta Be Prepared To Deal With The Boring Stuff!
April 14, 2020 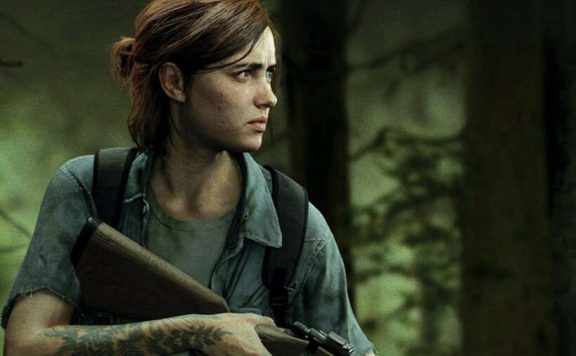 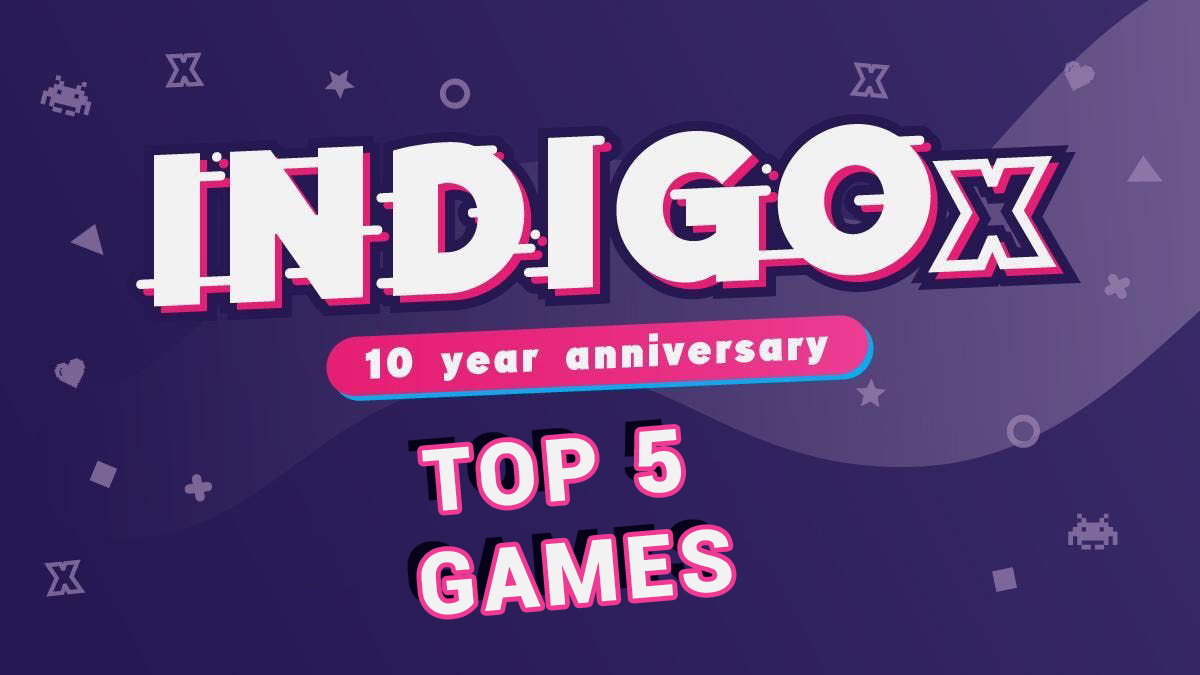