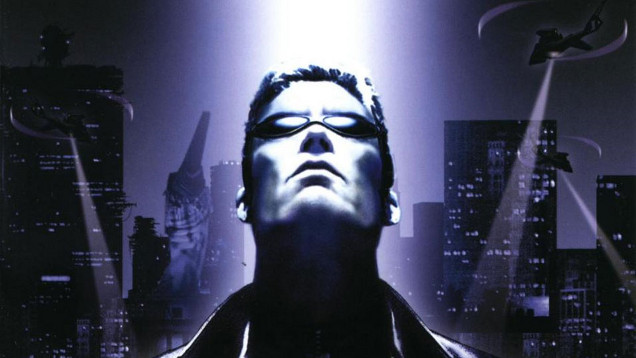 Videogames cater to a wide variety of needs and desires. At the most general level, they cater to either people who want a personal, more controlled experience, or people who want a more communal experience. I am, of course, referring to singleplayer and multiplayer games, and while there is no shortage of fine games that represent both, at the end of the day the singleplayer experience is the one that plays best to the strengths of the videogame medium.

Of course, some of the most widely played games on the planet are multiplayer games, such as CounterStrike, DoTA 2, World of Warcraft, and Call of Duty. Some of my fondest gaming memories stem from multiplayer games, such as that one time my friends and I engaged in an aerial dogfight in Tribes 2 that ended hilariously when we crashed into a mountain. Multiplayer games, despite what your parents might say, are an excellent, excellent communal activity that can have more appeal than a game of basketball or soccer.

Here’s the thing. Videogames can, and should be beyond comparisons to existing entertainment or communical activities like watching movies, reading books, playing sports and such. They have the ability to put players in a unique position of an amazing story, a position that lies somewhere in between author and participant. They have the capacity to be extremely personal and profound journeys in which players learn something about the world and themselves through their very actions within the games. I’m thinking of games like Heavy Rain, the Mass Effect Trilogy and Deus Ex, all of which, for the most part, are strictly singleplayer games. These are games that don’t just require you to play them, but also invest yourself in their stories and characters in order to get the most out of them.

A multiplayer game, on the other hand, often times does not require the latter. Your only focus is on winning, and while this is true in singleplayer games as well, your playing field is significantly more even and your attention in multiplayer games is more focused on mastering the game mechanics, figure out strategies and seeking competition. Essentially, as I alluded to before, it’s just like playing sports. Whatever sense of immersion you could garner from the game’s settings, character design and lore is shoved aside, and the fundamental goal of victory overrides your every thought.

The same is true in cooperative games, which are more prevalent today. Combining elements of singleplayer and multiplayer, cooperative games like Left 4 Dead allow small groups of players to band together and work together against the game in a singleplayer-like structure. The problem is that when there’s more than one person playing the game besides yourself, it becomes extremely difficult to fully immerse yourself in the experience. You’re not a survivor in a post apocalyptic zombie apocalypse; you’re just some person playing a co-op match with your pals on a Friday night. “Dude dude, my health is at like 2!” your friend barks into his microphone while hopping around like a kangaroo that’s just ingested industrial quantities of cocaine.

No one can possibly care about what’s going on with a game’s story and lore with these things going on, because your brain prioritizes the game mechanics and systems in order to win. This was especially the case when I played Titanfall’s story “campaign”, which is basically identical to any other multiplayer match, with the exception of story-based radio transmissions you receive based on whichever side is winning the match. I had absolutely no idea what was going on with Titanfall’s story, and I highly doubt anyone playing on my server did either.

The point is, the only way for a multiplayer game to allow you to become immersed in its setting, characters and story is if everyone you were playing with role-played and behaved as if they were the characters in the game. As I came to find out when playing on a role-play server of Neverwinter Nights, this has a tendency to be awkward and creepy. In general, when we get together with our friends to play a game, we automatically are inclined to approach the game in the same manner we approach a game of cards or Monopoly: as a fun diversion for a few hours that, on a more implicit level, builds rapport with whoever we are playing with. Try playing a game like Spec Ops: The Line with a friend and see if you can still appreciate its unnerving story and incredible subtext the same way you would if you were alone. Many games like these are designed to speak directly to the player, and when there’s more than one person in the room, it feels like the game is speaking not just to you, but everyone else who’s playing or watching you play.

There are, of course, games that have found innovative ways to have multiplayer elements in an otherwise singleplayer experience. The most recent and best example of this is Dark Souls, in which other players briefly aid or hinder one another during brief pockets of gameplay, such as leaving helpful memos, invading other players’ worlds, or helping them overcome a boss. Interaction is strictly limited to gestures, and the whole concept is backed up by the game’s storyline, rather than being a tacked-on mechanic like Dying Light in which cooperative partners appear as clones of the protagonist. Dark Souls’ concept works extraordinarily well because it allows for the communal element of multiplayer to work without tainting its deeply personal singleplayer experience, in which the player, against overwhelming odds, must fight and die through a lonely, somber world in which danger lurks at every corner.

Ultimately, multiplayer experiences, especially first person shooters, cease to have any profound effect on you once you decide to stop playing. You may have the time of your life owning everyone at DoTA or StarCraft II, but once you stop playing, what is there to take away? Contrast this is many singleplayer-only games, such as the afore-mentioned Spec Ops: The Line, Bioshock Infinite, Mass Effect 3, Heavy Rain, Deus Ex, and The Witcher 2: Assassins of Kings, all of which have deeply personal stories that make players think long past the day they complete them. Out of all the stories I’ve immersed myself in across all kinds of media, the ones in videogames like the ones above have had the most long lasting effect on me, and that is something singleplayer games have that multiplayer games can never achieve: the ability to combine storytelling and player input into something that transcends music, books, television, theater, and film by light years.

Multiplayer will always be an important cornerstone of videogaming for a variety of reasons. They’re usually a lot of fun, rely entirely on player ingenuity and unpredictability to stay fresh, and it doesn’t take a developer too much effort to create the right playground for players to mess around in. Singleplayer games, however, require much more work and care to be truly excellent. They require writers, talented voice actors, extremely skilled programmers, and a very careful balancing act of making the experience controlled and paced without stifling player creativity. When done right, they can make for some of the most rewarding experiences that push human creativity deeper into uncharted territory.

You’ll notice that many of the games I listed above have been headed by the gaming industry’s leading innovators, such as Ken Levine, David Cage, and Warren Spector, and not corporate schmucks like those at Activision who influence game design to generate the most profit. That’s because they recognize the power of the singleplayer experience, and while its perfectly fine for some of us to simply see videogames as little more than entertainment, the rest of us who want it to rise above that should place our hopes in this side of the medium.

0 0
Previous ArticleWhy 2015 Is Going To Be The Year Of The Xbox!Next ArticleWhy Releasing Unfinished Games Is Killing The Industry!