The last decade or so has seen us through a rise in open-world game design, in which developers, realizing linearity and a lack of player choice was killing innovation, turned to nonlinear, open-world level design in their work. This decision, in many instances, turned out to be the right one, as some of the greatest games released over the past several years have been open-world games like Grand Theft Auto, Crysis, Fallout 3, and Skyrim.

However, lately there’s been an increasingly noticeable decline in quality in open-world games. This decline is largely creative in nature, with a number of high profile releases from big name publishers having rehashed ideas and overtly familiar gameplay. Ubisoft’s Watch_Dogs, for instance, was a colossal disappointment when players realized that its much touted hacking mechanic was just a load of hot air. Far Cry 4 also received some criticism for being more like Far Cry 3.5, having added absolutely nothing new to its predecessor’s successful open-world formula.

As you might have picked up by now, Ubisoft is by far the biggest offender when it comes to driving open-world games into mediocrity. By simply copying and pasting the same tired formula onto their games, the publisher has managed to accomplish the seemingly impossible: making open-world games boring. Such is the damage they’ve wrought that a number of gamers are turning to more linear adventures to whet their appetites, such as the hugely successful Wolfenstein: The New Order and even The Order: 1886, which reached the top of UK charts upon its release a few weeks ago.

The single most conspicuous design choice that is just wrecking our enjoyment of open world games is the overt partitioning of game world activities into specific categories. To illustrate, you’re trundling along a road and pull up your map to see where you need to go. There are several icons on the map that look like skulls, along with others that look like little cars, alphabets and bombs. “Hm!” you wonder, “I think I’m feeling like an assassination mission!” And with that, you head off towards the nearest skull icon on your map.

After a while, having done fifteen assassination missions, ten racing missions, sixteen bomb defusal missions and three story quests, a certain realization settles in: this is about as much of an open-world experience as Disneyland is. Think about it. How much different are the in-game maps of Far Cry 4, Watch_Dogs, Middle Earth: Shadow of Mordor, Grand Theft Auto and Sleeping Dogs from that of Universal Studios, Disneyland, or a Six Flags theme park? The point is, they all neatly categorize every single part of their worlds into specific activities that are essentially clones of one another. Every convoy protection mission in Far Cry 4, for example, is essentially the same thing with different variations of enemies. Shadow of Mordor, with its countless rescue missions and weapon challenges, quickly becomes tiresome as well once you realize how predictable every facet of its design is. Worst still is how some of these missions restrict your freedom of movement by failing the mission should you wander too far away, a cardinal sin for any open-world game.

Challenge missions, assassination missions, and rescue missions like the ones in the games listed above are fine as momentary distractions, but when they form the bulk of gameplay, they severely threaten the attention span of even the most patient gamer with their repetition and predictability. The bulk of open-world gameplay should be the adventures players encounter spontaneously or create for themselves without the game funneling them down to very specific actions.

Skyrim is perhaps the current best example of how to do an open world game right. Although it doesn’t escape developer Bethesda’s penchant for unstable and buggy releases, its sense of scale and dedication to crafting a living, breathing world is palpable. Every NPC has its own routine and living quarters, rather than being a nameless denizen that ceases to exist once the player ventures a certain distance away. Traveling on foot (or horse) as opposed to fast traveling everywhere is time well spent, as a variety of characters going about their business can be encountered, such as bards, farmers, military patrols, bandits, drug dealers and. Most importantly, every location and character, no matter how minor or insignificant, has its own story to tell.

One of the biggest charms of open-world games is the idea that things could be happening in the world beyond the player’s control. Skyrim, for example, nails this perfectly on the head with its numerous dungeons, ruins and abandoned forts. Walk into a cave and you could find a trail of dead bodies, leading up to one corpse sprawled all over a large crate. You wonder what happened in this place, when all of a sudden a large cave bear and its offspring emerge from a hidden corner. Upon slaughtering them all, you pick the lock of the crate open to find loads of treasure, along with a desperate note on the floor written by one of the dead persons, and suddenly an entire story has been told to you without any scripted sequences or dialogue.

Another game that accomplishes this in its own unique way is 2007’s S.T.A.L.K.E.R.:Shadow of Chernobyl. At one point in the game I came across a campfire with some militiamen sitting around, relaxing. I chatted a few of them up, rested up, and was soon on my way. Upon returning to that campfire much later, I found the militiamen once more, except this time they were all a gigantic pile of corpses lumped on top of the campfire. It was only later that I realized that long after I left the area, the militiamen, with their not-so great AI, tried to leave as well, but tried to do so by walking through the campfire instead of around it. They wound up incinerating themselves, hence the mountain of bodies. It’s certainly not the sort of thing developer GSC Game World would be touting, but for me, the fact that the game world was changing independent of my actions or presence was very satisfying and immersive.

It’s also worth noting that S.T.A.L.K.E.R. has no fast travel, no challenge missions, few safe zones, and no mercy. It is a game that absolutely succeeds in making you feel like a lone adventurer who is insignificant in the face of a vast and dangerous world teeming with mutants, bandits and fascistic armies, all of whom are capable of murdering you in seconds regardless of your weapons and armor. This isn’t to say that open-world games should be impossibly difficult, but they should, to some degree, make you feel like just one person struggling to make some kind of impact.

Additionally, what would also be a welcome change to open-world games is the player not being given god-like status within the story. It’s quite ridiculous that, for example, in Skyrim the Dragonborn, besides being the savior of the entire world, could also ascend to become the leader of the Companions, the College of Winterhold, the Thieves Guild and the Dark Brotherhood; that’s more responsibility than being President of the United States. There’s also Dragon Age Inquisition, where practically everyone you come across just about worships you as the Herald of Andraste. Ironically, it would be a better idea for open-world games to cut off these sort of things from the player as they make more decisions, to ensure that each person’s experience is unique to them.

The key for game developers to revitalizing the open world genre is quite simple: don’t be lazy. Take the time to craft a game world filled with stories, both implicit and explicit, along with characters that have backgrounds and personalities. A huge city with loads of things for players to do is, in the end, completely meaningless if that city feels more like Disneyland, with shallow, scripted actors and pointless activities to sink one’s time in. Take Watch_Dogs’ hacking mechanic, which allows you to see into the personal lives of every single NPC. It’s a mechanic that is utterly meaningless and, frankly, idiotic in the face of the game’s shallow characterization and lack of anyone players care about. Why should you care about an NPC’s penchant for Japanese tentacle pornography if said NPC is just a palette swap of another NPC standing a few feet away? Now imagine this mechanic implemented in a game like Skyrim or Mass Effect. Why would it work better? Because both games have the kind of personalities that make you wish you could peer into their lives.

In short, open-world games need to reclaim that concept of a living world, where both quality and quantity matter equally by taking inspiration not from theme parks, but the real world. 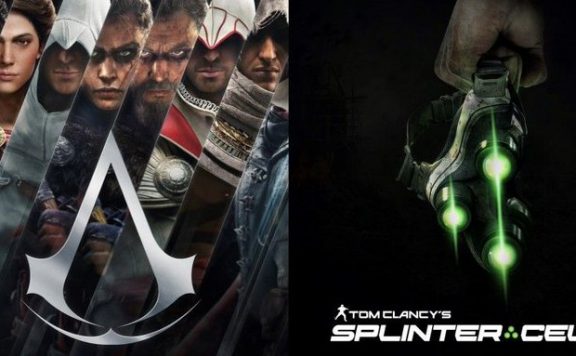 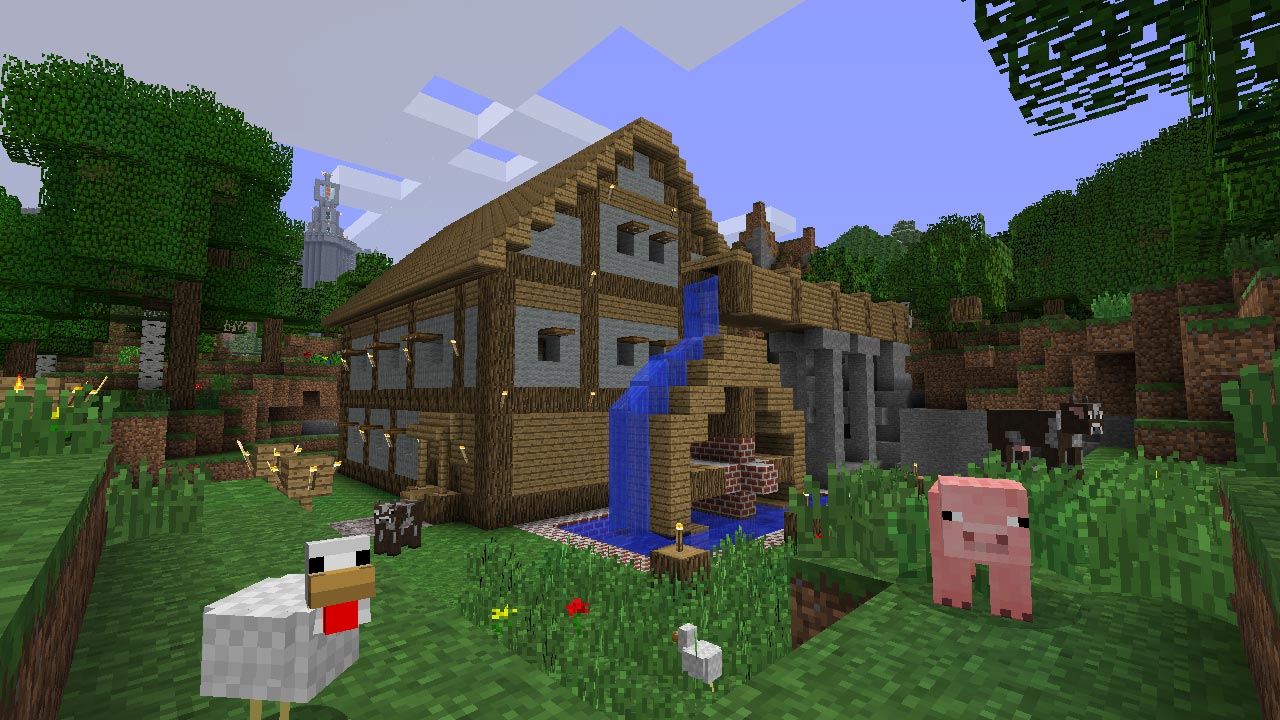