For those that didn’t know but just a few days ago was Phil Spencer’s one year anniversary since taking over as the head of Microsoft’s Xbox division. His rise to power was well warranted after the failings of Don Mattrick’s reveal of the Xbox One. Ever since the release of the Kinect back on the Xbox 360, the Xbox vision had slowly starting turning into more of a console for casual gamers. While this direction has brought in a bigger audience over the original Xbox, it has been alienating the hardcore Xbox fans.

This vision for the company is why at the end of the 7th generation Playstation made such a big push and eventually passed the Xbox 360 in consoles sales. What playstation started doing was putting all its resources behind making great games. Xbox did the opposite by using more resources towards Kinect games and getting exclusive rights to media apps. This plan finally came to a halt after the big out cry from fans after the Xbox One reveal. Don Mattrick decided to push the X1 into being more of a media console instead of a gaming console and the community was not having any of that. While this was a bad start for the Xbox One the thing that broke the camels back for Don Mattrick was E3. His decision to make the X1 have to always be connected to the internet sent the gaming community into an uproar. One month later he was fired which set the table for Phil Spencer’s rise to the head of the Xbox division.

March 31, 2014 was the official day that Phil took over and it is exactly what the Xbox has needed. The day it was announced veterans all across the video game industry were relieved. Xbox was finally getting a leader that understood the gaming community and what it wanted from a console. With Phil’s leadership the Xbox has turned around, console sales have steadily increased month after month.

A very big change was dropping the Kinect from the Xbox One. Xbox’s original plan was for every system to come with Kinect so that game developers would be more incentivized to makes games for it. Problem was that not every gamer wanted to pay the extra hundred to have it. It was hurting sales being a hundred dollars more than the PS4 and when they cut it out many gamers rejoiced and went out and bought the X1. While this did hurt the potential for Kinect in the long run it has saved the X1 from abysmal sales like that of the WiiU.

While this was a good start for Phil I would say the following year’s e3 was where Phil’s changes to the company really started showing. E3 is the biggest gaming event of the year and Phil made sure the X1 brought it with games games and more games. There was not even the slightest showing of anything to do with Kinect or media apps. The Xbox Ones exclusives have been coming along quite strongly with a wide variety of games. The lineup that is coming up over the next few years has had me more excited than ever to be an Xbox owner.

On top of this has been how much he has had his team fixing and updating the Xbox One. When it launched it was far from as amazing as what we gamers thought it would be. While it did come with some amazing features such as being able to snap an app on the side, there were a lot of things missing from the previous gen that we wanted. This gave way to there engineer team updating the console even faster than before. With monthly updates that have brought back old features and new ones a like. The X1 looks like a completely different console than when it released.

If all that wasn’t enough Phil has been making great strides with integrating the Xbox One console with Pc gaming. Soon for those with windows 10 you will be able to stream all your games through the Xbox app for free. This means you’re able to play anywhere you want with an internet connection instead of having to drag your X1 with you wherever you go. With the ability to get achievements, capture and share game clips and even play with your friends on games that permit cross pc and x1 play. It will be just like having a mobile X1, I can already see myself getting in some gaming on my lunch break at work.

My only complaint of Phil Spencer so far is the fact that he hasn’t full removed the parity clause for games. This was supposed to help promote consoles receiving releases of games at the same time but that hasn’t come to fruition. Some games have come out first on Ps4 and then ported over to X1 which I am fine with. This has happened quite often so I am assuming at the point Xbox isn’t really enforcing the rule on game developers anymore. While that is great I still would like the see the parity clause removed so it is more official.

All in all you cannot deny that Phil Spencer has been everything the Xbox division needed and some. He is bringing the games and pushing the X1 into uncharted territories for console gaming that I cannot wait to see how it turns out. Phil if you ever see this congrats on your one anniversary as the head of Xbox and hope there are many more in your future.

Let us know what you think of Phil Spencer’s first year in the comments section below.

Xbox, Off: After 10 years, Microsoft is pulling the plug on the Xbox 360
April 21, 2016
Phil Spencer Says Team Xbox Have a “Plan” to “Win” the Next Generation
April 4, 2020
Phil Spencer Talks About Crackdown 3; Says “Xbox Brand Is Doing Well”
January 11, 2017
Xbox Fans Around the World Are Petitioning Phil Spencer for Better Globalization
June 30, 2021 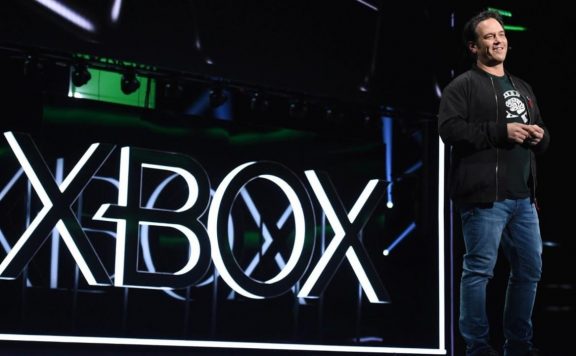