I’ll keep this brief as ESO is obviously already out on PC and the console version isn’t too much different. There are a few main areas I’d like to touch on in this article but I first want to preface that I know a lot of console players will compare this game very closely to Skyrim and use that to try and gauge whether or not The Elder Scrolls Online is for them.

I’d like to start off by saying this is not like Skyrim, or any of the other entries in TES aside from the lore. It is an MMO, and the timelines are way different from any of the games in the series that currently exist. This game is focussed more on the interaction with other players and multiplayer questing than going it alone and changing the world in true Elder Scrolls fashion. You aren’t going to shape the whole of Tamriel with one action, and the people aren’t going to chant your name in the taverns… mostly.

Let’s talk about combat. Elder Scrolls combat has always been pretty clunky and not very well refined, but it has a certain charm to it. That being said, it is very binary and if you are in range and swing your sword, you will do a certain amount of damage to your enemy. This changes slightly in ESO, as long as the enemy you are attempting to kill is highlighted, your attacks will hit. You can swing at him from 15ft away and still land a strike, and while that is typical MMO combat for you, it bugs me a little. The same is true for the enemy, meaning there is no easy getaway as that wizard that’s casting spells at you may be able to do it through walls and round corners. If you’re under levelled and get surrounded, you’re gonna have a bad day.

Following on from how the combat works is what type of combat you can expect for each character. The ability system in ESO works, again, similarly to how abilities and specials work in other MMO’s. This means that no matter what your class of choice is, there will always be some form of magic helping you through your battles, whether it be invisibility for a rogue, extra armour and stunning spells for warriors, and an ensemble of spells of all varieties for mages.

Let’s talk about which class I think is the best all around. I was able to put 3-5 hours into each character throughout the 5 day course of the beta and I feel like, while every character is balanced well, the Dragon Knight (warrior) was the strongest. This, of course, is my opinion given the very small amount of time I had to play it, but it just felt strong at, what the early levels are, killing enemies before they kill you. I’m positive that as you progress through the game and start to take on some of the end game dungeons and crypts, you will become reliant on those Templars to heal you and your allies, as well as Rogues to sneak through undetected, but in the early game, the warrior was definitely my favourite. It goes against what I normally do in RPG’s too. My favourite classes are Rogue, followed by Mage, followed by Warrior. You’ve broken me ESO!

Now, one of the focal points of an RPG, and especially an MMO, character progression. How does it feel to level up a character? Well, to continue with the theme of this article, character progression is vastly different to the offline Elder Scrolls games. By this I mean, each time you level up you receive a skill point which is used to unlock or upgrade an ability. This is pretty different from the other games as when you receive a point, you can’t just make your sword do more damage, or take less damage. You have to use it to unlock abilities, half of which I forget what they do at the time. It’s a cool mechanic, but will definitely take some reading up on after the game launches, otherwise you’re going to have abilities that don’t compliment each other and are complicated to use.

The quests in the early game are fun, if a little repetitive. I haven’t managed to level a character up and take part in any end game stuff yet, but I have faith that Bethesda and Zenimax are competent enough to make challenging content, with rewarding outcomes.

Overall, this beta was fun, with little to no graphical glitches, which surprised me! The combat may need a little tweaking but I’m not sure how I would change it to make it better and maybe they have improvements in the works already, after all this was just a beta test and things are subject to change.

What did you guys think? Did you get a chance to play the beta? Are you excited for the full launch in June? Let us know in the comments!

0 0
Previous ArticleThe Evil Within: The Consequence DLC Review (Xbox One)Next Article5 Reasons Why We Are Hyped for The Witcher 3 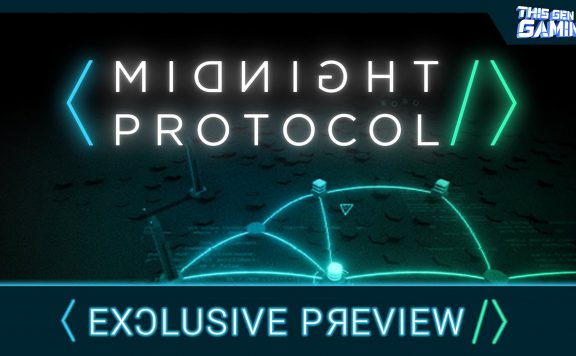