With game play of Fallout 4 being shown off from Bethesda and the Microsoft Holo-lens/Minecraft collaboration debut, Sony has to come out swinging if they want to win at E3 2015. So what can we expect from the console powerhouse?

With the stunning display of the Microsoft’s Holo-lens, Sony wants to send the message that they aren’t to be taken lightly in the virtual reality department. Potentially showing off a prototype display like the Holo-lens, Sony can spur a large amount of hype around the VR headset. With the right combination of information, such as pricing or release date, display of the device, and maybe a VR headset exclusive game, Sony will most definitely be able to match or even surpass Microsoft’s Holo-lens display.

Despite the official start of E3 this morning we are presented with numerous games that have fans going ballistic. For Bethesda it was Fallout 4 with some added love for the time old classic Doom. Microsoft unveiled a Forza 6 game play trailer in addition to a trailer for Gears of War 4. Who knows, maybe Nintendo will release information on the long awaited Legend of Zelda: Wii U. But what games should Sony fans be hyped for? First, Microsoft is to Gears of War while Sony is to Uncharted. With the announcement of Uncharted 4: A Thief’s End at E3 2014, Sony fans can most likely expect information on the long awaited title. Second, while Gears of War Ultimate is a remastered form of Gears of War 3 to be brought over to the Xbox One, information on the remastered God of War 3 would perk the ears of all Sony fans. Finally, No Man’s Sky. After its debut during E3 2014, fans have been left jaws agape. While Sony may not want to release all of their information on No Man’s Sky, I feel we can at least expect a playable demo.

While we won’t know for sure until 6 p.m. PST/9 p.m. EST, I feel that Sony, like previous years, will come out and wow fans with a marvelous display and many exciting releases. Be sure to check back here at ThisGenGaming for news and updates all throughout E3.

0 0
Previous ArticleTom Clancy’s Ghost Recon Wildlands First ScreenshotsNext ArticleE3 2015 – What Will We Get From Nintendo This Year? 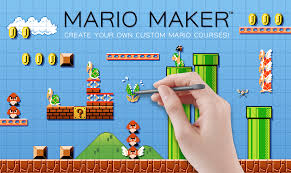