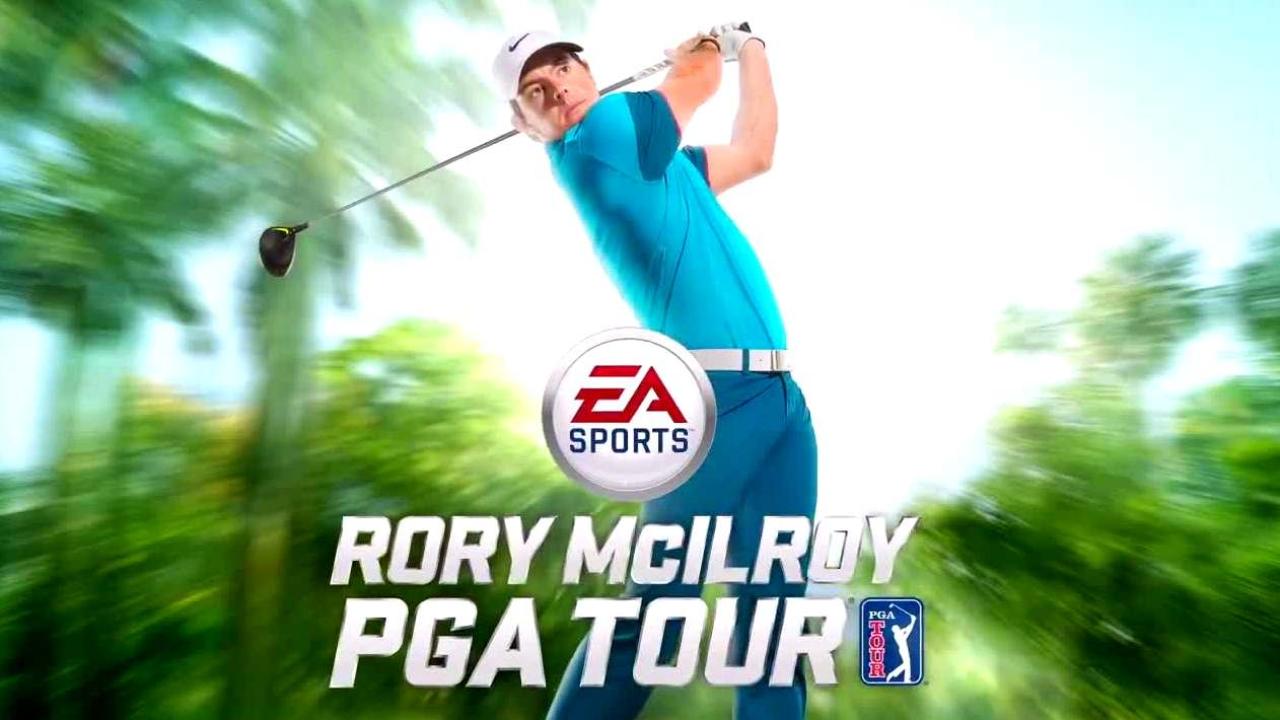 The last golf game to come out was back in early 2013 for PS3 and Xbox 360 consoles, and as usual was called “Tiger Woods PGA Tour” fast forward to 2015 and it’s now “Rory McIlroy PGA Tour” and is on the PS4 and Xbox One consoles which makes it the first golf game to appear on the current generation of consoles. With the franchise missing out on a year, and with the new name, you’d think the series would have a major overhaul, but instead it got worse.

The content overall is extremely lacking in all departments. To start off there are only eight real life courses in the main game, just eight! Compared to PGA Tour 14 which had 20 courses at launch. Wolf Creek, Royal Troon, and St Andrews are three of the eight real life courses which are included in the game. There is also a huge lack of modes in the game. For single player all you get is a play now option along with a career mode and challenge mode. There is also the option to go online and play against other players.

Career mode like most sports titles is the biggest part of the single player experience, and should keep you interested and coming back to the game.  This can’t be said for PGA Tour as like the whole game it is limited and basic. When you start career mode you have to create a golfer, and the design choices are slim with some awful preset choices. Once you find out the character creator is limited, you’ll soon learn the whole mode is limited.

There is no depth to the mode, you almost instantly get thrown in to the pro tournaments rather than build your character up towards these big tournaments. There is also no schedule which tells you what tournaments are upcoming, it instead just throws you in to each tournament randomly. After just a small amount of tournaments, I found myself to be just trying to get through it as quick as possible due to the mode being so dull and boring.

While it’s great to see that the frostbite engine was used for PGA Tour, it comes with some negatives along with some positives. The good is that whole courses are loaded rather than just a hole at a time which means you can go through each hole instantly, and get through courses quicker than ever before. The bad is that this seems to have caused some major technical issues like terrible pop in textures that frequent and extremely noticeable.

It’s a shame that these issues and lack of features plague the game, as if you look past these issues there is a solid golf game behind it. The gameplay is fun and with the 3 play style choices makes it easy for a first time player to pick up and play or for a more experienced player there is a greater challenge. It is also the best looking golf game to date due to it being the first to make an appearance on current gen consoles.

With this being the first Rory McIlroy branded PGA Tour game as well as being the first on current gen consoles, I expected this to shake up the series. Sadly that didn’t happen as it felt like major backwards steps were taken instead. The lack of features is the biggest gripe I have about the game by far, and it’s just not going to satisfy fans of the series at all. Add the technical problems too, and you have a mediocre at best golf game. There won’t be another PGA Tour game now until 2017 so  I hope the next 2 years are spent making it much better rather than taking away everything, and leaving fans with a bland and shallow video game.

0 0
Previous ArticleWhy We Should Be Excited About Microsoft at GamescomNext ArticleGears of War: Ultimate Edition Has Gone Gold, Digital Pre-download Now Available