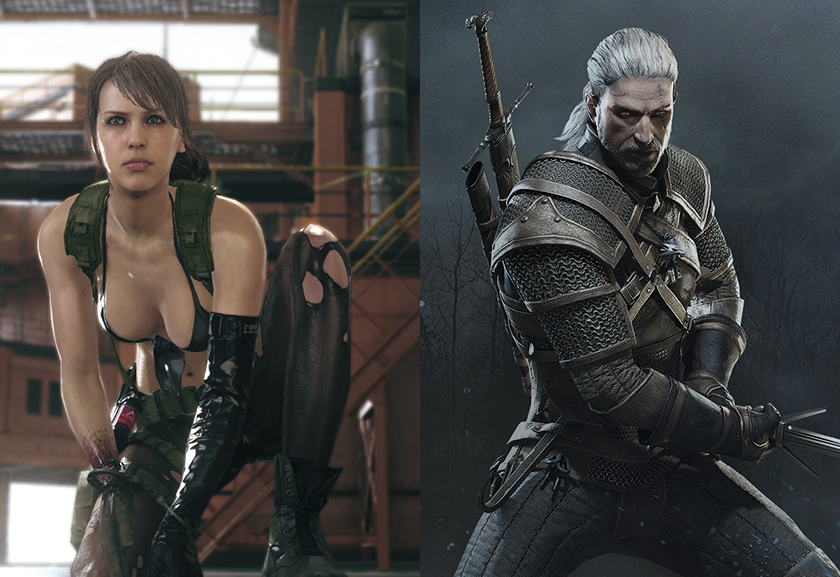 Looking at GOTY contenders a number of games spring to mind that also spread across multiple genres and for different platforms. Given their critical and commercial success very real possibilities for game of the year include The Witcher 3: The Wild Hunt and Metal Gear Solid 5: The Phantom Pain. If we compare these games to each other we see that there are quite a few similarities between the two.

These include expansive game play which includes player choice and control around the order in which they undertake different objectives and character development systems but the similarities don’t end there. So which game has achieved more of in terms of reception and meeting people’s expectations?

Metal Gear Solid 5: The Phantom Pain takes the stealth/action of the previous game in the series and puts the player in a nonlinear environment to use these tools. Like The Witcher 3 the player can then chooses how to complete the story in a very nonlinear fashion. Despite existing in different universes there are similarities too between Geralt and Big Boss. Both stoic warriors with great amounts of experience that exist in the grey area between good and evil who have overcome many challenges. The Metal Gear Solid series is a warning against the military industrial complex and The Witcher Series has also always set out to tell a good story.

With The Witcher 3 developer Projekt Red Studios were trying to improve on the solid foundation of the previous two games. An Action RPG in a fantasy world where Geralts quest to reunite with his daughter and defeat the wild hunt leads to the introduction of darker forces with possible apocalyptic consequences. The Witcher 3 has received major credit for being an achievement this year in the area of world building, the continent where the events of Witcher 3 takes place features an area 30 times bigger than the previous game with a great amount of opportunities for the player to get immersed in the world. The card game gwent has also intrigued players with collecting cards and being able to challenge notable NPCs an enjoyable side activity to monster slaying.

Where The Witcher 3 and MGS5 may fall down comes from a feeling of repetition that can begin to accumulate over time for the player, with an immense open in world in The Wild Hunt and Limited areas in MGS5. I have read the Wild Hunts swordplay does not hold up over the extended journey while MGS5 has received an admittedly mixed reception from players due to an apparently underwhelming story but also that with limited areas some of the offline content is just more difficult versions of earlier missions. It does seem though that The Witcher 3 has provided more overall satisfaction with the final product.

We have seen a few games this year that have involved giving the player lots of content to keep them busy. What make the best of these games? Perhaps open world gaming is what gamer’s are looking for so they can spend time developing themselves in the world of the game to pursue greater rewards and the cycle continues, with that in mind layered elements to the games world definitely add additional enjoyment. Why is the world the way it is? What does this player action lead to the development of? A good amount of context also certainly adds to the quality of the overall experience.

Then there is the amount of gameplay variation which also creates player freedom. With the release of the final open world game of this year we will see which game accomplished this the best and other factors that separate them. Fallout 4 is certainly looking to provide immense depth and possibly the best is yet to come.

Which game do you think is number 1 contender for game of the year? Let us know in the comments below.

0 0
Previous ArticleWhy The Nathan Drake Collection Could Be The Greatest Remastered Collection So FarNext ArticleDraw A Stickman: Epic Review (Xbox One)