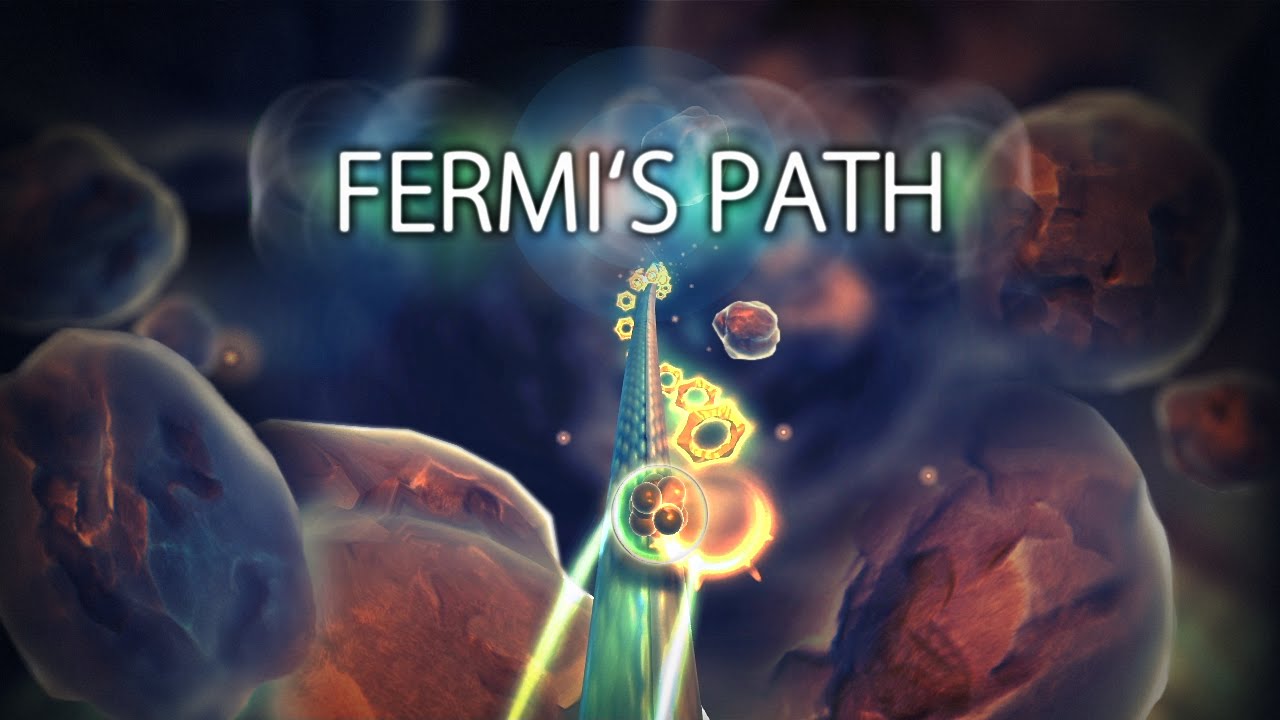 Fermi’s Path is an interesting game that sees you controlling a single particle down a simple track that can be quite fun in short bursts, but doesn’t really provide enough substance to keep you around for long gaming periods or to keep you coming back for more than a few gaming sessions.

The gameplay in Fermi’s Path is about as simple as it gets, you simply need to avoid the obstacles on the single track/rail that you are on and attempt to collect power-ups and orbs along the way. The problem with this setup is that you are not really given very much control, you can really only jump, rotate around the track, and shoot enemies. However, don’t get too excited about the shooting mechanic as you really won’t use it that often as you cannot damage or destroy any of the obstacles, only enemies that are shooting at you, and those enemies really aren’t all that common.

Another issue that I have with this game is that you are not even given any control over your acceleration or braking beyond grabbing an occasional orb that can speed things up for a short period of time. In all seriousness, this game feels like it would have been a better fit as a mobile game as it has much in common with the multitude of endless runner games that are so prevalent on smartphones and tablets.

Also, the game is severely limited if you are looking for reasons beyond endlessly running through the 20 stages or so. This is because the game doesn’t have any multiplayer game modes at all, and there is no storyline or plot to drive you to complete the game. Add that to a lack of any kind of leveling or character progression that could have provided a reason to return to the game.

Presentation is where Fermi’s Path actually shines. The stages themselves may not be all that engrossing to play, but they sure do look pretty amazing. The background in every stage feels extremely vibrant and exciting, as do the visual effects when you destroy an enemy or collect an orb. Unfortunately, these great looking visuals kind of made me wish that the gameplay was up to the same level of quality.

The music in this game is actually a really good fit for the game and setting. However, your enjoyment of the music is going to come down to whether or not you are a fan of electro music as that is what every single song in the game is. If you do not care for the music, or want to avoid any potential distractions, you can turn off the music, but that will pretty much only make you realize just how disappointingly bland and lackluster the gameplay actually is. I would recommend giving the music a chance though as there are some very nice and exciting tracks mixed into this game’s playlist. It isn’t really surprising that the music is done well as the electro track is one of the main selling points listed in the game’s description.

Fermi’s Path is one of those games that really excels in one area, but pretty much drops the ball on the single most important aspect of any game: gameplay. This is a real shame as the great art direction, animation, effects and music make you really want to like the game, but they aren’t enough to make this relatively bland game into something that you will want to keep coming back to time and again.

What do you think of our review? Are you a fan of endless runner games? Be sure to leave a comment below and let us know.