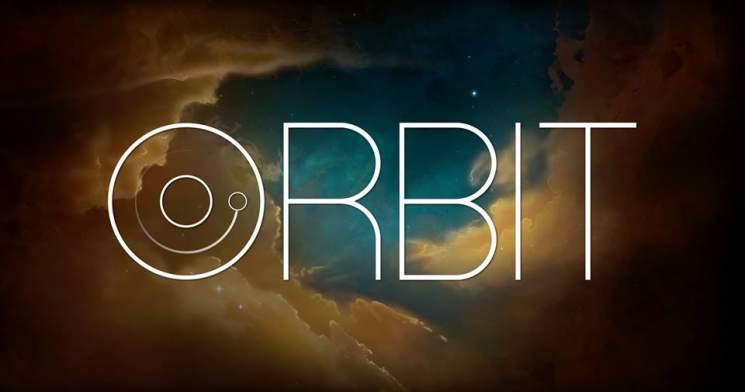 One of the biggest problems facing indie games these days is that there are companies out there that seem to think that they can slap together a game and make a quick buck without putting in much of an effort. Take a look at the indie section of the Xbox Marketplace, Playstation Store, and Steam to see multiple games that meet this description. Sadly, Orbit from 4bit Games seems like one as well.

Orbit’s premise seems like it would be a lot of fun, you and up to three friends are control spaceships to destroy each other. While this may sound a bit generic, this game’s only saving grace seems is the unique twist where your weapons and tactics are going to be affected by gravity. You see, on every stage you play through there will be celestial objects, mostly plants, that will affect the gravity during the match.

While this mechanic can lead to some fun little sneak attacks from time to time, the gravitational pull of those objects is more likely to get you killed by pulling you into a planet rather than into the path of any enemy’s weapon. It can be extremely annoying when you realize that most of your deaths (and those of your opponents) were a result of crashing into the environment rather than any skill on your part.

The maps do not really have very much variety between them, so even though this game boasts many, many multiplayer arenas to fight in, they all tend to look pretty much the same. The only real variety in the game comes from each of the ships that you can select (of which there aren’t many) and the abilities you can unlock over the course of the game through an rpg-like skill tree.

While there are multiple game modes in Orbit, such as Mayhem and Tournament, there isn’t really a whole lot that sets them apart. As a result, most people will probably end up just going sticking to tournament. That is, of course, if they can manage to play at all.

One of the biggest problems with this game is that it is multiplayer only. The developer chose to not include any way for you play the game on your own, not even allowing for AI controlled bots. What makes this even worse is that the multiplayer experience is limited solely to local multiplayer, which basically means that you can rule this game out unless you have multiple people coming over to hang out, which can be very difficult when you and your friends are all adults with other responsibilities that can make it difficult to get together for a gaming night. An online component would have made setting up games much easier for everyone.  While I am normally a fan of couch co-op experiences, it is very annoying when that is the only way to experience the game.

The presentation in this game is rather bland with very little effort being put forth in the ship and weapon designs, much less the rather small arenas. The only thing that really livens things up is the explosions when you manage to hit an enemy or your ship explodes. These effects are very vibrant and colorful, but they can’t really make up for the rest of the visual experience. Even more varied backgrounds for the arenas would have been welcome since, as mentioned above, they tend to blur together.

In the end, Orbit’s use of gravity is an interesting and cool idea, but it is let down by the mediocrity present in the rest of the game. You are much better served spending your money on a game that will allow you multiple ways to play rather than on Orbit and the baffling decision to leave out single player or online multiplayer. These omissions will likely lead to many gamers purchasing this game for the concept, and then rarely (if ever) starting it up again.

Do you agree with our Orbit review? How do you feel about the lack of single player or online multiplayer functionality? Please let us know in the comments below.