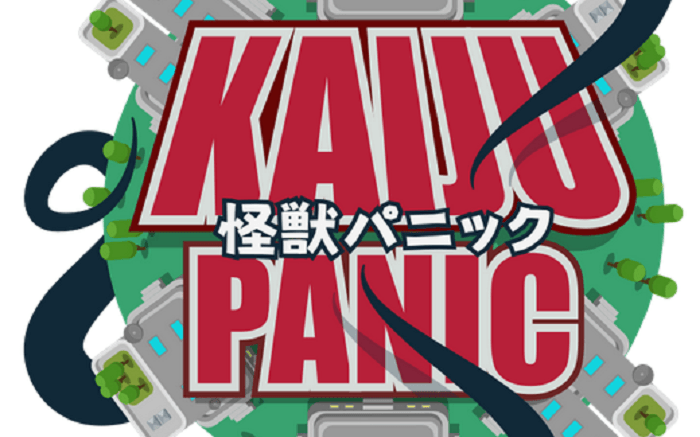 Kaiju Panic is a charming little indie game that attempts to bridge the gap between traditional real-time strategy and more casual tower defense games. While other games have attempted to bring those two genres together, it is Kaiju Panic’s adorable art style that set it apart from the competition, even if the gameplay doesn’t really bring anything new to the table.

One of this game’s strongest aspects is the way that the art style goes for a cute and adorable presentation. Everything from the citizens that you are trying to rescue to the environments where the missions take place are done in a vibrant and cartoony fashion that it is hard not to like. Even the Kaiju (giant monsters) that are coming to kill you, wreck your town, and eat your survivors are almost overbearingly cute. Speaking of the monsters, this game is going to throw a truly massive number of different types of Kaiju at you, so kudos to the developer for not simply going with only a handful of designs. You are going to see small Kaiju that range from bouncing slimes and spiders to giant butterflies and Godzilla-inspired giant monsters.

The music and sound effects in this game are not really anything special. In most cases, the music tended to blend together so much that I would honestly be surprised if this game had more than a single music track. This is a bit of a missed opportunity as the Kaiju attacks can frequently get quite overwhelming, so some ominous music would of helped immersion a bit during those moments.

Kaiju Panic’s gameplay is described by the developer as a combination of real-time strategy and tower defense, but the only aspect of real-time strategy that seems to have made it into the game is the resource collection. When you first start a stage, you will need to build a harvesting building next to these giant purple crystals in order to collect resources to build your defenses. Unfortunately, the resource collection is a bit of a pain as you are expected to run back and forth from the front lines in order to collect the crystals that the harvester structure inexplicably leaves on the ground. This really seems like an unnecessary addition to the gameplay as simply having automatic resource collection in place once the structure is built would have allowed the player to spend more time on the more entertaining parts of the game, such as collecting survivors and fighting off the Kaiju.

One aspect of the gameplay that is actually quite entertaining is the survivor portion. When you start a stage, you will be followed around by the survivors that you have rescued from previous stages. Throughout each stage you will find a handful of survivors to collect and add to your mob. The number of survivors will directly impact your score and ranking on each stage, and they can easily be killed by the Kaiju. Thankfully, the survivors are very useful and do not simply stand around waiting to die, you can lead your survivors to a structure that you are building and they will accelerate the building process. In addition, you can increase their survival rate by garrisoning them within your defense structures. Each survivor will add a stat boost to the structure, such as increased firing rates, more HP, and even buffs to the damage type.

In most cases, you can simply walk up to the survivor and he or she will join, but some of the survivors will have requirements that need to be met before they will join you. For example, in one of the early stages you will meet a survivor who will not join until you find his cat. However, once you find the cat it will likely run away from you and your mob because you will have a dog in the mob from a previous level. In order to complete the recruitment process, you will need to build a bunker and garrison the dog within it, get the cat, and then return to the owner.

Between missions you will have the option to return to the lab where you are allowed to spend research points. These points are gained by picking up drops from killed Kaiju. You can then use the points in the lab to research more defensive structures or improve existing structures. You can even upgrade your commander with skills that decrease build times, increase income, or increase starting resources. The only downside to this area is that there aren’t really all that many different types of structures to choose from.

While Kaiju Panic isn’t going to win any awards or fans for its contributions toward the strategy genre, it is still a very fun, cute, and refreshing addition to the tower defense genre. In addition, the sheer amount of stages and Kaiju types to defeat provide a lot of content that make this game a great value and easy to recommend.

0 0
Previous Article5 Reasons Why We Are Hyped For Halo 5: Guardians!Next ArticleWhy Halo 5 Must Be A Critical Success, Decent Scores Are Not An Option