Penarium is an arcade-style game that was released in September of this year for Steam, Xbox, and PlayStation. The game takes place in a brutal circus, where you are the start attraction. It’s a very simple survival game where you basically just dodge whatever is thrown at you. Should you get hit or should you accidentally land on something you’re not supposed to, you instantly die. It’s a level-style game with various stages, which of course get progressively harder as you move up in the stages.

The story goes as follows: You play a boy named Willie who lives on his father’s farm. One day, a ringmaster for a circus known as the Penarium shows up and convinces you to join him at his “sadistic circus extravaganza.” You (Willie) are at first excited to join the circus. That is, of course, until you get there and realize that the crowd is full of bloodthirsty savages who want to see how well you can escape death.

Upon arrival to the circus, you are immediately thrown into the ring with your first level. Each level is relatively short – most of the time you just have to smash barrels and dodge things like heat-seeking missiles, cannon-balls, and even a dragon-like thing that jumps out from underneath you unexpectedly. Other times you still have to dodge the same weapons, but with a different goal (such as trying to collect potion bottles for the ringmaster’s special lotion that he wants to make). This game is honestly one of the best arcade games that i’ve ever played. It’s as fun as it is aggravating – just how arcade games should be. It’s beyond frustrating when you can’t beat a level that you feel like you’ve been spending forever on. But, then you do, and it gives you such a rewarding feeling.

The levels get progressively harder as you go on, which is always good. There are plenty of arcade games out there where you basically just do the same thing over and over again and it can be really boring. Even though it keeps my frustration levels sky-high, it makes the game interesting and really lures people like me in to continue playing the game.

I also like that the controls are really simple. I really hate games that have a lot of complex controls for you to memorize – especially arcade games. This game keeps it nice and simple. All you have to do is move left and right, and jump across platforms. You can also jump offscreen and come back out on the opposite side of the screen, which is useful when you’re trapped into a corner by a thick blade hurling towards you.

The game also features a wide variety of weapons that are used against you. These include:

The list just goes on and on. Having such a wide variety of enemies in such a simple game really helps this arcade game stand above many others that are similar to it.

Ever played this game and felt like the campaign mode was a bit short? No worries. There’s plenty of gameplay elsewhere within the game, such as multiplayer mode and arcade mode. Arcade mode basically times your survival, but you can collect coins and gain unlockables from those items. It adds a lot more to a game that could otherwise fall short of a decent amount of gameplay.

One small thing that I like is how the ringmaster reacts to you winning each round. He gets angrier and angrier with every level you beat. Each time he expresses that he clearly wants you to die, and he seems to have a large extent of confidence that you will die on the next level, but yet you prevail. It adds a bit of humor to the game and even makes it a little creepy. I never got around to getting through the whole campaign mode, but I feel like somewhere in the plot he breaks loose and becomes a final boss or something. It’s a little thing that I think adds a lot to this game.

Overall the game is comfortable to play, enjoyable,  and it’s easy to pick up but hard to put down.

I’m picky with my graphics, so of course I was thinking about that when I played this game. The graphics are pretty bad compared to what modern technology can do, but it’s not like this game needs good graphics anyway. It’s a simple arcade game; i’m not expecting to see Call of Duty-style graphics here. However, I think they could have done a little better than making the whole game a pixelated, low-quality 2D game. It doesn’t take away from the gameplay, it’s just an aesthetic-related thing that I can be picky about.

This game can be annoying as all hell sometimes. Although it’s fun and I can’t seem to put it down, this game can have me practically chucking my controller at a wall sometimes. The difficulty level increases really quickly between levels, which doesn’t really make it a friendly game to new players, which would be everybody at level 3 (unless they’ve been playing arcade mode or something this whole time). Practice will prove to be perfect with this game, but it will be really frustrating just to get to that point in the game where you can say that you actually know what you’re doing.

The backstory is really… cheesy. Some ringmaster from some circus just randomly decides to go to some guys farm and ask his child to join the circus, and said child doesn’t even think to go get his father or even run for that matter. Rather, he hops right onto the circus bus and heads off to become everyone’s punching bag for the rest of the game. You would think that the kid would at least have a clue that something’s off, right?

Lastly, this game doesn’t really seem to be released for appropriate platforms. It’s on PS4, Xbox One, and on PC through Steam. I can understand marketing the game through Steam because Steam is known for distributing simple games like this; but PS4 and Xbox One? This would sell better as an Iphone game or a Nintendo 3DS game rather than on such huge platforms. When people pick up their Xbox One or PS4, they’re not thinking about playing a simple arcade game; they’re thinking about playing huge games with graphics that push the limits of the system like Fallout and Destiny.

I am a bit picky about some things, but I overall really like this game. Even though this game can be incredibly frustrating at times, I find myself always coming right back to the game and playing it again. It’s honestly everything I could ever ask for in an arcade game (to an extent) – it’s fun to play, it’s comfortable to play, the controls are easy, the levels get increasingly harder as they go on, it’s challenging, there are plenty of enemies, and I overall have a good time playing it.

I will rate this game based on how well it works, how accessible it is, the overall performance, the degree of fun I have playing it, the overall experience of the different modes you can play, and how it compares to other modern arcade games. 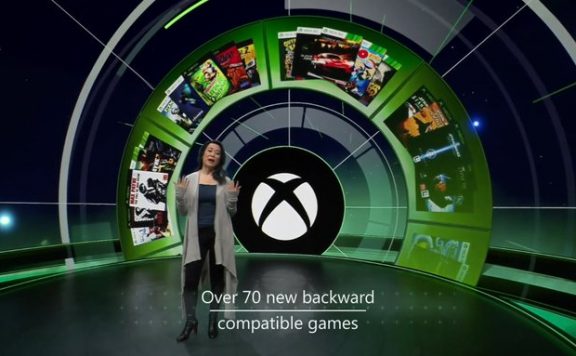