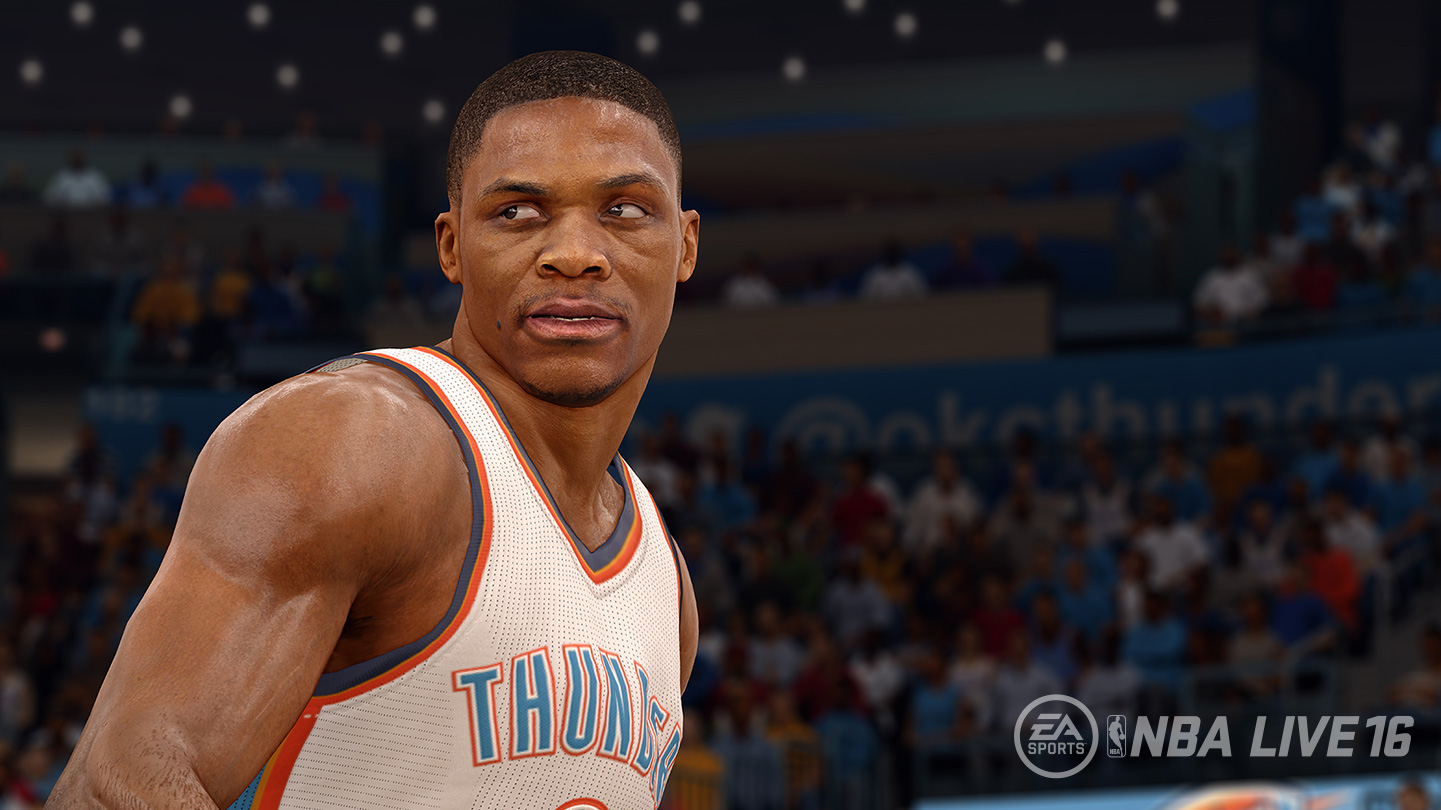 I am apparently one of the few gamers who loves NBA Live 16. I bought it for less than half price on Boxing Day and it was a pleasant surprise, perhaps even a pleasant shock. I have not been able to stop playing it for the past couple of weeks. After a week or so, I even went and deleted the huge NBA2K16 game file from my PS4 hard drive; I replaced it with a better basketball sim. Live doesn’t have all the extra dressing that 2K has, but I found the gameplay and graphics to be smoother and more challenging and realistic. The people of metacritic love to give zero ratings to EA games. All those red zeroes you see on the NBA Live 16 rating are not a reliable reflection of this game.

Live has a lot of ground to make up but rest assured, they are on the right track. I’d vote Live as one of the most underrated games of 2016. If I had to find a word to describe Live, it would be “sexy”. It doesn’t deserve the scorn it gets in the basketball-loving gaming community. I’ve heard a lot of gamers go so far as to demand Electronic Arts shut the Live franchise down this year. That would be a loss not only for Live fans but for 2K fans, too. Without the competition, 2K would lose its ambition and its luster. NBA Live is on the right track. With some creative thinking, they can make a grand comeback and take back the basketball crown that has rested firmly on 2K’s head for several years.

One of the better things about Live, along with its awesome soundtrack, is that you have to earn your way forward. In 2K you can spend your way to a perfect player. I’m sure it makes 2K a lot of money. And as we all know by now, 2K is all about the money. When you create a player in Live’s Rising Star mode, you have to earn your player’s progress through reward points given fairly generously at the end of each game. Another cool feature of Live is the Live companion app, which lets you scan your own face on to your player in the game. It actually works, too, and immerses you all the more. Each time you look at your own player, you’ll see your own ugly mug. I tried it but couldn’t take it so I switched it up to make my player better looking.

If you look closely at the 2K series, not much has improved or changed over the past few years in terms of gameplay. It’s got lots of extras but the gameplay itself has remained relatively unchanged. Live, however, has made many gameplay advancements that have put it well on the road back to its glory days. The Ultimate Team and Pro-Am modes are wildly addictive and fun to play. Try it. You won’t be able to stop.

In any case, here are a few ways Live can gain ground on 2K next year:

– Live needs some sort of story line for its career mode. If there is one area where 2K destroyed Live this year, I think it was in the popular career mode, where you take control of a freak named Freq and follow his career from the Harlem projects to NBA riches and greatness. NBA 2K is the only video game that has ever made me cry. Yes, I admit it. I wept at the conclusion Freq’s story (which I will not spoil for you). I got drawn in and caught up in all the drama of Spike Lee’s latest joint and found the ending to be profoundly sad. It surprised me that the story had drawn me in to that degree. From there, you navigate Freq through sponsorship deals, social media, connections with other NBA players and legends, and so on. There are plenty of items in the store to customize your character. The story of Freq was the first of its kind in a sports video game and while many would probably debate me on this, or maybe even call me bad names, I think Spike Lee did a stellar job. The story immerses you fully and deeply in the NBA experience. I can only hope there will be a new character’s story told by another skilled writer in next year’s incarnation of the game. Unfortunately, Live has no story line whatsoever, and as a result it lags behind 2K on the drama front. It’s all left to your imagination. (Imagination, for the young folks, is what we used to use when we played outside as kids before the advent of video games.)

– If I had to pick the worst part of NBA Live,  I would say it’s the in-game commentary. Not sure if you’ve heard Jeff Van Gundy speak before but it’s irritating. His voice grates on the nerves. Nothing he says is of any value whatsoever anyway. The way I play the game is to turn off the commentary and turn on Spotify. Compared to the 2K commentary team, Mike Breen  and Van Gundy are in the bush leagues. The presentation of the games is good but there are no in-game interviews as there are in 2K. This leads to a less immersive experience. 2K loads up its loading times with amusing introductory commentary before and after each game with the brilliant Ernie Johnson, Shaquille O’Neal and Kenny the Jet Smith. They also have Doris Burke doing court-side interviews at halftime and after the game. Live has none of those features. All you get is the gameplay. The rest is up to your imagination.

– The game mode Live needs to improve most is the Dynasty mode. The transaction system doesn’t work and it’s frustrating if you like to keep track of trades and transactions throughout the regular season. You simply can’t because there is no way to see any of the transactions that take place, if they do take place at all. I went halfway through a season without a single trade being made. If there was a trade made, I didn’t know about it because there is no way to check. The news feed in Dynasty mode needs a lot of work, too. It is repetitive and boring. EA could learn much from 2K’s amusing news and social media feeds in the Be A GM mode.

What do you guys think NBA Live needs to do to improve? Should EA shut down the franchise? Or will it catch up to NBA2K in time? Please leave your thoughts in the comments section below.