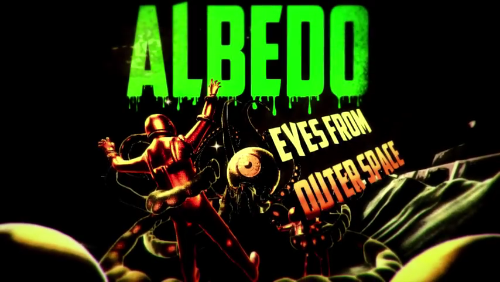 A throwback to the B movies of monsters mixed with outer space from early cinema, this puzzler game has the feel of an early 90s PC game, but can it grab the attention of today’s Indie Gamer? Let me be clear, that even in its faults, this one man team creator did a good job at a decent game.

The story of the game is simple; you play John a worker a secret facility called JUPITER, where laboratory experiments place the facility in a remote location. Right away we are subject to an explosion, and we are taken into a world where monsters and strange happenings occur. Playing on Xbox One, I noticed several issues with graphics and frame rate. When compared to the PC version, I found that the environment and levels are not as beautiful and detailed. Controls are slightly different as well, as currently there is no inversion option for Xbox.

One major annoyance that I noticed right away was the narration from our main character. John unfortunately has the emotional capability of a doorknob and it takes away a lot from the story. That being said, the puzzles in the game take quite an amount of time to figure out and solve. That coupled with achievement hunters, you can look to put a lot of time into the game. Achievements seem randomly placed in the game, with a sort of chose your own method applied. Picking up random objects enough times grants you an achievement. There is a rat in the very first level that if you get bit – you get an achievement. These morph into more difficult ones later down the road, but still are unevenly and strangely placed.

The level design is quite linear and with most adventure puzzle games usually involve the same formula: Enter, explore, observe, interact with objects, solve problems, and exit the room. Tossed in the mix are encounters with the monsters of the game – large one eyed aliens with tentacles. These creatures pose a threat but can be easily dispatched. Each area is compact and small, taking away from large levels and set pieces, but making the puzzling more focused. Puzzles are equally hard to solve, with increased difficulty depending on the level. John’s narration, as well as the help of an unknown device, helps you along giving marginal clues. The narration once again hits a wall with basic interactions turning into words and sentences that don’t lead the story or help with the puzzle solving. The rooms are unique to their name each with a problem that needs to be solved, sometimes more – and then the solution to leave the room. Achievements abound in each area dependent on the path you take, hunters will want to save and reload checkpoints to avoid multiple playthroughs.

Controls in the game are simply but at times awkward, especially with the camera movement and placement. Most objects have a few basic interactions; Observe, pick up, use with. Some have other actions and uses, such as put into inventory or throw. Almost everything in each of the rooms can have an interaction, and this can easily been seen using the mysterious tool to highlight. However, with so many objects in the room to be used or mess around with, it takes away from the puzzle activities and turns into a more of, search everything and you will find what you need philosophy. Weapons in the game vary from bricks to wrenches and shears to guns. Weapons controls are simply enough with aiming not being too much of a challenge.

The atmosphere of the game draws you in as it can be claustrophobic at times. The consistent game of cat and mouse with the monsters amidst the destruction of the lab adds for unique ways of using the room to your advantage. Strange sightings are seen in various levels, along with alien like objects of sludge and grime. There are some blood and gore moments, but not too many. Levels are usually in disarray, with areas destroyed – pipes are burst, lights are out, wires are hanging everywhere.

Unfortunately the seemingly low quality settings on the Xbox One took a little away from the atmosphere and overall genre of the game as it was annoying to look at pixelations or blurred/out areas. I have seen the game running on high settings for PC, and the graphics look much better and more engrossed.

Overall, the game has its moments and is challenging, but is just a mediocre game. The controls could show improvement as well as an increase in graphics. The puzzles are fun and difficult to solve, but eventually become formulaic and slightly repetitive. The narration deters from the story, but the atmosphere envelops you in the world the creator was trying to build. If you are looking for a campy throwback to older games, with puzzles that are challenging and rewarding, you might want to check out Albedo Eyes from Outer Space.