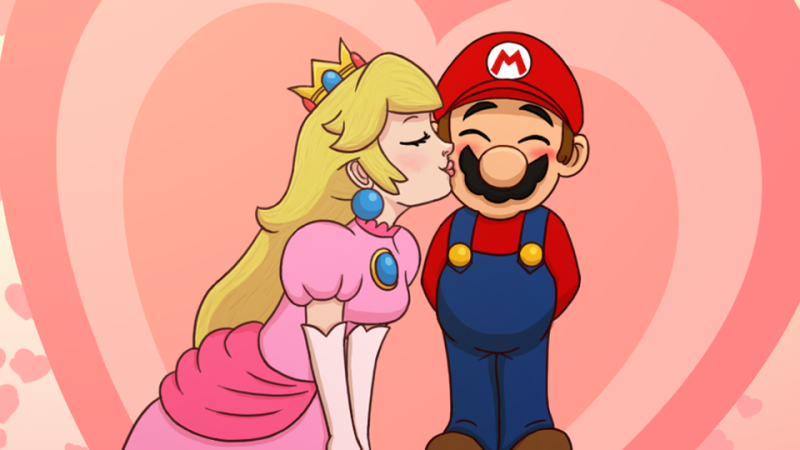 It’s that time of the year where Valentine’s Day has rolled around again and love it or hate it, it’s pretty hard to ignore. We’re sure there’s many things couples have planned today whether it’s a romantic meal out or other various cliché activties but if you’re visiting this article then we’re going to presume you’re looking for a more gamer-oriented activity and if you’re fortunate enough to have a partner who’s as much of a gamer as you are, then we’d thought it’d be nice to do the courtesy of recommending 5 games to play this Valentine’s Day with your other half. So, here are the 5 best video games you can enjoy with your other half this Valentine’s Day.

Lovers in a Dangerous Spacetime:

Lover in a Dangerous Spacetime is quite possibly one of the most romantic games ever made so it’d be a crime not to have it at the top of our list. Lovers in a Dangerous Spacetime is a frantic 1- or 2-player couch co-op action game. Explore a colourful galaxy in a massive neon battleship that you control together by manning turrets, lasers, shields and thrusters. Only through teamwork can you triumph over evil robots, rescue kidnapped space bunnies, and avoid a vacuumy demise. Deep space is a dangerous place, but you don’t have to face it alone! This is an excellent choice for any couple to play on Valentine’s Day and considering it’s pretty cheap; you won’t have to spend too much either.

If your other half has a competitive side to them then look no further than the Wii U’s crowning title: Mario Kart 8. This game might look deceptively friendly with it’s graphics but don’t be fooled: If you play this with your partner then you can fully expect she or he would find joy in trying to destroy you with koopa shells to take the lead so be warned, but also have fun. This is a great choice for any gamers out there that own a Wii U and are looking for something to play with their other half.

Now, if you don’t happen to own a Wii U (don’t worry, you’re not alone) then there’s another great Mario-style choice for you and your other half: Rayman Legends as the best part about this game is that it’s multiplatform meaning no matter what console you own you can play Rayman Legends. The game is avaliable on Xbox One, Xbox 360, PS4, PS3, PS Vita and the Wii U so no matter where you play with your other half, you can play Rayman Legends and trust us, it’s a legendary as the name suggests and since the game has been out for a while and was even offered free on Xbox One with Games with Gold, this is all but a perfect choice! It’s colourful, artsy and has simple yet fun platforming so give this game a go with your other half and you won’t regret it.

This is the go-to game for you and your other half if you both don’t care much for the colourful, more friendly games already featured in this list and you’d both prefer to venture into the Wasteland and shoot stuff. Borderlands 2 was one of 2012’s best co-operative games and it still holds up very well today whether you’re playing the original last gen version or the updated version that comes with the Handsome collection, you can’t really go wrong with Borderlands 2 on Valentine’s Day. It’s widely considered to still be one of the best the best first-person shooters for co-operative play, and if that’s the sort of stuff that sounds right to you and your other half then we’ll sure you, your partner and claptrap will have a lovely time venturing the wasteland in Borderlands 2.

Diablo 3: Ultimate Evil Edition is definitely the dark horse of this list but if you and your other half prefer a game with darker themes then there’s no better game for you this Valentine’s Day than Diablo 3: Ultimate Evil Edition. It certainly isn’t ‘cutesy’ like some of the other games of the list but don’t let that deter you. If your other half likes monsters, zombies, and dark gothic themes then look no further. The couch co-op is excellent and while this might be fitting for a more niche couple, it’s a great game to play on Valentine’s Day providing your both up for it.