What do you get when you mix the realism of Rainbow Six Vegas 2 and ARMA 2, with the close quarters combat of Counterstrike, and then add in a dash of Battlefield? Well if you’re reading this, I imagine you’ve already read the title and know the answer to that question: You get Insurgency. Born as a popular mod for Half Life 2 in the mid 2000s, it wasn’t until 2011 when indie developers New World Interactive (to be referred to as NWI from here on out) announced that production had began on a revival of the mod, this time being built from the ground up as a standalone game using Valves Source engine. After several years of development, the finished product was released via Steam on January 22nd, 2014.

One of the first things that stuck out to me when I hopped in the game was how stripped down it was compared to other, more popular FPSs like for the sake of comparison, Call of Duty. In Insurgency, you don’t have an ammo counter, you don’t have a constantly updated map in the corner, and you don’t have any way to gauge your health. Speaking of health, you don’t have a lot of it either: Depending on the shot, it only takes two or three halfway decent shots to kill an enemy, and only one if it’s a headshot. All of this is for a very good reason: realism. While not striving to be a super complex combat sim like ARMA, Insurgency takes steps to rethinks FPS staples that, once you think about it, are kind of ridiculous. Real soldiers don’t have minimaps in the corners of their vision, or a number counting the number of how many bullets they have left. There’s no green or red dot on a soldier to identify him as friendly or not. And teammates certainly aren’t immune to friendly fire in real life. The point is, it’s refreshing to see a game take another huge step towards realism, while still making the game palatable to a larger crowd on a gameplay level. Which leads me to my next point:

A great example of the minimal HUD

The actual gameplay itself is great. A wonderful comparison to how movement feels would be the Battlefield franchise. It definitely feels and plays like it should be a AAA title, not one developed by an indie developer, but they pull off a great shooter. This, like many other games to use the Source engine, really is a great measuring stick to show off how great the engine is when game play is involved.

However, it’s not all sunshine and rainbows: In Solo and Coop game modes where you fight AI, the AI has been laughably, hilariously bad. As in, “looking at me from across the room and not firing a single shot at me” bad. Now to be fair, this game, like it’s competition in Counterstrike, is almost entirely online multiplayer so these things shouldn’t be quite as big of a concern. And let me tell you, the learning curve starts fairly average for a FPS but as soon as you get the controls down, the curve goes straight up. When playing multiplayer, this game is very easy to learn but incredibly hard to master. Thankfully the community isn’t anywhere near as toxic as other games, so you won’t get too much grief for sucking the first few hours. *cough* League of Legends *cough*

Where the graphics both shines and disappoints in Insurgency: look at the gun lighting vs the ground textures.

Visually, the game is somewhat of a Dr. Jekyll/Mr. Hyde. It has nice (but not overly so) backdrops and lighting, and the immersion factor definitely goes up once someone puts suppressing fire on you, making your screen blurred and distorted. But then you just look at some of the ground and wall textures, and you can see that some corners were cut during development. If game play showed the good sides of the Source Engine, then the graphics showed where the Source Engine is lacking. You can definitely tell that, even though it’s been upgraded, this is a game engine that’s over 10 years old. When playing the tutorial level, I couldn’t help but laugh as the NPC that was guiding me through the level talked without any model movement at all: No head, body, mouth, or any movement until his lines were finished, at which point he walked away robotically like only the AI in this game could. On the plus side, the subsequently lightened load on my graphics card meant that this game was running at a silky smooth 100 frames per second minimum. Sound was also great: Guns sounded like they had some teeth to them. Bullets whizzed by and surprised you, catching you off guard.  Distant gunfire sounded distant and muffled, not just quieter.

This is honestly probably my favorite part about this game. New World Interactive? They know how to support a product. Despite being a quarter the price of a AAA shooter like Battlefield, NWI released game modes, new and updated maps, Linux support, new weapons, as well as open source modding, all for free. This is truly a developer that cares about its fan base. 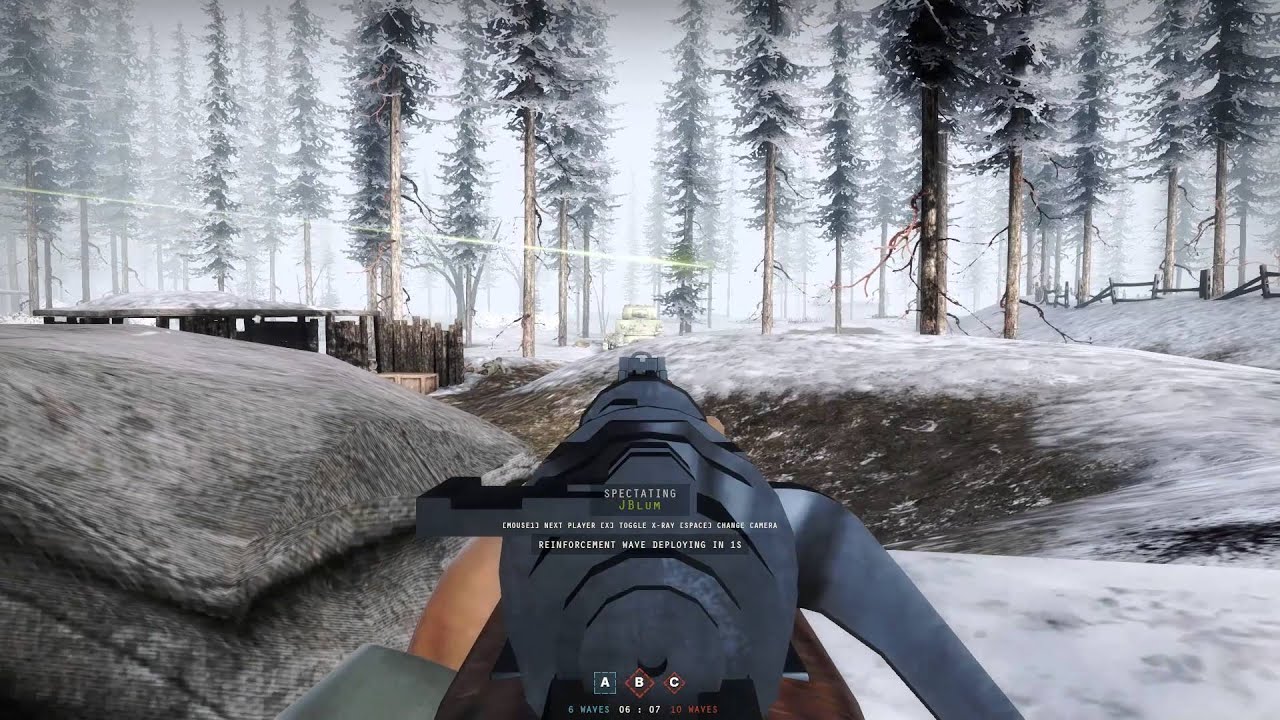 Screenshot of gameplay from the popular WWII mod of the game, called Day of Infamy

All in all, Insurgency is a great game. Despite some corners being cut in textures and AI behavior, what you still have is a challenging FPS that keeps all the great conventions of the genre while tastefully doing away with other conventions in the name of realism. Any shortcomings on the part of the AI can be forgiven solely because it’s multiplayer is so good that you have no business playing any other game mode. If you can get past the creepy NPC in the tutorial level, the occasional noticeably bad ground texture, and the extremely tough learning curve, (which isn’t hard when you see how mature and friendly the community is) you’ll see that this is one of the best $15 you could spend this year. If this is NWI’s first attempt at a full product, I can’t wait to see what they can do now that they have more experience.

0 0
Previous ArticleThe Divsion: Open Beta ImpressionsNext ArticleCould Full Mouse And Keyboard Support End Up Being The Next Big Feature For The Xbox One?