With a fresh start to the year, Nintendo has a clean slate to make 2016 a phenomenal year. With the mobile market on the horizon, the Wii U finishing strong, and the 3DS being a huge success so far, we have a lot to expect from Nintendo this year. Here we’re going to look at just some of the hyped games we have to look forward to in 2016. If there’s any game that I choose to play when I’m stressed out, it’s Pokémon. Pokémon has been with me since my childhood, and I always get hyped when I hear that a new game is coming out. Can you imagine my face when I heard that Pokémon would be hitting the mobile market in 2016? Pokémon GO is an upcoming game for mobile devices that is expected to be released at some point in 2016 for iOS and Android. Nintendo never disappoints with Pokémon, which is why I have included it on this list despite us not knowing much about the game yet. What we do know right now is that it is going to be an augmented reality (AR) game that is going to allow us to catch, train, and use pokémon in real world locations. I honestly couldn’t be more excited about this game. We’re expected to get our first looks of the game in March, but I have a feeling that with the announcement of the upcoming Pokémon Nintendo Direct for the 20th anniversary, I think we might get our first looks in the next couple of days. Fire Emblem: Awakening was a game designed to introduce new people to the series, like myself. However, this game left some players hungry for more – particularly those not so new to the series. So, many wondered what steps Nintendo would take next to satisfy Fire Emblem veterans. Enter Fire Emblem Fates – a brand new game in the series that is expected to launch this year. This game, unlike the others, has a twist that has never seen the series before – the option to choose two different story paths. Essentially, the game follows the same story, but you see a different side of it depending on which path you take. One path, Birthright, is considered to be the easier of the two paths you can take. On the other hand, we have Conquest, which is expected to be more challenging. Yes, a remake made this list. Twilight Princess for Wii is the Legend of Zelda’s second-most selling game of all time (7.26 million on Wii, 1.32 million on GC), right behind Ocarina of Time (7.60 million) (source). Seeing this game being remade and remastered is something I (and many other fans) have been looking forward to for a very long time. While Twilight Princess was great, it definitely had its problems. These include a slow-paced beginning and climbing mechanisms, the annoying quest of trying to find all of the Poes by looking in random places, and graphics that aged horrifically over the past 10 years. All of this has been fixed in the HD version of the game – the beginning has been cut down, climbing vines is much faster, the Poe quest is more ideal with a new hint system (the Poe lantern), and the graphics have been greatly improved. Some argue that they didn’t do much for the graphics, and I see their perspective, but I see a huge difference – especially given the fact that these graphics aged horribly over the years and this is what Nintendo had to work with. This game is just weeks away from release, and many – including myself – can’t wait to get our hands on it. Yes, who could forget Star Fox Zero? It’s that game we were supposed to get in late 2015 but it instead got delayed into earl/middle 2016. I’ve personally never played a Star Fox game before, but the hype is real for those who have, and maybe even for some who haven’t. Seeing as it’s been such a long time since we’ve seen a new Star Fox game from Nintendo, the fan base has been really hyped up with this game coming soon. I myself look forward to trying it because I’ve never played one before, and with the way the game is looking, I expect this to be a wonderful introduction to the nearly forgotten series. It appears that players will use the game pad to control and aim powerful ships captained by Fox McCloud in a space battle against powerful enemies like the series has never seen before. I expect this game to be great, and I think I speak for most fans of the Star Fox series when I say that.

1. The Legend of Zelda for Wii U

Over a year and a half since this game’s been revealed, and we still know little to nothing about it. On the other hand, the hype is real for this game. In this new game coming (probably late) this year, we see Zelda take an open world approach to its style. I think this is going to be really interesting for Zelda, seeing as other open world games like Skyrim have been phenomenal thus far. The secrecy about this game has had many fans concerned in the past, but I think Nintendo has something huge coming our way with this upcoming game. The art style is breathtaking, the enemies look more powerful than ever, and it looks like they’re taking a really innovative approach to this game as a whole. I think I speak for most Nintendo fans when I say that I can’t wait for this game to come out. 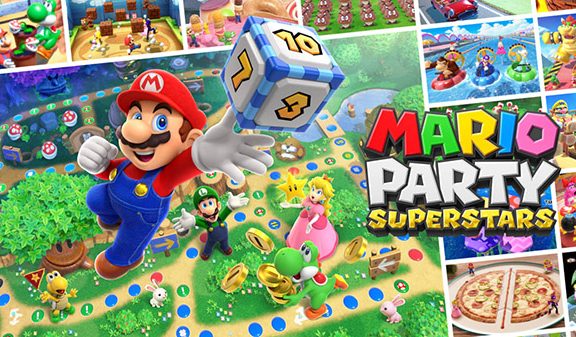